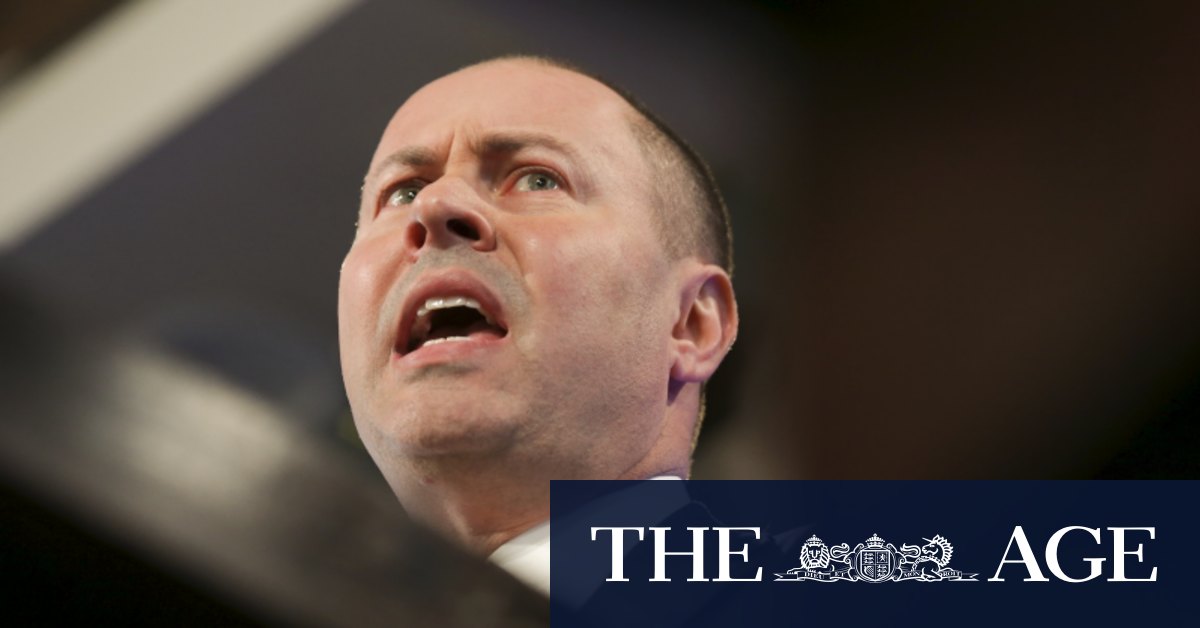 Mr Frydenberg said the government was already injecting record levels of support into the economy via programs such as its $86 billion JobKeeper wage subsidy to help businesses remain open and keep people in work.

But the Treasurer said the government could not just look at the demand side of the economy.

“It is important to go to the supply side. Thatcher, Reagan, that’s an inspiration,” he said.

“Supply side can actually help create and strengthen the economy and that is what we are determined to do, provide boost to aggregate demand, where appropriate, but to encourage
supply-side reform because that will be important to the recovery.”

While highlighting Mrs Thatcher and Mr Reagan, the Treasurer conceded it would take years to repay the debt run-up fighting the coronavirus recession.

He said the government, which between 2014 and last year promised to offset any new spending with a cut of the same size, would not slash expenditure to help balance the budget.

“We are going to be paying back this debt for some time to come, but if we continue to adopt fiscal
discipline, not austerity – we are rejecting austerity.”

Mr Frydenberg said extending to March arrangements for firms on JobKeeper that enabled them to move their staff on to new duties was one way of helping the economy and protecting the job prospects of workers.

The Labor party and unions have signalled concern about the proposal, saying it would introduce uncertainty into the workplace at a time when even the government was forecasting unemployment to reach 9.25 per cent by December.

Shadow treasurer Jim Chalmers said Mr Frydenberg’s address showed the government still had no plan to rebuild the economy out of the recession.

“We need to hear from the government a comprehensive plan for jobs. It needs to go beyond the usual tired, old, narrow ideological obsession that the government has with industrial relations,” he said.

“This recession is not an excuse to indulge those ideological obsessions in the absence of a comprehensive plan for jobs.”