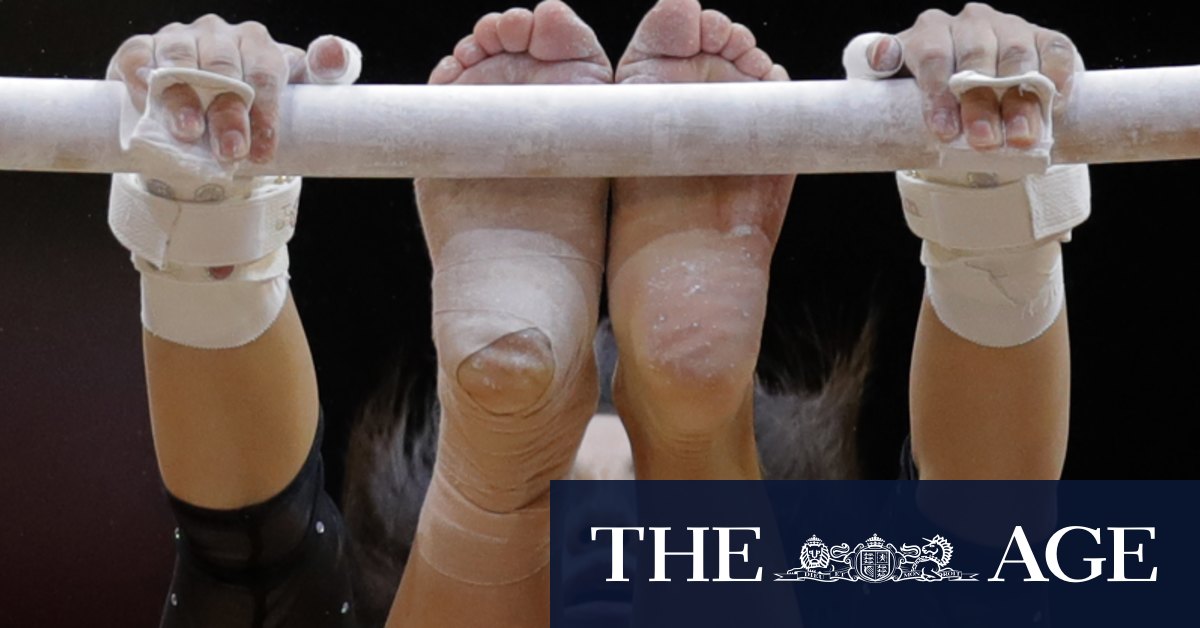 Overall, the inquiry concluded that “no systematic or widespread abuse of female gymnasts had been found to occur at any time”, though it did recommend counselling for Calton.

In 2018, there was another inquiry, after which Gymnastics Australia reported that “the majority of the allegations were found to be incomplete” and that “the investigation took longer than anticipated and an extension would likely increase the burden placed on all parties involved”. No fault or wrongdoing was found.

Some parents are seething still.

In the 1960s and 1970s, it mutated. Instead of a “callisthenics/dance-like activity, it became “an acrobatic sport performed by physically undeveloped (also asexual) children”. “Pixies”, says Barker-Ruchti. In this form, it was found to be both wildly popular, profitable for the adults and politically useful, too. Think Cold War Olympic Games.

But pixie-gymnasts had and have no agency in the shaping of their careers. Even parents, though sometimes aghast, bite their tongues because they do not want to destroy their children’s dreams. I heard it just this week.

Barker-Ruchti compares the culture to doping, which despite best efforts never goes away because the winning imperative trumps all others.

What hope does a kid have?

“Superficially, the pixie model has changed in that some gymnasts are less pixie-like and older,” says Barker-Ruchti. She cites the powerful American Simone Biles, for instance.

The balance of authority/athlete power is shifting, but not quickly enough. “Gymnast protection/welfare measures are only emerging and often vague,” she says. “Gymnastic organisations lack at present effective means to manage and change the toxic culture of women’s artistic gymnastics and abuse allegations.”

This week, more than 20 mostly retired Australian gymnasts descended together on social media to lay out the image of a gymnastics landscape that was at least harsh, sometimes brutal and frankly disturbing.

In it, there are many eerie echoes of 1995: the way some coaches call some gymnasts “fat pigs”, for example. Typically, the gymnast is 30 kilograms. At least one gymnast said she contemplated suicide.

The gymnasts were prompted by the release of a Netflix documentary on the notorious American gymnastics doctor-abuser Larry Nassar and fortified by a worldwide social media movement that has sprung up in its wake, bringing to light a multitude of excesses.

GA was taken aback. Chief executive Kitty Chiller wrote a letter to gymnasts that in a nutshell said: “We hear you.” Some parents were unimpressed; they said they’d heard it all before, and not been heard. Chiller’s name was on the letter that summarily rang the curtain down on the 2018 inquiry.

Matty Clements, the AIS’s wellbeing and engagement officer, said much has changed even in the last two years in terms of places for floundering athletes and parents to go, discreetly. “Even one is too many,” she said. Parents remain sceptical.

The difference this time might be that this is a different time. Previously, it was possible to brush off an allegation as isolated, perhaps sour grapes.

Social media has given the class of 2020 the voice and force of a collective. Allegations have emerged simultaneously in the UK, Ireland and the Netherlands. The UK have already commissioned an inquiry, and the Dutch are now prevailing on the international body to investigate urgently, saying a poisonous culture is “a risk for the entire world of gymnastics”.

Simultaneously, British and American gymnasts are calling for the minimum age for women to compete internationally to be raised to 18.

Dual Olympian Hannah Whelan told The Telegraph that girls are being pushed harder, younger, to perform “scarier” skills, needlessly, because science had made it possible now for women to compete to an older age. That is, an adult.