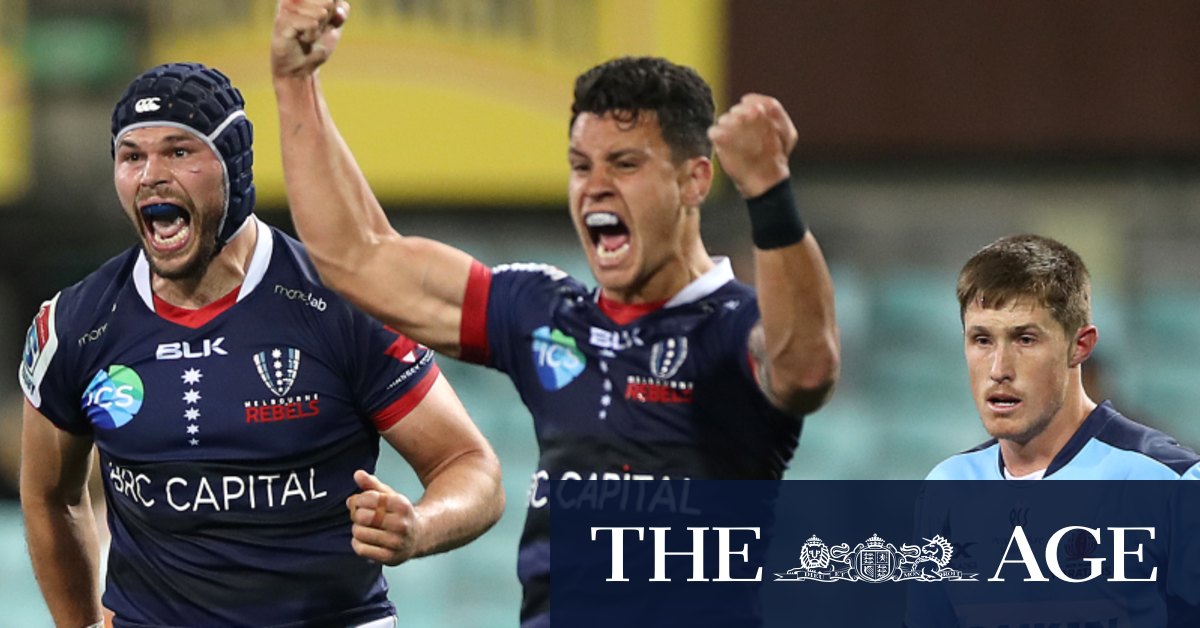 This was the Rebels’ fourth win from 19 starts against NSW and the only time they have gone back-to-back. Their biggest previous win was 24-10 in February.

They will be ecstatic to have spanked their northern rivals at a time when their name has been mentioned as a possible casualty if the axe was to swing on an Australian team next year.

Waratahs captain Rob Simmons was livid after last week’s one-point Brumbies loss and like veteran Michael Hooper, is sick of close losses and pats on the back.

Compared to their nomadic Victorian opponents, NSW had no excuses going into their final match before a bye next week. They have been in Sydney since July 4 with few distractions yet their inconsistency is puzzling.

A small crowd wasn’t treated to champagne rugby by any stretch of the imagination as greasy conditions made ball handling difficult. It’s been a common theme in Super Rugby AU this year and one would love to see how differently games would pan out if played on a dry track in afternoon winter sunshine.

Barely a minute passed without either an infringement or knock-on. Ball-in-play time was down – there were 25 turnovers all up – and at a time when Australia is desperate to convince its Kiwi neighbours it deserves five teams in a new competition, this wasn’t the game to use as evidence.

Referee Angus Gardner certainly earned his money and rightly showed Hooper a yellow card for his second infringement in the 31st minute.

While not captain any more, Hooper would have been bitterly disappointed to leave his team exposed and ultimately, seven minutes later, they conceded a try when Ryan Louwrens dived over.
Hooper was penalised five times and the death stare we’ve seen in recent weeks was back.

The lead changed four times in the first half as the Rebels went into the break leading 19-10 knowing they had starved their frustrated opponents of time and space.

Previous Waratahs’ season in tatters after record loss to Rebels
Next Shattered illusions: how the bubble of American exceptionalism is bursting