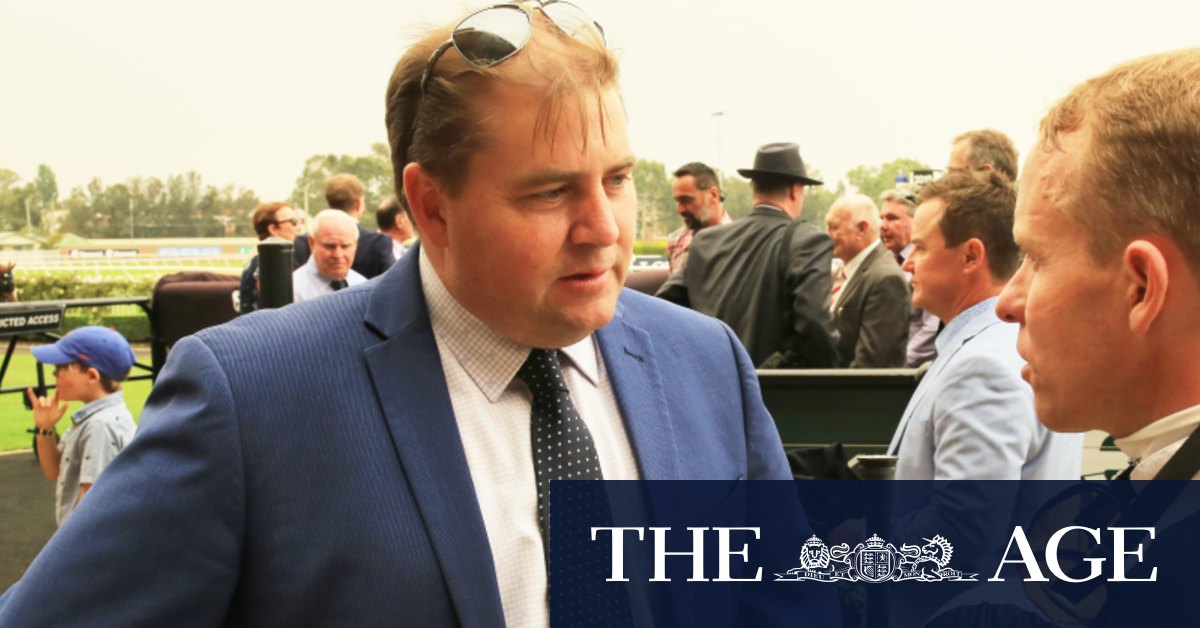 Racing NSW boss Peter V’landys warned one small mistake could have diabolical consequences for the industry, which was forced to abandon a Warwick Farm meeting last week with less than 24 hours notice.

Pfieffer had a staff member who had turned up for work on July 13 oblivious to a NSW Health order for any person who had attended the Crossroads Hotel in the previous week to isolate for 14 days.

The employee was swiftly sent home, but Pfieffer only told stewards about the matter days later.

He reported the incident at the same time all Warwick Farm staff were asked to sign a waiver confirming they hadn’t been to the Casula premises in the prescribed timeframe.

Pfieffer’s employee tested negative to COVID-19 and returned to work on Friday after quarantining.

“It was a stressful week, but it was very well handled by Racing NSW and the NSW Trainers Association, which gave me great support,” Pfieffer said. “It was a good outcome and obviously training a double made it even better. I’m glad it’s now over.”

Pfieffer said he had shown stewards his logs of temperature checks on staff members each morning and had sent another employee home with flu-like symptoms. They weren’t cleared to return to the track until they had the result of a COVID-19 test and produced a medical certificate.

In a statement provided to the Herald, Baker said he told a staff member who had been at the Crossroads Hotel on July 4 to immediately isolate for 14 and undertake a test. They returned a negative result.

Another was also asked to quarantine after their parent, whom they lived with, had frequented the facility.

“As soon as Baker Racing management found out that any member of staff had attended The
Crossroads Hotel, or were a close contact of a person who had, they did not set foot on the
premises and both affected staff members self-isolated in accordance with health directives,” Baker said in a statement.

“We stepped up temperature surveillance of remaining staff, had discussions with staff regarding
symptoms and social distancing, and confirmed no further staff attended The Crossroads.

‘We want to keep everyone’s eye on the ball because it can only take one mistake and the whole industry can come crashing down.’

“The health and safety of my employees and industry participants is very important to me. This
is reflected in the precautionary actions and measures I and my staff have taken in response to
these challenging circumstances.”

Global racing and breeding giant Godolphin stood down four staff members earlier this month, pending the outcome of coronavirus tests, after swiftly informing stewards they had also been at the Crossroads Hotel.

“We’re no going to take any risks,” V’landys said. “The industry has been so disciplined for three or four months and we haven’t had a problem.

“We want to keep everyone’s eye on the ball because it can only take one mistake and the whole industry can come crashing down. We have to take a hard stance because we don’t want any ifs, buts or maybes and we want to show the government we’re responsible.”

Horse racing has been the only sport which hasn’t been suspended during the COVID-19 pandemic despite temporarily slashing prize money levels, including for Sydney’s two-day The Championships.

Victorian racing participants have been told it will be compulsory to wear masks at meetings effective Saturday, including jockeys who will wear them at all times on course, except when on horseback.