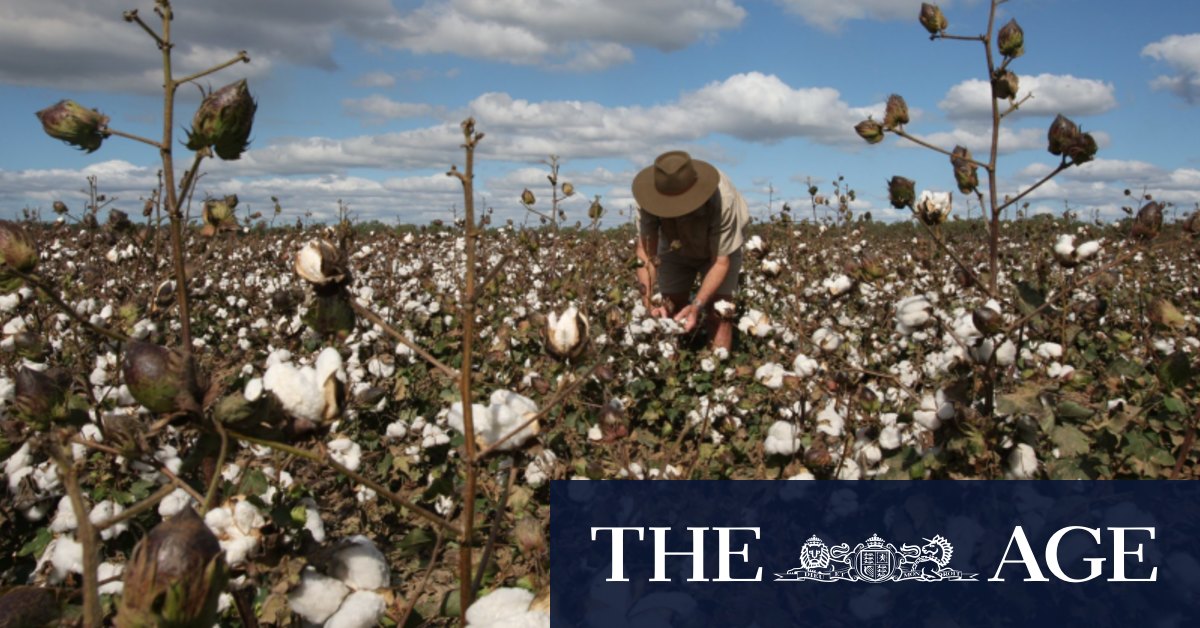 Industry sources said growers were left with few options to resell their bales, and most took offers of about $420 a bale.

Weilin entered voluntary administration in July. The administration firm Vincents has identified 130 creditors – taking in many more individual farm businesses which are involved in cooperative marketing companies and family trusts.

The impacts varied across businesses. Many farmers spread risk by selling to several merchants, but there are reports of growers who sold more than 1000 bales to Weilin.

The collapse of Weilin is unprecedented in the cotton industry. Australian grain growers frequently cop losses when traders, who operate in a more volatile global market, go under unexpectedly.

But never before has a large cotton merchant gone bust and left growers to foot the bill.

The company’s directors, Zhang Lin and Liu Wei, also own Weifang CHN-Miracle Agricultural Products, based in Shandong in northern China. The company invested more than $200 million in a cotton logistics processing plant to process 500,000 tonnes of lint annually. Large companies in China often have links to the Chinese Communist Party.

Zhang told Chinese state media in 2016 that the Australian market was a big opportunity for Chinese cotton producers.

“We took advantage of the strategic opportunity of the ‘Belt and Road’ and the policy of the China-Australia Free Trade Agreement to transport seed cotton from Australia back to the Weifang Comprehensive Free Trade Zone in our factory for processing,” he said. “Because the processing cost in China is much lower than that in Australia, it can greatly reduce production costs and improve our cotton’s ability to resist risks in international market fluctuations.”

Zhang said in May that production at Weifang CHN-Miracle Agricultural Products had restarted after being put on hold during the COVID-19 pandemic. “At a stage of coronavirus pandemic is passing and production is resuming,” he said.

The agriculture sector has been nervous about further trade strikes from Beijing after Australia was hit with restrictions on beef and barley in response to the Morrison government’s calls for an independent inquiry into the origins of the coronavirus. The relationship has deteriorated further over disputes involving Chinese telecommunications provider Huawei and new national security laws imposed by Beijing on Hong Kong.

Australia rejected China’s claim to key parts of the South China Sea on Saturday, joining the United States in branding the territorial ambitions unlawful at the United Nations.

The move could pave the way for increased naval engagement in the area a week after Australian warships encountered the Chinese navy in disputed territory between Vietnam, Indonesia and the Philippines.

The strategically significant area has large oil, gas and fishing resources. Up to one-third of the world’s shipping passes through it. South Korea and Japan rely heavily on the route for their supply of fuels and raw materials.

The government has been surprised by the lack of immediate trade retaliation from China in response to its decision in early July to offer Hongkongers who wanted to stay in Australia visa extensions. Communication between producers, Austrade and ministers’ offices has calmed down after a frantic first half of 2020.

Andrew Woods, an analyst at Mecardo, said commodities consumed in China, such as beef and barley, were more open to manipulation than a re-exported material such as cotton.

“But something that goes into China and is processed and then re-exported in large amounts, that is a different matter from a Chinese perspective because they don’t want to upset their exporters,” he said.

“It’s a new paradigm with Chinese industrial companies when they come in and use market share and then use price as the hook,” he said.

“It’s usually buyer beware but in this case its sellers beware. All Chinese companies have some level of government involvement. It might have been that the state representative in the company has been told to cut it loose.”

Hutchins backed the government’s more assertive China strategy. “I heard some China apologists say why are we being so hawkish? Why would be biting the hand that feeds us?” he said.

“Worst case China hits us, the dollar collapses, and we get other markets. Some people would be significantly affected by China pulling the pin but all that means is someone else’s misfortune in the short term might be better for others in the long term.”