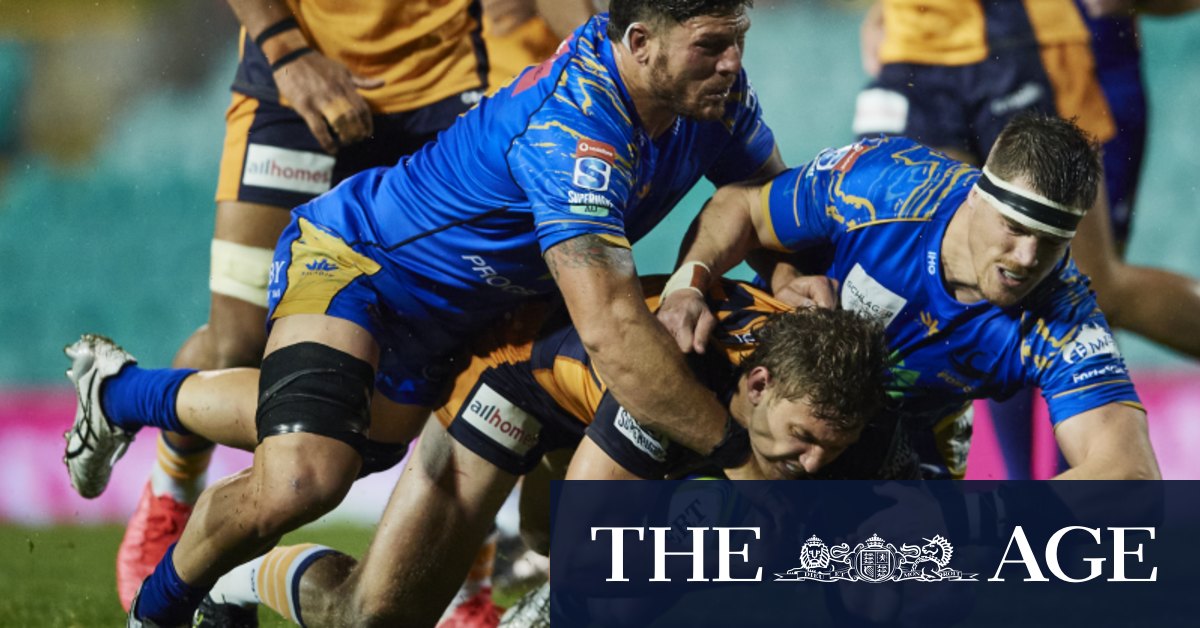 Four weeks into a 10-round competition and the Brumbies appear a strong chance of finishing on top, which would earn them a breather in the first week of the finals.

The quality of this fixture was much better than Friday’s error-riddled showing between the Waratahs and Melbourne Rebels, and the scoreline wasn’t a fair reflection of how much the Force took it to the Brumbies.

Force captain Jeremy Thrush said: “It just shows where the benchmark is overall with the Brumbies and where we need to get to. We kept fighting.”

Brumbies back-rower Will Miller was outstanding and made the most of his start at No.7. His agile finish for a five-pointer down the left edge was excellent, as was his work at the breakdown.

Even with his side up 12-0, the cameras caught coach Dan McKellar having a small blow-up in the coaches box after referee Damon Murphy awarded a scrum to the Force once it was determined they hadn’t got the ball down for a try.

Whether the call was right or wrong, McKellar’s emotion was an insight into how much he cares.

Seldom do we see the likes of Rob Penney, Brad Thorn or Dave Wessels doing the same. While that is not to say they don’t take their roles extremely seriously, McKellar’s passion is great to see.

He demands high standards and has cultivated a group that is making winning a habit. The four-tries-to-nil result was the side’s15th victory from their past 17 Super Rugby outings.

Expect a stack of Brumbies representatives to make their Wallabies debuts this year.

Big forwards relished the grind in wet conditions and there was no shortage of physicality. At one point, Thrush hit the deck after a cheap shot from Folau Faingaa into the ribs. The Brumbies hooker can consider himself lucky to not have been penalised or carded.

Wright had a super game and was an everywhere man on the wing and in closer as well. He made 131 metres from 13 carries. For context, the next best on either side was Marcel Brache with 45 metres.

And despite recent wobbles, the Brumbies scrum found its mojo once again, particularly in the second half.

The Force remain winless in Super Rugby yet certainly haven’t embarrassed themselves in their three matches thus far.