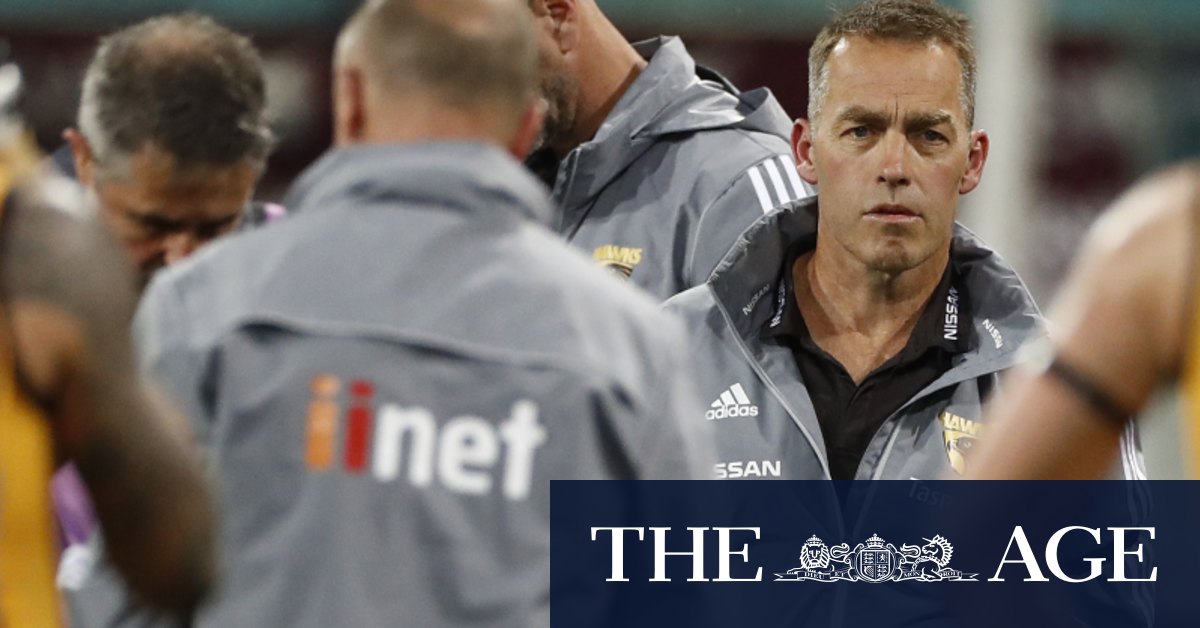 While this includes established names such as Shaun Burgoyne, Jack Gunston and Ben McEvoy, the jury is still out on recent acquisitions like Tom Scully and Sam Frost.

They have not come at great cost to the Hawks in terms of draft picks but it has skewed their age demographic. They were beaten by a much younger and more inexperienced Swans side, which had just two players who had played more than 150 games.

He [Papley] milks a free kick as good as anyone in the competition and he did so again on this occasion.

Clarkson said that while the season was still alive they would not be making significant changes.

“We’ve got a group that’s just down a bit on confidence at this present time and we’re trying to work our way through a very unusual circumstance in terms of what we’re playing, the environment,” Clarkson said.

“As we sit fit, we’ll look at our list and where we think we’ll win our next premiership. It’s going to be very, very hard from here to have any sort of impact this season but who knows it can turn around very, very quickly too.

“Whilst the season is alive we’ve got a job to do, to be as competitive as we can, but also keeping an eye on the future too and seeing what young players we can blood over the next six to eight weeks and see where it takes us.”

Clarkson was critical of the umpires for paying a controversial free kick to Tom Papley, who was shoved to the ground by James Frawley after goading Brownlow medallist Tom Mitchell for a poor piece of defending. It gifted Papley a second goal.

The Hawks were on the wrong end of a 22-13 free kick count, which Clarkson said was “like an extra player on the ground”.

“There will be games when we’re in front in the free kick count, it didn’t work out for us this game,” Clarkson said.

“He [Papley] milks a free kick as good as anyone in the competition and he did so again on this occasion.

“You just wish they were consistently paid to everyone who is knocked off the ball like that. There were five on either side tonight and they paid one.”

Swans coach John Longmire was bemused by Clarkson’s claims about Papley but opted not to return serve.

“I’m not here to comment on that and I don’t think I will be commenting on opposition players.”

The Swans’ win may have come at a cost with skipper Dane Rampe hurting his hand. Though he played out the game with his hand bandaged, he was grimacing at times and the Swans are unsure if he will be fit next week.