‘Go with your heart’: Hunt’s advice to in-demand teen Suaalii

admin 1 week ago Sport Comments Off on ‘Go with your heart’: Hunt’s advice to in-demand teen Suaalii 11 Views 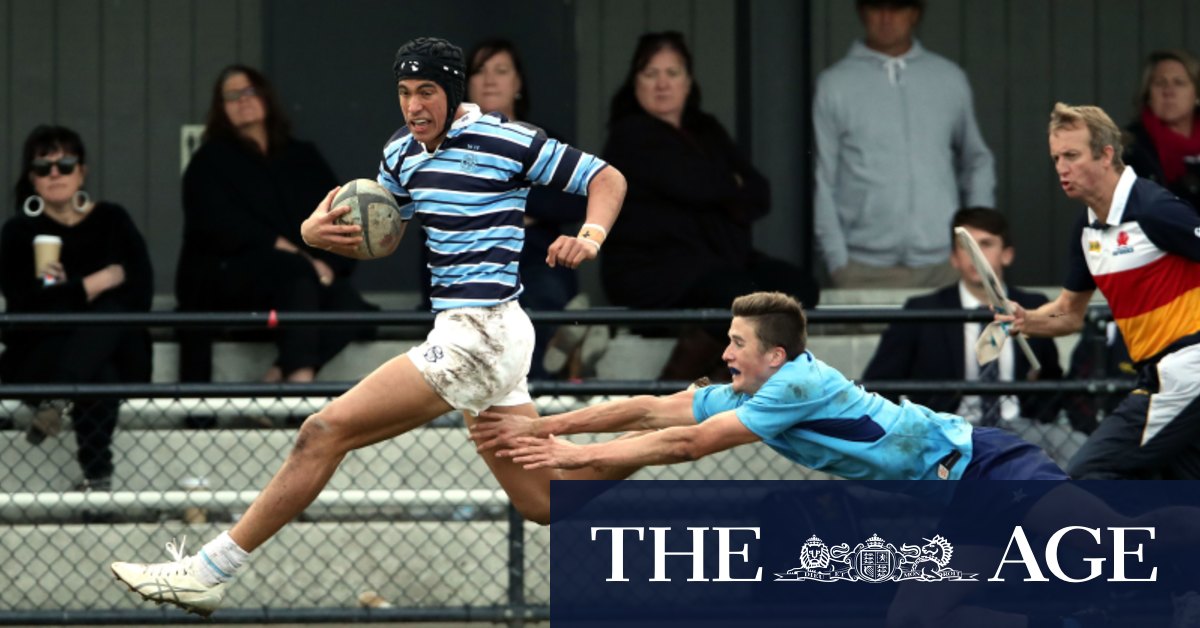 Having had stints in the NRL, AFL and now in Super Rugby with the Waratahs, Hunt is well placed to offer advice, having been scouted as a prodigiously talented youngster when he was still a teenager.

“My message would be to go with your heart and choose a game you would enjoy,” Hunt told The Sun-Herald. “Nothing to do with money or opportunity or pathway, just do what you want to do. You’re 16 years old. If you love playing rugby league or rugby, just go and play that. There is so much time to think about other factors. Make sure you enjoy your football and have a good environment around you. Only you know that.

“You can’t force him to rugby. There are different things rugby and rugby league are doing to try and tip the scales in their favour. At the end of the day, whatever he thinks is going to make him happy, I think he’ll choose that.

“He’d be getting so much advice. As someone who is a dad as well, I just wish him all the best.

“He’s got one of the best mentors in Wayne, who brought me through. If he were to come to rugby and stay in rugby, I’m sure he’d be a great asset to the game.”

Rugby Australia is confident of landing Suaalii’s signature, with the King’s year 11 student likely to end up at the Waratahs.

However, the Waratahs certainly didn’t stake a claim on Friday night to entice Suaalii to the franchise after limping to a 29-10 loss to the Melbourne Rebels in their heaviest defeat to the Victorians.

It was the club’s eighth loss from 10 matches this year, having played six games in Super Rugby and then four in a revamped Super Rugby AU competition.

“You’re always looking at what’s in front of you and the potential of the team you’re going to and the state of the game,” Hunt said. “If I look back at my situation, [the team and environment] is something my parents and manager were worried about, but I guess as a 17-year-old kid I just wanted to play football, and that was rugby league back then.”

Hunt said he wasn’t aware of player unrest at the Waratahs despite the fact RA has been talking to Suaalii during a nation-wide freeze on player contracting.

“At the end of the day, nothing has been done, from what we understand,” Hunt said. “In saying that, [interim RA] chief executive Rob Clarke emailed the playing group once the news broke. Whether he got a bit of blowback I’m not sure, you’d have to ask him.”

It’s back to the drawing board once again for Rob Penney’s side, who head into a bye week with one win from four starts and hanging on for dear life to stay in the race.

Hunt agreed with Penney’s assessment the group lacked intensity from the first whistle.

“It was a bit of a smack in the face,” he said. “We let ourselves down in too many areas, especially discipline. We just didn’t give ourselves a chance. In top competitions, you can’t afford to do that.

“You could tell they were chomping at the bit to play footy after a week off. They were quite energetic around the park. They were very dominant with the ball in hand.”

Meanwhile, the Waratahs confirmed captain Rob Simmons has fractured a rib and will spend two to three weeks on the sidelines.