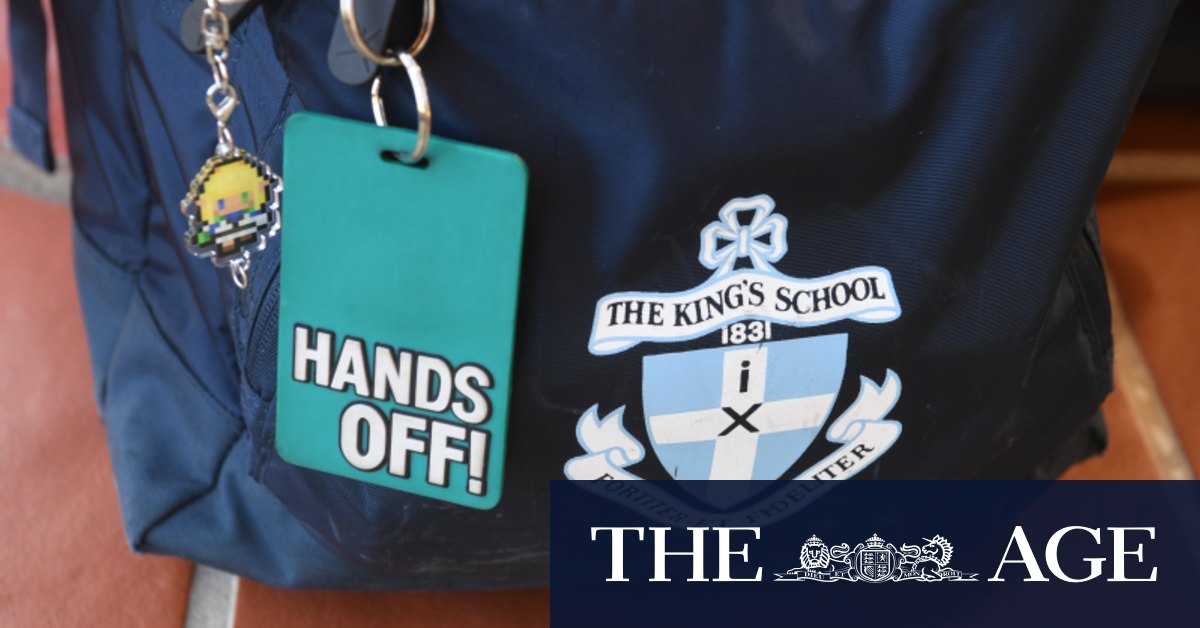 At St Joseph’s, day students pay $34,860 a year, boarders pay $48,720 for tuition and board, and international students pay up to $65,300. But the school — where almost half of the 1000 students are boarders — had revenue drop significantly after school closures in term two.

“St Joseph’s College undertook a rigorous analysis of its financial position and a significant revenue loss was clearly evident, particularly with the cessation of on site boarding and co-curricular operations,” headmaster Chris Hayes said in a statement.

“JobKeeper has gone a long way towards ensuring that the College does not suffer a major financial
loss, and has enabled the College to continue operations without standing down a significant number of staff.”

The King’s School, which has a significant boarding population, has also accessed the payment for some staff. It charges annual tuition fees of up to $38,284, and gets a per-student government subsidy of about $4500, but no direct support for the boarding house, for which fees are $27,253 a year.

King’s raised almost $3 million from other sources in 2018, but money collected specifically for projects such as building cannot legally be used to pay for salaries.

The head of The Armidale School, Alan Jones, said the closure of boarding for most of term two had a dramatic impact on income.

“At the same time, because of the school’s large residential population, the school has a considerable number of boarding, housekeeping, grounds, catering and maintenance staff for whom there is a duty of care to keep employed in some capacity,” he said.

Geoff Newcombe, chief executive of the Association of Independent Schools of NSW, said independent boarding schools were not-for-profit, and catered mostly for regional students — many of whose families have been hit hard by drought.

“Prior to the COVID-19 pandemic, many of these schools had provided fee relief to families totalling tens of millions of dollars in NSW alone to enable students to continue their studies,” he said.

“It is therefore critical for these families that boarding school are kept open and their staff retained. All schools who meet the government’s criteria are eligible to apply for JobKeeper.”

Beth Blackwood, the chief executive of the Association of Heads of Independent Schools Australia, said principals’ concerns for their staff would be a key reason to apply for the subsidy.

“There are ethical considerations for every principal who applies for JobKeeper,” she said. “I think they all look to it as a possible means of financial sustainability and viability across this time.”

Between 10 and 15 per cent of students at Australian boarding schools are from overseas, and that market has been hit particularly hard by COVID-19, said Tom Dunsmore, the general manager of the Australian Boarding Schools Association.

The border closures have created significant uncertainty for schools, particularly those that have high numbers of overseas boarders.

“A fair few went home … and we don’t know when we are going to get them back,” he said.

A spokeswoman for the Australian Taxation Office said non-government schools must meet relevant eligibility requirements to claim JobKeeper. Public schools did not qualify because government entities are excluded.