Saints march all over Power’s parade

admin July 25, 2020 AFL Comments Off on Saints march all over Power’s parade 58 Views 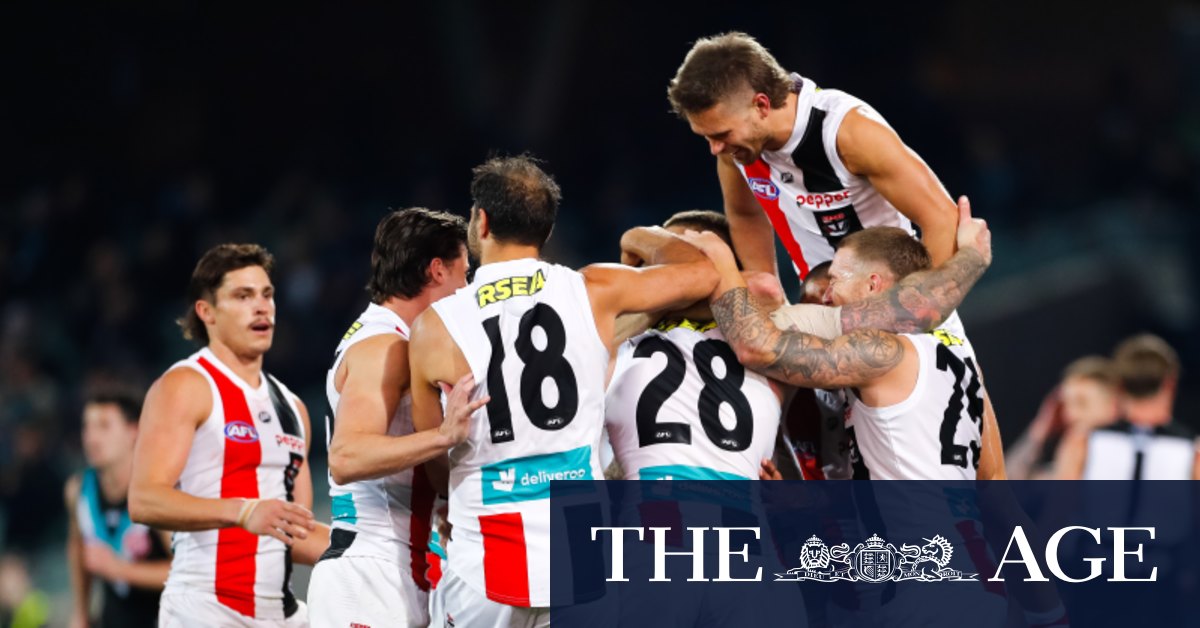 Port Adelaide will rue their third quarter effort when looking back at this game.

As is customary for the Power, their aggressive high press locked St Kilda into their defensive 50 for most of that quarter. However, the Saints defended desperately and the Power could only cash in for two goals in the term, with the Saints also getting two of their own through Dean Kent and Rowan Marshall.

The Saints kicked five goals to zero in the final term and broke open a game that had been an arm wrestle to that point in an eye-catching manner.

Sometimes criticised for playing ballistic footy with no second gear to control the game, the Saints had a good balance against the Power.

This performance will be the standard they are held to now, and the one that announced them to the competition as a threat in 2020.

It was an interesting game for the high-profile, big men Marshall, Ryder, Max King and Charlie Dixon.

King and Dixon were very quiet in the first half, save for a couple of strong marks on the wing for the latter but he couldn’t influence the scoreboard.

Dixon then goaled from the first centre bounce in the second half, marking easily and converting the set shot.

If there was one criticism of Dixon it is that he did not play close enough to goal.

The question for St Kilda remains – is it worth playing Ryder and Marshall at the same time? It helped them dominate the hit outs in this game, and also translated to a clearance dominance.

With his follow up work, Port Adelaide’s inexperienced ruck Peter Ladhams had a decent game and arguably matched both his opponents.

Marshall kicked two crucial goals but those were as a forward, not pushing off Ladhams. Maybe that’s a statistic that keeps Marshall and Ryder playing together?

Ryder and Marshall were a lot more handy than Ladhams at the centre bounces too, and the Saints looked best when bursting from those as they chased the game.

Footy has changed a lot of late but it was still surprising to see the entire St Kilda 22 doing breathing exercises at quarter time.

Standing in a tight huddle, and most with their eyes closed, the Saints players slowly breathed in … and out.

“I reckon Paul Vander Haar used to have a dart at quarter time,” Matthew Richardson said on the commentary.

Presumably it was done to focus the Saints and calm them in what can be a pretty frenzied, pressurised environment at the Adelaide Oval.

It seemed to work. The Saints come out on top in a tight second term by turning a six point deficit into a three point, half-time lead.