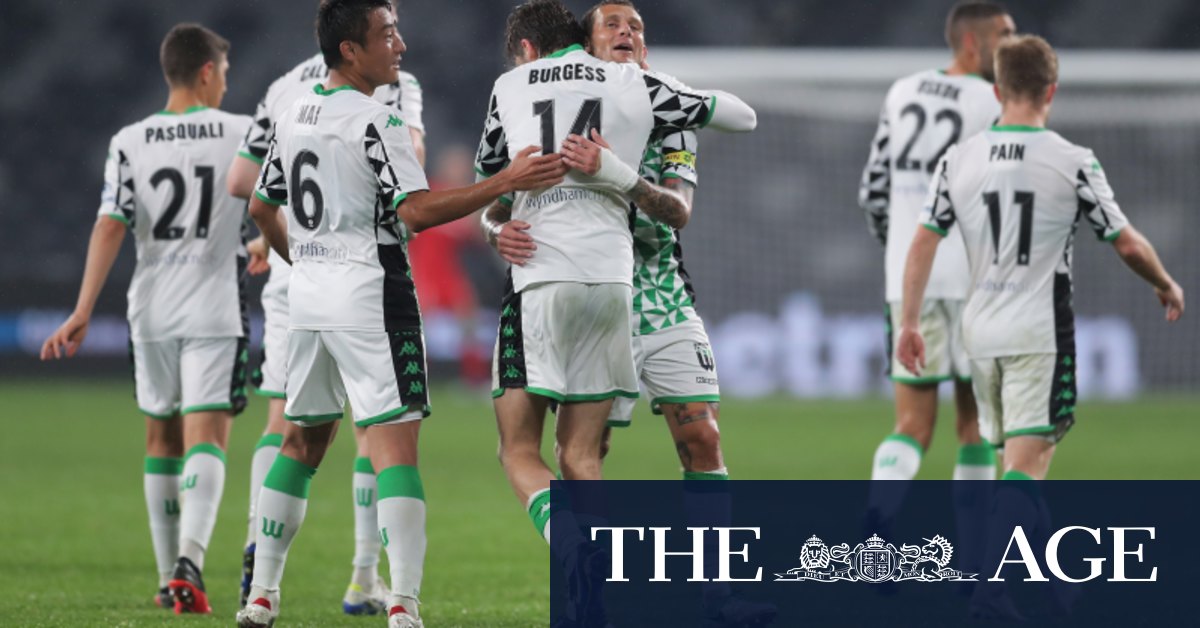 The biggest surprise on Victory caretaker coach Grant Brebner’s first team-sheet was the absence of first choice goalkeeper Lawrence Thomas, replaced by Matt Acton. Reports on Saturday night suggested Thomas might have played his last game for Victory with a European move imminent.

Absence makes the heart grow fonder, but to see the flicks, touches and passes sprayed around by Western’s talisman Alessandro Diamanti was another reminder of the quality he brings not just to his team but to the A-League as a whole.

It is not surprising that Burgess has improved significantly from operating alongside the Italian in training sessions and games.

Diamanti was instrumental in one of Western’s most threatening moments while the game remained scoreless, orchestrating a fast-paced break after a Victory attack broke down with a telling pass to Burgess. His ball was aimed at Besart Berisha, but a well-timed James Donachie interception stopped the Victory striker from making contact.

It wasn’t all one way traffic, however, as Victory, with defender Aaron Anderson earning a booking less than a quarter-of-an-hour into his first A-League appearance, and teenager Birkan Kirdar looking to show his skills, had their share of possession.

In fact the best chance of the first half – bar the goal – fell to Marco Rojas after he made a smart diagonal run to latch on to a forward pass in a swift counterattack only to drive his shot wide.

The opening goal came shortly before the interval and it was an excellent, set piece move, converted by Uskok with a deftly flighted shot on the half turn, after a short corner move involving Connor Pain and the energetic Burgess, whose run into space and cross set-up the opportunity.

Brebner gave another teenager, Luis Lawrie Lattanzio, his A-League debut, bringing him on five minutes into the second half.

But it was not long before Western doubled their advantage through a terrific first time strike from the ebullient Burgess, who lashed home after Pain had chested down a cross from the right.

Roux’s glancing header from a Rojas corner was just reward for Victory’s fighting spirit. Brebner will take heart from the way Victory fought on, but they could not find a late leveller.

Sydney, as a result of the draw, cannot be caught in the race for the premiership now.

“Having won the inaugural Hyundai A-League Championship in 2006 and the premier’s title for the first time in 2009/10, Sydney FC have been one of the most successful clubs in the history of this competition,” FFA chairman Chris Nikou said.

“We also congratulate Sydney FC’s owners David Traktovenko and Scott Barlow, along with their chief executive officer Danny Townsend and his staff for their efforts off the field to make this achievement a reality.

“The race for the other places in the top six is now heating up and there is still plenty to play for in the remaining regular season matches.”