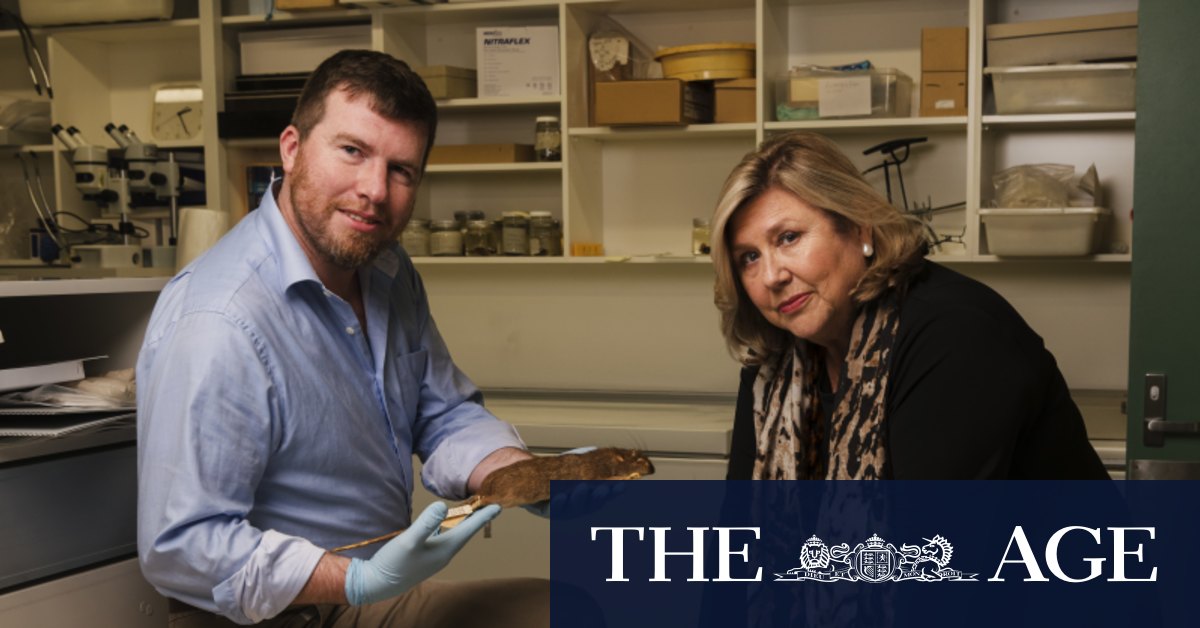 He said pinpointing the species of animal should be a research priority, together with medical treatment and a vaccine. Otherwise there was a risk the virus would become a ‘‘modern plague repeatedly sweeping the globe’’.

Australian Museum director Kim McKay said their collections, including whole animals, skins and DNA samples, were untapped reservoirs of information for identifying viruses. “The collections hold the key to help us understand where and how a virus starts and mutates,” she said.

Professor Helgen said the hunt for the COVID-19 host animal could be done by utilising these vast collections globally with field work by researchers. Once the host animal was found, authorities could devise strategies to contain the disease as well as identify other potentially deadly pathogens.

“Now that this virus has spread in 2019 and 2020, we need to know more about it. Why did it emerge now? Is this something we can expect to happen again and again?” Professor Helgen said.

Many are looking at historic pandemics such as the bubonic plague, which is considered the deadliest in recorded history, with three major outbreaks, the worst in the 14th century, and was still occurring last century.

Professor Helgen said a researcher working on fleas in the great collections of the Natural History Museum in London in the early 20th century made the painstaking comparisons that identified the source of the Black Plague.

Similar work was carried out fighting Lassa fever in Africa during the 1960s and 1970s which used museum collections to identify a small mouse in western Africa as the disease carrier. Australian Museum researchers also worked with the US Typhus Commission to identify the species of rats and mites carrying the deadly scrub typhus killing allied troops during World War II.

The focus is on zoonotic diseases or zoonoses which are illnesses or infections that humans catch from animals, usually vertebrates. AIDS, smallpox and measles are thought to originally have been zoonotic.

In addition to direct transmission from one species to another, zoonoses can be transmitted via an intermediate species, called a vector. The coronavirus, SARS-CoV-1, which caused the outbreaks of severe respiratory illness in 2002–2004, originated in bats but infected humans via civets as an intermediate vector.

Similarly, the coronavirus pandemic, caused by SARS-CoV-2, is believed to have come from bats but reached humans possibly though contact with pangolins.

“COVID-19 is just one of perhaps an almost infinite number of pathogens that exist in nature, and it’s very hard to predict which one of those are important to human health, but getting out ahead of it is what we need to do,” Professor Helgen said.

Heath Gilmore is the Saturday Editor of The Sydney Morning Herald.

The oldest of five siblings, David was a “horrible big brother” to his four younger …