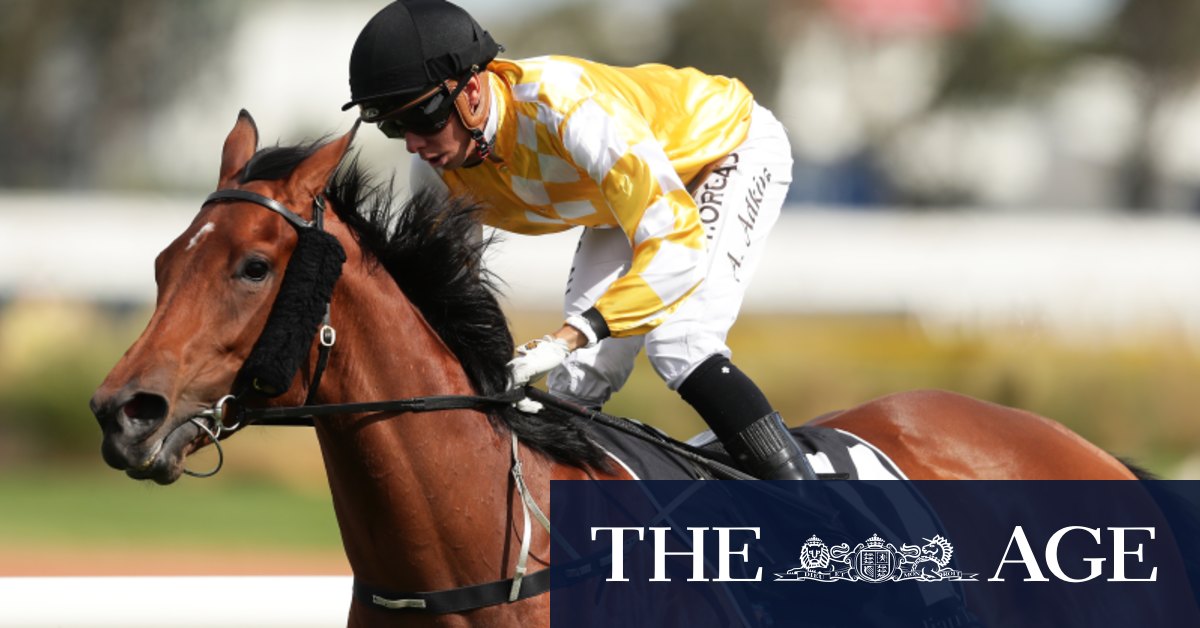 Winx’s rider Hugh Bowman was questioned on race day over his role in the drama after his mount Smart Image, which went on to win the race, made contact with Hot ‘N’ Hazy as it searched for a run to the outside of Mr Colorful.

It was Bowman’s first race ride in a month after a hernia operation and short holiday before the new season. He finished the meeting with a winning treble, including success on Mugatoo in the Winter Challenge.

Bowman is understood to have spoken to Adkins on Saturday night and stewards are expected to resume the inquiry as soon as possible.

Adkins on Sunday night was in Westmead Hospital’s high-dependency ward recovering from surgery, which involved a rod being put into his tibia and a plate fixed to his collarbone.

He also had a drain put in his chest to ease pressure on a collapsed lung, the result of seven fractured ribs.

Adkins is expected to spend two days in the high-dependency ward.

Magorrian, who miraculously managed to stay aboard his mount Oscar Zulu despite both feet coming out of the irons, sprinted back down the track with colleagues Berry and Robbie Dolan once he realised Adkins had fallen.

“He was in a bad way,” said Magorrian, who was riding the fourth and final horse on the end of the interference. “It was quite a scary scene.

He was telling me to keep giving him the green whistle. He just said, ‘don’t stop’

“Andrew is quite a close mate of mine and my natural reaction when he fell, I was quite distraught about it. I was holding his head as well as the green whistle.

“[But] Andrew made it easy for me, Tommy and Robbie Dolan. Even though he was in such a bad fall he was still trying to crack jokes. He was telling me to keep giving him the green whistle. He just said, ‘don’t stop’.”

Still aided by painkillers, Adkins took to Instagram on Saturday night to tell the racing community he was in good spirits. He still had a full memory of the fall.

Adkins rode his maiden group 1 winner aboard Daysee Doom for his old boss Ron Quinton in the Coolmore Classic in 2018, the season after he was crowned Sydney’s champion apprentice.

He has had a wretched run with injury since, including a fall during the first race at Winx’s farewell raceday during The Championships last year. His injuries from that incident sidelined him for months.

On Saturday’s fall, Berry said: “You always expect the worst. I got a good look at what had happened and I’d seen him fall and what had come over the top of him. It was a big relief to see his eyes open and he was talking straight away.

“He’ll only come back better and stronger. That’s the sort of person he is. It says a lot about his attitude, how resilient he is. He’s a tough cookie, a talent, and it’s showed since he’s come back this time. He’s got a lot of good years ahead of him.”

‘Fearful of retirement’: Warren to make call on future in coming weeks

Nine are yet to formalise their official league line-up for the 2021 NRL season, and …