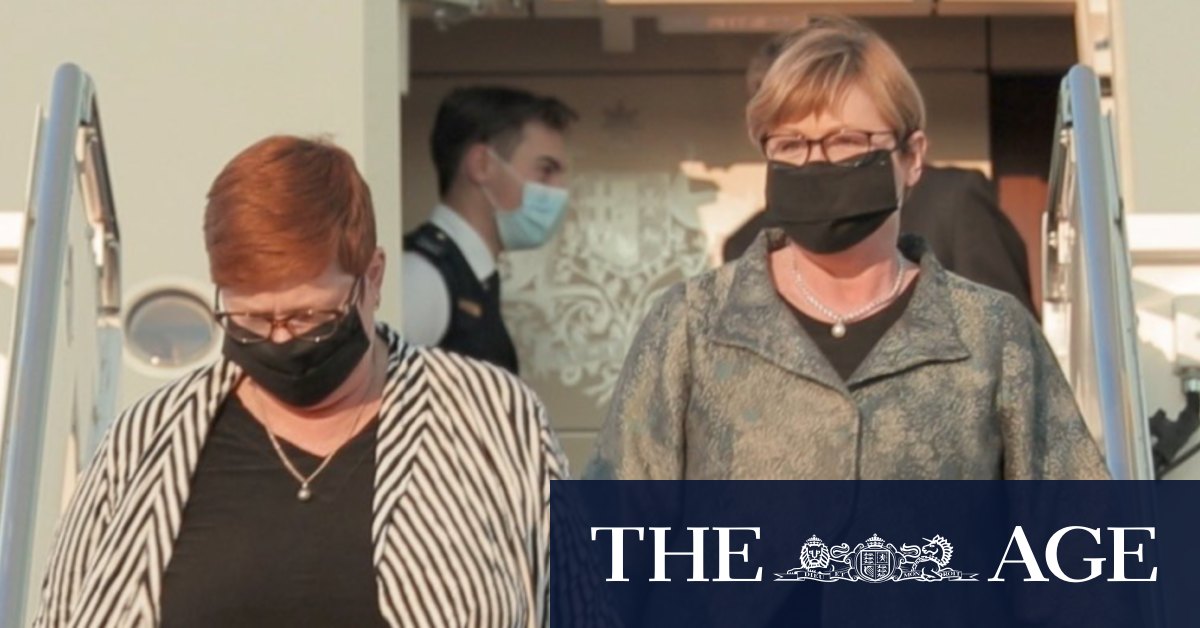 US ambassador to Australia Arthur Culvahouse jnr said the AUSMIN discussions this week would “continue our important work with Australia for the peace and prosperity of our region”.

“We commend Australia for its leadership in rejecting the PRC’s [People’s Republic of China’s] illegal claims in the South China Sea at the UN and in strongly calling out malign PRC behaviour when and where it occurs,” he said. “Australia’s robust and ongoing leadership in the region helps secure our shared vision of a free and open Indo-Pacific.”

The US is keen for Australia to join its navy in freedom of navigation exercises in the South China Sea, which would involve sailing within 12 nautical miles of features claimed or occupied by China. However, government sources said Australia’s decision not to participate in FON exercises had not changed.

The move to ramp up naval engagement in the area comes weeks after Australian warships on their way to conduct joint exercises in the Philippine Sea were confronted by the Chinese navy. The Australian and US governments have played down the incident.

But in a sign of increasing hostility in the region, the People’s Liberation Army began live fire drills in an 8 kilometre radius in oceans near the South China Sea on Saturday.

China’s Foreign Ministry has accused the US of stirring up tension and inciting confrontation in the disputed zone. Up to one third of the world’s shipping passes through the South China Sea, which has large oil, gas and fishing resources.

China’s government is expected to respond to Australia’s escalation within days. State media has warned further trade strikes on beef and wine could be on the cards.

The nationalistic Global Times has painted Australia as a US puppet in the region amid the South China Sea dispute, condemnation of China’s crackdown on protesters in Hong Kong and the expulsion of Chinese telecommunications giant Huawei from Western 5G networks.

The talks in Washington are expected to result in Australia and the US announcing a joint bid to crack down on disinformation campaigns by countries such as Russia and China. Under the move, both countries will collaborate on counter-disinformation initiatives in the Indo-Pacific region, with a particular focus on Indonesia and the Philippines.

Australia and the US have been growing increasingly concerned about China’s disinformation campaigns throughout the region during the coronavirus pandemic.

China’s Foreign Ministry announced a counter-disinformation alliance with Russia on Saturday, the same day the first reports emerged of the Australia-US plan.

Opposition foreign affairs spokeswoman Penny Wong said Senator Payne and Senator Reynolds should use the AUSMIN talks to make clear to their US counterparts the need to support organisations such as the World Health Organisation, from which the US has withdrawn.

“Marise Payne didn’t mention the importance of US leadership in her latest foreign policy speech – I hope she makes it clear that Australia’s interests aren’t served by the US walking away from these crucial global objectives,” she said.

The relationship between the world’s two largest economies deteriorated further on Monday after China officially took over the US consulate in Chengdu. The Chinese Ministry of Foreign Affairs said it was forced to respond to US provocation. Washington shut down the Chinese consulate in Houston last week over allegations it had been pilfering US medical research.