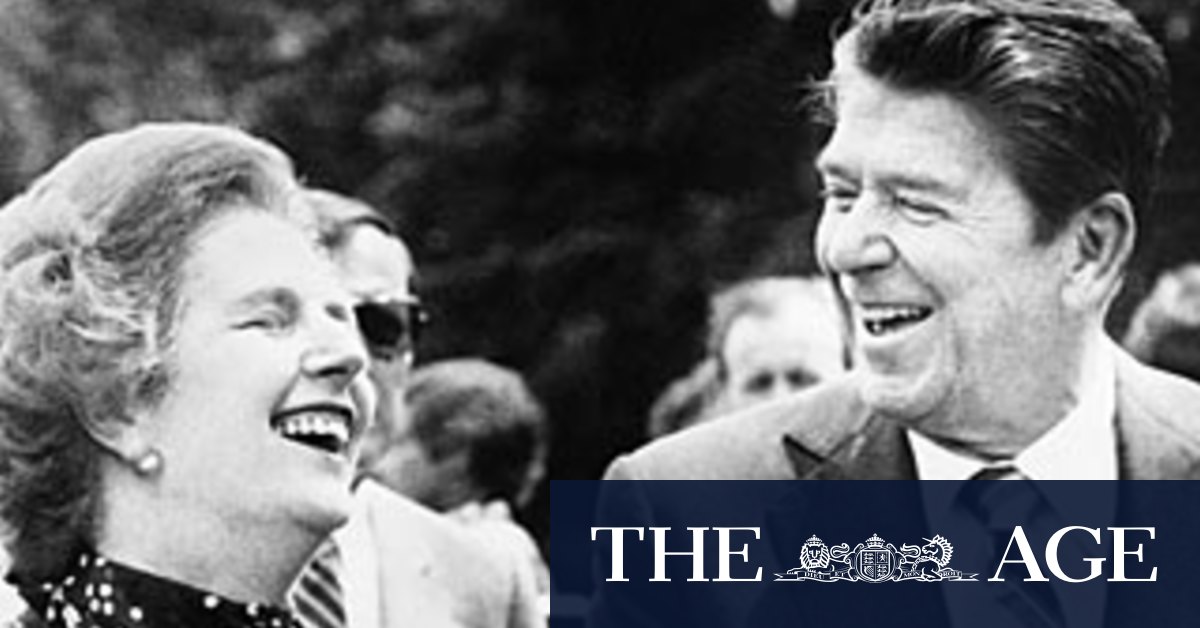 Mr Frydenberg is hardly rejecting Keynesianism – his government is handing out tens of billions of dollars buttressing many sectors of the economy – but he wants the best of both worlds. On top of the pump-priming, he wants to cut taxes and regulation to, in his words, “help create and strengthen the economy” using supply-side reforms. While the wisdom of bringing tax cuts forward at a time when government revenue has collapsed will be debated all the way to the October budget, there is one lesson from Reagan and Thatcher that could be studied by all politicians.

Before taking on leadership roles, both were mocked by opponents: Reagan for being a former Hollywood movie star, Thatcher for her humble beginnings as a shopkeeper’s daughter. And yet both came to dominate the political stage like few before them – and not just in economic terms.

With the strong backing of Thatcher, Reagan rejected years of detente with the Soviet Union, cranking up the Cold War rhetoric and defence spending. Many believe this dramatically sped up the collapse of the communist regime. It was a remarkable achievement.

What enabled Reagan and Thatcher to impose such enormous change was their understanding of the power of political persuasion. Whether you admire them or not, both were gifted in their ability to cut through the usual tumult, articulating clear, distinct policies that attracted broad public support. This gave them the political cover and capacity to implement the radical changes on their agenda. There is a reason “Reaganomics” and “Thatcherism” are still part of the economic vocabulary today.

In times of upheaval, whether it be economic, political or health-related, these are political traits much in demand. For Australia to come out of this pandemic with as much wind in its sails as possible, bold political leadership that clears the way for reforms far beyond those of least resistance will be required. Mr Frydenberg would do well to look beyond what Reagan and Thatcher did, instead taking heed of the political prowess that enabled them to do it.