admin July 27, 2020 World News Comments Off on Corruption verdict for Malaysia’s Najib Razak a test of rule of law 62 Views 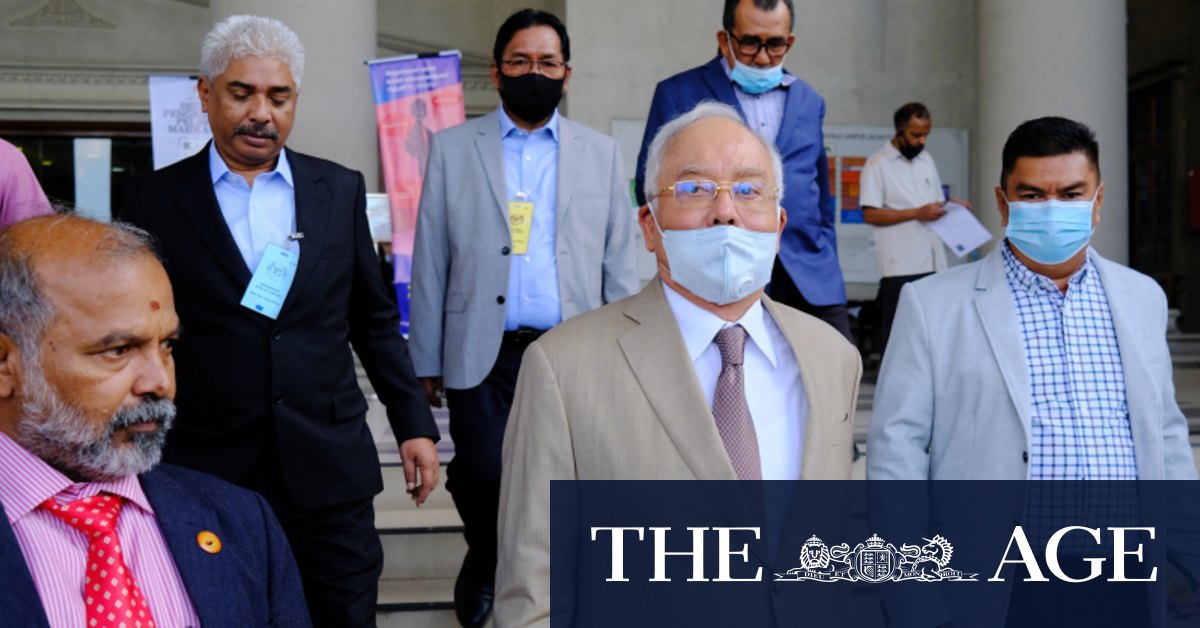 The verdict will put current Prime Minister Muhyiddin Yassin under public scrutiny, Welsh said. Muhyiddin was fired as Najib’s deputy in 2016 for speaking out on the 1MDB scandal but is now beholden to Najib’s party for its support. Najib’s party is the biggest bloc in the current Malay nationalist alliance, which was formed in March after a political coup by Muhyiddin’s party toppled the former reformist government.

A new Attorney-General appointed by Muhyiddin has dismissed two high-profile corruption cases. Najib’s stepson and The Wolf of Wall Street film producer Riza Aziz had 1MDB-related money laundering charges dropped in a settlement with the government that critics slammed as a “sweetheart” deal for him. Another senior member of Najib’s party was also freed after prosecutors dropped 46 corruption charges against him.

Analysts say the verdict in Najib’s first trial will have a rippling effect on other corruption cases and send a signal to the business community about the strength of Malaysia’s legal system in tackling international financial crimes.

Najib set up 1MDB when he took office in 2009 to ostensibly accelerate his country’s economic development. But it accumulated billions in debt, and US investigators allege that at least $US4.5 billion ($6.3 billion) was stolen from the fund and laundered by Najib’s associates to finance Hollywood films and buy hotels, a luxury yacht, artwork, jewellery and other extravagances. More than $700 million from the fund allegedly landed in Najib’s bank accounts.

Najib’s wife and several officials from his party and previous government have been charged with graft as well. Malaysia also took US investment bank Goldman Sachs to court for allegedly misleading investors over bond sales it organised for 1MDB. But the new government announced last week it had reached a $US3.9 billion settlement with the bank.

“Outside of Malaysia, the decision will impact Malaysia’s international reputation and investment, shaping its credibility in how it conducts business and how elites who are seen to abuse power are treated,” she said.

Najib denies any wrongdoing and calls the prosecutions a political attack on him. The spectacular fall from grace of the political blue blood, whose father and uncle were Malaysia’s second and third prime ministers, respectively, was hailed in 2018 as a victory for democracy. The nation was astonished with images of truckloads of luggage stashed with cash, jewellery and hundreds of expensive designer bags worth a staggering 1.1 billion ringgit ($361 million) that were seized from Najib’s home and other properties.

Najib’s first trial began in April 2019 over seven charges related to the transfer of 42 million ringgit from SRC International, a former 1MDB unit, into his bank accounts through intermediary companies.

Evidence showed a complex trail of money through the accounts that paid for renovating Najib’s home, credit card purchases including a Chanel watch bought in Hawaii as a birthday gift for his wife and disbursements to political parties.

In defence, Najib has said he was duped by rogue bankers led by Malaysian fugitive financier Low Taek Jho, identified by investigators as a mastermind in the 1MDB saga. Najib testified that he assumed the money was part of an Arab donation arranged by Low to be used at his discretion for political and welfare activities.

Najib’s lawyers said Low had used the donation as a guise to keep Najib from being suspicious of his plundering of the 1MDB fund. Prosecutors argued that Najib was the real power behind 1MDB and SRC, and called the Arab donation “manufactured evidence” to cover up his tracks.

While Najib may be down, he is not out. He remains influential in his party and reinvented himself on social media from being an out-of-touch elitist to a working class leader — an image he uses to promote his political comeback.

Whatever the verdict, both sides can appeal the decision in a lengthy process. Najib’s second trial, the biggest and most complex, involving 25 corruption charges over the alleged flow of $US731 million of 1MDB funds into his bank accounts, is ongoing.

Oh Ei Sun, a senior fellow with Singapore’s Institute of International Affairs, said a conviction in the first trial was likely with the evidence at hand and amid the political power play.

“A conviction will buttress the prosecution in the other cases, demonstrating a pattern of misdeeds,” he said. “It could boost the credibility of the new government, and help keep Najib at bay amid intra-party rivalry.”