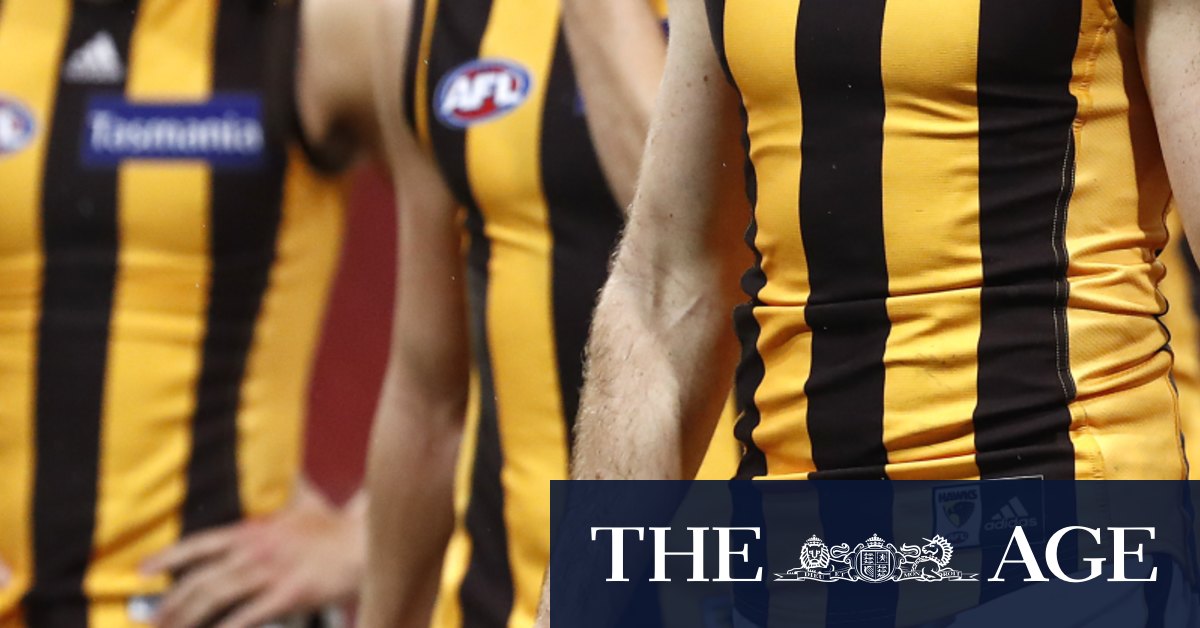 “The salary cap was new, it started in ’86. We were transitioning from a competition that was semi-professional to professional.”

Hook confirmed that the Hawks had taken the amnesty on salary cap rorts when it was introduced in 1994.

Carlton, meanwhile, had been able to pay at least four highly-paid star recruits – Stephen Kernahan, Craig Bradley, Peter Motley and Jon Dorotich – outside of the salary cap for three years from 1986 and subsequently joined Hawthorn, Collingwood and other clubs in taking the amnesty in 1994.

Sources familiar with the situation said that the Blues, then led by president John Elliott and chief executive Ian Collins, refused to sign the VFL’s club license agreement unless interstate signings from that time were excluded from the cap on player payments – in effect allowing them to pay well over the official limit, with league approval.

Hook said he did not know if Hawthorn had the same arrangement that Carlton had, with players signed from interstate excluded from the cap when it came in. “They could have but I don’t know that,” he said. Hook added that would have been a matter for the club’s chief executive.

Many of the key Hawthorn and league figures from that time are deceased, including Hawks CEO John Lauritz, presidents Ron Cook and Trevor Coote and league payments officials Phil Ryan and Ralph Lane.

Hook said Hawthorn’s employment of Sue Jarman, the wife of star midfielder and 1991 premiership player Darren Jarman (later to be an Adelaide Crows premiership hero), by the club – an arrangement that was known throughout the AFL back then – was “signed off” by the AFL.

“She was working in the administration, it was bona fide job,” he said.

Hook said he had no had knowledge of a Tasmanian payments system, as described by Scott in the podcast that focuses on the failed Hawthorn merger with Melbourne. “I don’t know what the account was or where it was,” he said.

Essendon famously did not take the amnesty and was subsequently penalised for rorts in the early to mid-90s.

Gary Ayres, the dual Norm Smith medallist who played in five premierships for the Hawks, told The Age he had no knowledge of an alleged salary cap rort.

“Nope, never. I was always in the position that we never discussed salaries or contracts,” Ayres said.

“The line used … back in the late ’70s was: the captain was the highest paid player and outside that you just got on and did the job.

“There wasn’t a lot of money going around in those days anyway. It was never openly spoken about what anyone was earning.

“Don obviously has his sources. Maybe someone like Don knows more about it, but I can’t shed too much light on it.”

The initial salary cap was $1.25 million, less than a tenth of the current limit.