Race-by-race guide and tips for Taree on Tuesday

admin July 27, 2020 Sport Comments Off on Race-by-race guide and tips for Taree on Tuesday 44 Views 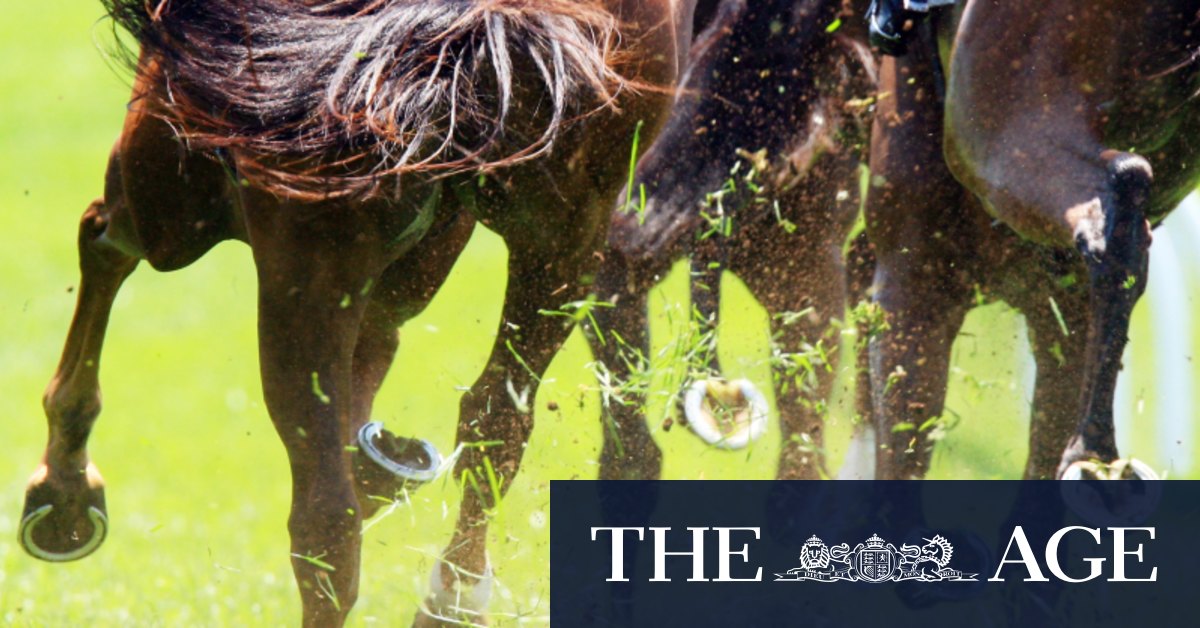 Plenty of chances here, with most getting out to this longer trip. Newcastle mare 3. Tessa Burrito from the Kris Lees stable is ready for this distance now after hitting the line hard in two deeper affairs. Drawn out but clearly one of the better wet trackers in the race. Was scheduled to go around at Monday’s postponed Cessnock meeting.
Dangers: Stablemate mare 4. Wild Sheila also did her best work late in that same mile race at Scone, and gets some weight relief, but doesn’t have the heavy-track credentials of the top selection. Port Macquarie four-year-old 5. Flying Mojo is hard fit and also has a liking for wet tracks; and Coffs three-year-old and former Victorian 1. Baileys will appreciate a drop in grade after hitting the line in the Grafton Guineas over a mile at big odds, but unproven in these conditions.
How to play it: Tessa Burrito each-way. Odds and Evens: Split.

Keen on Wauchope three-year-old 3. Highbury from the Colt Prossor yard who was due to race at Sunday’s cancelled Coffs meeting, but can reload here. Has hit the line well all three runs this prep, and in only start on heavy ground over the mile at Gosford was beaten narrowly.
Dangers: Promising two-year-old filly 11. La Girl was scratched from a deeper maiden at Gosford on Saturday to be saved for this. Was solid first-up in heavy ground on the Kensington track off a long spell, and looks beautifully in here on 54.5kg. Wyong two-year-old 10. Royal Charge has been close up in two runs back on soft ground, but not convinced these conditions will suit; while big watch on two-year-old filly and first-starter 12. Pleading (Star Witness x Onherelles by Honours List) who debuts off a quiet trial for the very astute Angela Davies yard; and Coffs filly 7. The Red One, who was heavily backed first-up in heavy ground at Ballina.
How to play it: Highbury to win. Odds and Evens: Odds.

Tough and open race. Progressive Newcastle filly 7. Jaja Chaboogie from the Lees stable faces more pressure here after a dominant second-start maiden win in heavy ground at Tamworth, where she sat outside the lead on a moderate tempo. Breeding suggests the wetter the better, and she’s still the one to beat.
Dangers: Port Macquarie three-year-old 3. Stonecold Flex keeps turning up in handy races after bolting in his maiden here in autumn. Was run down only late in a BM 58 and, while this is a shade tougher, drops in weight and will handle the going. Port Macquarie filly 11. Money Heist didn’t finish off resuming in a strong CL1 at Grafton, but trainer has rung the gear changes and she’s bred to thrive on heavy tracks. Don’t dismiss another Lees runner, 8. Mbappe, who knocked up resuming in a good CL1 at Scone, but only win so far was second-up and can improve sharply at big odds.
How to play it: Jaja Chaboogie to win. Odds and Evens: Odds.

Perhaps the widest race of the day with a stack of chances. Home-track five-year-old 6. Texas Storm from the Bob Milligan yard can shake the life out of this back in trip from a stronger highway at Rosehill when he wasn’t too far away from smart Rothenburg who bolted in. Two of his three career wins have come in heavy going.
Dangers: Newcastle filly 3. Illecebrous is in the best form of her career charging home from midfield to win her last two, although more depth here and rises in weight. Gosford five-year-old 1. Time Of Glory can improve sharply second-up with blinkers going on; while Port Macquarie mare 2. Typhoon Bonny can mix her form, but generally saves the best for heavy-rated tracks. Include local four-year-old 10. Flash Palace, who drops back in trip if you’re playing the wider exotics.
How to play it: Texas Storm to win. Odds and Evens: Split

Hard to see Newcastle three-year-old 1. Star Raider from the Lees yard being beaten first-up as a gelding with a 4kg claim, provided she leaves the barrier OK. Finished ahead of Le Romain in the second of two trials on a soft 7 despite a tardy beginning, and on debut last spring bolted in as a hot favourite at Moree.
Dangers: Wyong three-year-old 5. Mathematics charged home to win a handy CL1 at Dubbo two runs back, and has a real preference for wet ground. Home-track four-year-old 2. Fair Dinkum is a threat off his strong finishing second-up effort here, although handicapper hasn’t missed him up 5kg to 61kg, and not convinced he’s at home in ultra heavy ground. Include Wauchope five-year-old 6. Chief Havoc who has surged home late to win his last two. While this is tougher, he thrives on rain-affected going.
How to play it: Star Raider to win and trifecta 1,5/1,2,5,6/1,2,5,6. Odds and Evens: Split.

Another open one to finish and they may be tracking very wide by this stage. Local three-year-old 8. Men In Tights from the Wayne Wilkes stable will likely go to the lead, and take some catching with senior country rider back on. First time in the heavy but has shown plenty in soft going to suggest he’ll handle it.
Dangers: Gosford five-year-old 7. Dashing ‘N’ Daring can bounce back after failing to finish off here third-up. Tough Port Macquarie five-year-old 4. Condover Hall doesn’t win out of turn, but he’s been close-up in his last couple, although heavy-track figures are not convincing. Expect Newcastle filly 9. Dissenter to improve sharply after failing first-up at Mudgee when easy in betting.
How to play it: Men In Tights to win. Odds and Evens: Split.

Previous Perpetual goes on US shopping spree to buy earnings growth
Next ‘Fully invested’: AFIC props up final payout, waits for value to return to ASX