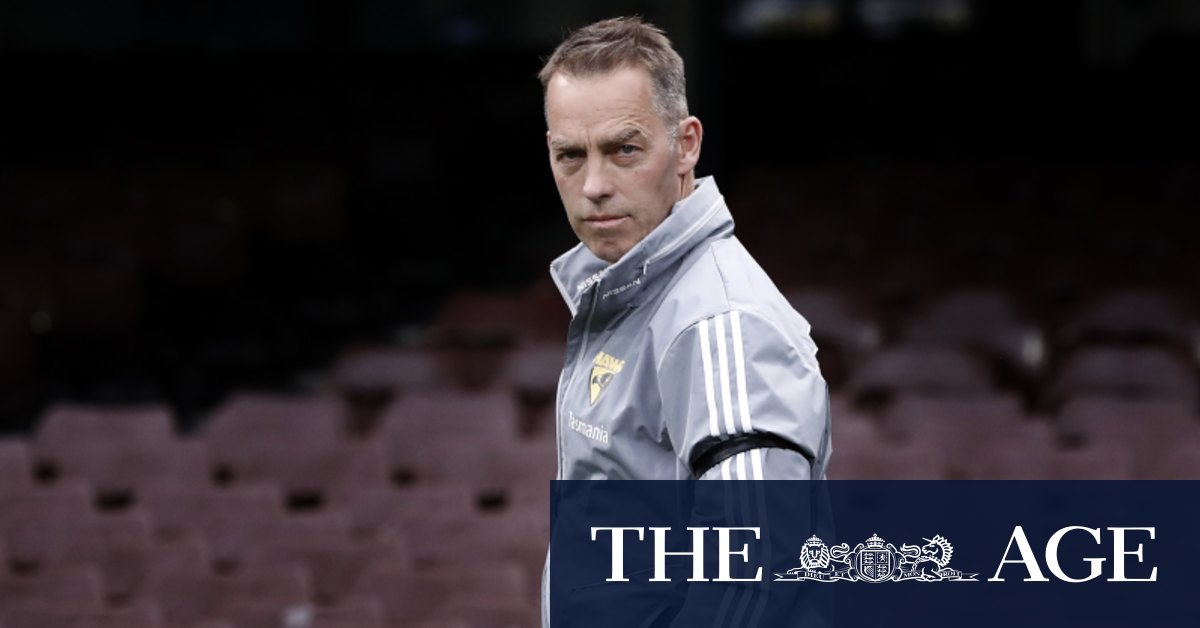 The Umpires’ Association hit back on Monday, with boss Rob Kerr stating it is against the rules to critique umpires’ decisions in a public forum.

“Our strong belief is that any concerns clubs have around [a] decision should be expressed through the right channels, that being the AFL football department and umpiring department,” Kerr told The Age.

“The AFL has to judge if that’s occurred.”

The AFL, when contacted by The Age, said it would not be in a position to comment on Clarkson until Tuesday, when it can fully review round eight after Monday night’s clash between Fremantle and Geelong.

But league sources confirmed that Clarkson would at the very least be asked to explain why he questioned the umpiring.

It’s not the first time Clarkson has found himself in hot water with comments surrounding umpires.

He was fined $20,000 in 2017 for saying he was “not able to comment on disgraceful umpiring” after a game against Gold Coast at the MCG.

Fifteen thousand dollars of that fine was suspended, while $5000 went to the Fight MND Foundation.

In 2006, he was fined $5000 for confronting umpires Scott McLaren and Kieron Nicholls on a flight to Melbourne from Perth, after his side’s round 18 game with Fremantle.

Clarkson apologised and described himself as a “peanut” for the incident.

In 2012, he was suspended from the South Metro Junior Football League for four-matches after he verbally abused an umpire during an under-nines match.

Hawthorn is last in the competition for free kicks differential, having given away 48 more free kicks than they’ve received.

At the other end of the spectrum is North Melbourne, who have been given 47 more frees than they’ve given away.

Clarkson was again left frustrated by his side’s inability to take chances in the narrow loss to Sydney, but also wasn’t happy with the way the game was officiated.

“You just wish that they were consistently paid to everyone that gets knocked off the ball like that,” Clarkson said after the game.

“There was probably five either side tonight and they paid one. Nine other occasions in the game, someone gets knocked to the ground and the umpire doesn’t pay it.”

When notified by the media of Clarkson’s comments about Papley, Sydney coach John Longmire was left shaking his head in disbelief.

“I don’t talk about opposition players at clubs,” Longmire said.

Swans chairman Andrew Pridham was also critical of Clarkson. “Impertinent drive-bys like that only serve to diminish his standing as a coach,” he said.

Previous ‘They treated me like a leper’: How workers’ comp claims were rejected
Next Lynch won’t blame hand injury for modest returns