Cats weigh up challenge for ‘on the edge’ Hawkins, Yeo cleared

admin July 28, 2020 AFL Comments Off on Cats weigh up challenge for ‘on the edge’ Hawkins, Yeo cleared 56 Views 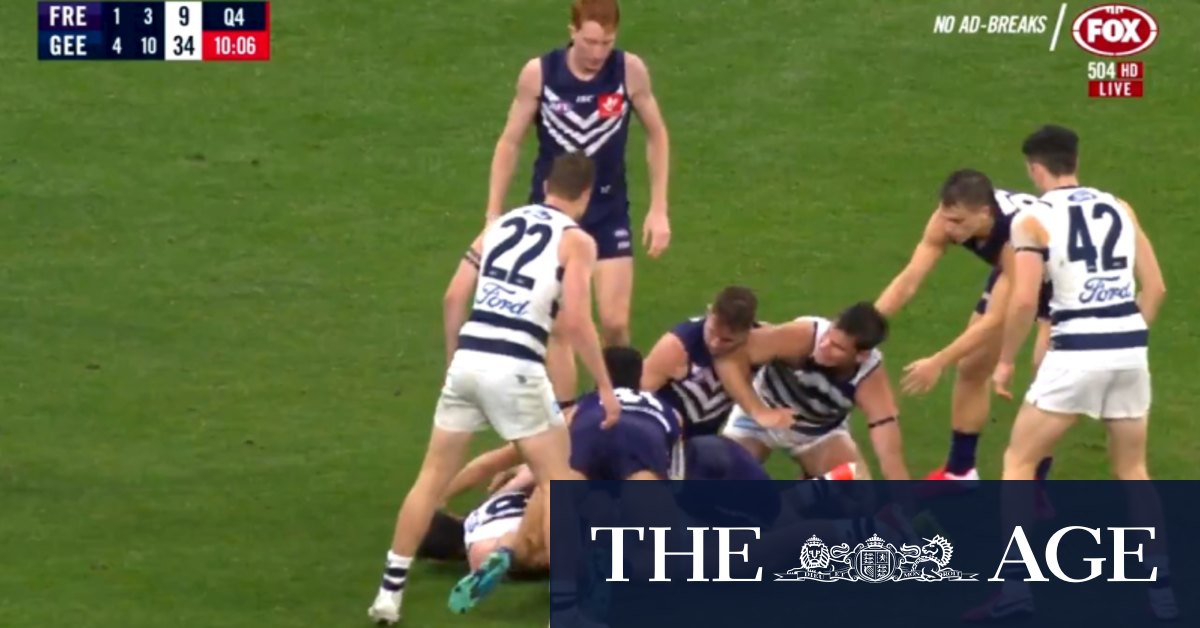 The Cats indicated on Tuesday night that they were seriously considering taking the fresh ban to the tribunal. Should they challenge unsuccessfully, Geelong will be charged $10,000 in their football department soft cap.

Earlier on Tuesday, Hawkins’ long-time teammate Duncan said it was understandable that Hawkins would grow frustrated of treatment from opposition defenders.

“He gets scragged a lot being a key forward. I suppose it does get frustrating at times but every forward cops that,” Duncan said.

“Defenders do everything they can to curtail their opposition forwards. He’s obviously a key presence for us, someone we look to kick the ball to a lot. It’s hard to say really, but there’s obviously a lot of scragging involved in the AFL. Umpiring’s a really hard job and they do the best they can and always do a really good job. It’s just the rub of the green sometimes.

“It’s just one of those things. He’s got white line fever, he’s a competitor and sometimes plays on the edge. It just happens sometimes.”

The Cats will also be without either of their first-choice ruck options against West Coast, with Rhys Stanley and Darcy Fort both sidelined.

Geelong turned to Esava Ratugolea as their No. 1 ruckman against the Dockers, and he will likely again need to be relied on against the surging Eagles – and in particular star ruckman Nic Naitanui – at Optus Stadium on Saturday night.

“But I think probably [Collingwood star] Brodie Grundy was a bit nervous going in against Naitanui [on Sunday]. He’s a champion. I’m not going to go with the Reilly O’Brien idea [of sending a tweet criticising Naitanui] this week I don’t think. But our two guys that we’ve chosen to play in the ruck this year aren’t available so we need to be a bit creative. It worked OK tonight but next week’s a different challenge.”

However in a positive development for the Cats, skipper Joel Selwood and fellow midfielder Quinton Narkle are in the mix to return against West Coast.

AFLW practice match called off after injury to Giants player