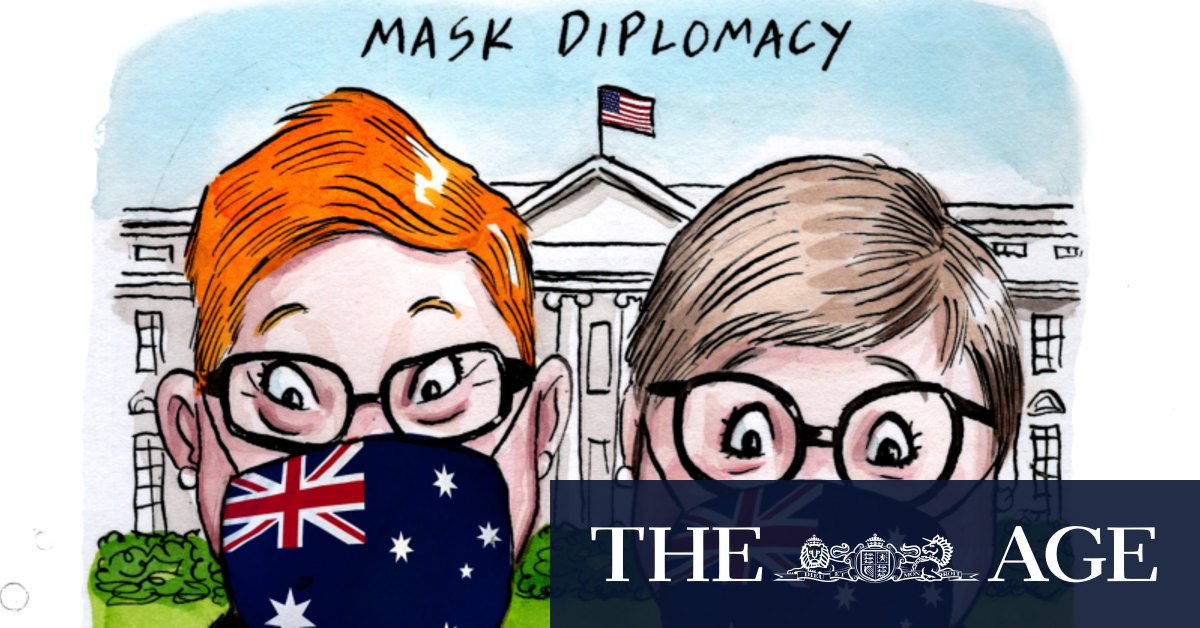 But in this case it has more to do with the undesirability of running the nation’s defence and foreign affairs from a room in a lockdown hotel such as the IBIS Darling Harbour. Which (no offence to the Accor Hotel Group) might not be able to supply a Wi-Fi connection that meets Five Eyes specifications.

So Payne, the Liberal senator for NSW, and Reynolds, a Liberal senator from WA, will be allowed to make alternative arrangements. Presumably Payne will return to the western Sydney home she shares with her partner, Stuart Ayres, the NSW minister, while Reynolds makes the trip back to her home in Perth.

Earlier this month WA Today broke the news that WA Police had granted Stokes and wife Christine permission to isolate in his Perth mansion instead of a hotel after returning from Beaver Creek, Colorado, in April on medical grounds.

Queensland exempted Minogue for a similar reason while Kidman was seemingly allowed to quarantine on her NSW Southern Highlands estate with husband Keith Urban because filming the series Nine Perfect Strangers would help the Australian production industry.

So keen was the government to travel to Washington for AUSMIN that the ministers severely curtailed their usual retinues. Accompanying the ministers are Chief of Defence force Angus Campbell, DFAT secretary Frances Adamson and Defence Secretary Greg Moriarty, as well as one adviser for each minister.

CBD wonders if the Yanks would have been happier to Zoom the whole thing, but our government decided that the special relationship dictated that social distancing in person was the only way to go.

It’s been a quieter couple of months inside the all-women Lyceum Club compared to the annus horribilis of 2019. Readers will recall the torrid time the exclusive club had after finding its former general manager Peter Stratton had fleeced it of almost $400,000, which included expensive furniture delivered to his home.

Stratton was sentenced to a prison term of two years and nine months in December.

Meanwhile, the club has been left grappling with a hole in its accounts, at a time when the board admits that its membership fees haven’t kept up with its running costs.

In its financial report released in October, the board, which is now led by Yvonne Panagacos and includes former Liberal senator Judith Troeth, warned that the club would likely lose money in 2020, and that “strong support from members” would be “essential”.

Problem is, the pandemic has put a serious hurdle in the way of taking any action to improve the club’s financial position: if the members can’t meet, they can’t vote on a plan proposed by the board to lift fees by 15 per cent. Internal correspondence obtained by CBD reveals the board was forced to ditch a general meeting planned for May where the vote would have taken place. Instead, it has been bound to a cap on increases of the cash rate, or 2.7 per cent. This equates to a paltry bump of just $30 per member, on fees of $1100.

And so the board has now asked for voluntary contributions. “Life has been interrupted and unfortunately, we have not been able to meet as expected or hold a General Meeting as planned,” the club memo said. “The board is asking all members to consider making a special voluntary contribution to support the ongoing financial health of the club.” They are asking for an extra $135 per head.

A tough ask during a lockdown.

Belvoir St has a reputation as one of Australia’s most innovative and acclaimed theatres and one sensitive to all things diversity. But the Sydney theatre, headed by artistic director Eamon Flack and executive director Sue Donnelly, is not above taking a crack at those south of the border, even during the coronavirus.

With other organisations such as the State Theatre Company South Australia announcing it will raise the curtain in September, the news for the Sydney institution is less positive. This week Belvoir Street said it had cancelled one production, Summerfolk, and moved another, My Brilliant Career, from September to November.

Then it added a cheap jibe in a note to ticketholders: “Of course the situation has changed (as they say about the Spice Girls, Victoria spoiled it for everyone) but we are still making theatre.”

With cases and deaths surging in the second wave, it seems a bit tone deaf to us.