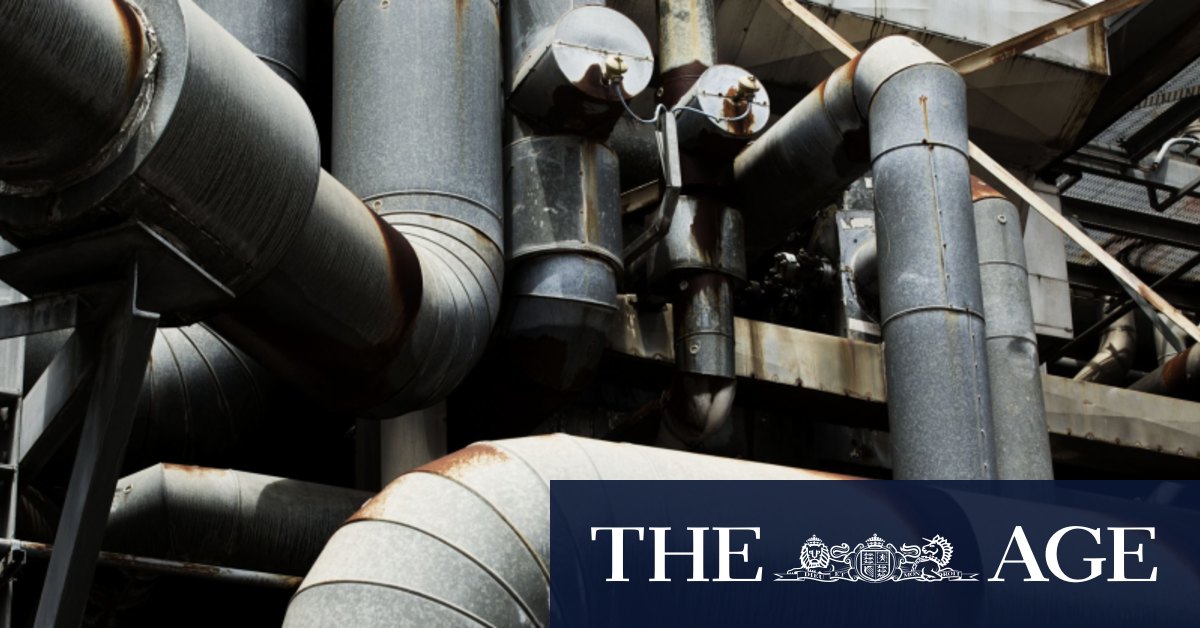 Grattan Institute energy director Tony Wood endorsed the report’s recommendations on streamlining project assessments but questioned many of its other initiatives.

“Much of the report is focused on getting rid of moratoriums on gas developments and some good new regulations for gas pipelines. But the rest of it is saying we should subsidise stuff,” Mr Wood said.

“There is not one mention that gas is a fossil fuel and we are supposed to be heading towards a low-emissions economy. How can you seriously consider a gas strategy that doesn’t deal with that?”

Victoria has allowed conventional gas production but banned fracking while a bill to ban coal seam gas in NSW was defeated in Parliament last month.

The presentation noted gas prices had roughly tripled since liquefied natural gas (LNG) exports started from Gladstone, Queensland in 2015, linking Australia’s isolated domestic market to international demand and pushing prices from below $3 a gigajoule to more than $10.

About 95 per cent of wholesale gas on the east coast is supplied under long-term contracts to east coast manufacturers and large energy users, and the price hovers between $8 and $9 a gigajoule.

Heavy gas users, such as manufacturers that use gas as a feedstock, have been struggling with the surge in contracted gas prices in recent years. Some firms, including Dow Chemical, have cited rising gas prices as one of the reasons for closing their plants.

Mr Wood said increasing supply to reduce gas prices might reduce costs and help some businesses stay afloat but was not likely to generate a significant increase in manufacturing jobs and industry.

“We had gas at low prices for a long time and we didn’t get this huge load of manufacturing jobs,” he said.

“Getting the gas price to $4 a gigajoule would help a lot of gas-dependent businesses. Some of them will probably have to close with sustained prices of $10. That’s bad for them, but I would [question] whether lower prices will create a lot more jobs.”

NCCC chairman Nev Power has previously nominated a gas price of $4 a gigajoule as a “stretch target” and the presentation backs a “bold and ambitious” path to $6. However, the heads of large gas producers including Santos, Origin Energy and ExxonMobil have said gas at that price is unachievable.

Mr Wood said the report failed to grapple with the government’s commitment to transition to net zero emissions in the second half of this century, which he said created a risk of new infrastructure developments becoming stranded assets.

“Government underwriting new investment in infrastructure that will most likely not have a long-term future doesn’t seem like a good idea,” he said.

Several NCCC commissioners and members of its manufacturing taskforce have links to the resources and energy industry, including Mr Power. The commission was renamed this week as an “advisory board” to reflect its role.

‘Government underwriting new investment in infrastructure that will most likely not have a long-term future doesn’t seem like a good idea.’

Among the projects that will benefit from the report’s recommendations, the presentation says, are controversial new developments such as the proposed Narrabri Gas Project, which locals fear could damage surrounding agricultural communities’ groundwater.

One of the taskforce’s primary recommendations is that the Commonwealth underwrite gas demand so new projects have a guaranteed buyer. Government would group together multiple smaller gas users and if they did not consume all the supply, the government would pay for it.

“The book-build mechanism will in effect use the Commonwealth balance sheet to underwrite upstream [gas supplies] and/or infrastructure development,” the report says.

The Morrison government’s $1 billion Underwriting New Generation Investment (UNGI) fund set up last year is designed to support projects that can supply dispatchable energy into the electricity grid to back up large-scale power plants. It has compiled a shortlist of six renewable pumped hydro projects, five gas and one coal plant upgrade.

The Auditor-General has said it would look into the UNGI program after a referral by independent MP Zali Steggall.

Australian Manufacturing Workers Union national secretary Paul Bastian, who was on the task force, declined to comment directly on the leaked presentation. But he said underwriting should be reserved for investments in emerging technologies such as renewables.

“We need to future-proof manufacturing and energy so we can meet our Paris Agreement targets and get to net zero emissions by 2050,” Mr Bastian said.