School shelves plan to reopen amid mix-up over contact tracing 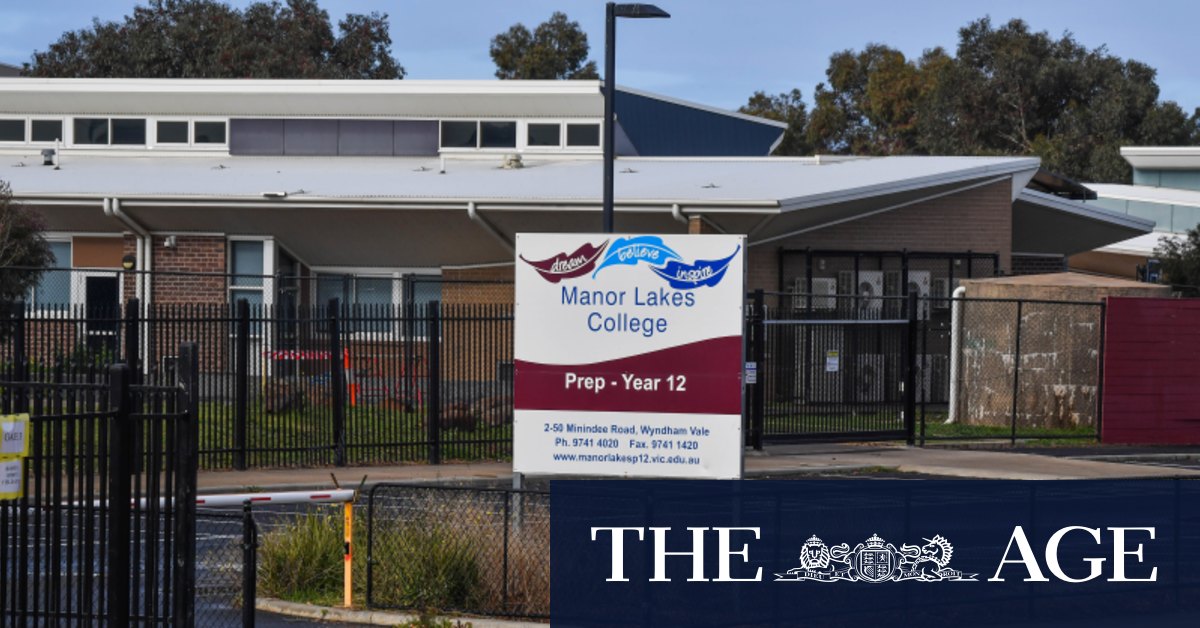 After telling parents on Monday morning it would open on Tuesday for senior students and those who cannot learn from home, the school had to contact parents again late on Monday saying it would remain shut because the Department of Health had not completed contact tracing.

Senior staff told The Age that, to their knowledge, contact tracing had not even begun on Monday, let alone been completed.

Even so, the Education Department said late on Sunday that the school should reopen.

“Your school, Manor Lakes P-12 College, can reopen from Tuesday, 28 July, now that appropriate cleaning and contact tracing has been completed,” the department said.

An assistant principal at the college, who declined to be identified, said the conflicting advice was “just a dog’s breakfast”.

A Department of Health spokesperson said contact tracing at Manor Lakes was due to be completed by the end of Tuesday, and thanked the school, students and parents for their patience and co-operation.

“All positive cases are interviewed by the contact tracing team and every effort is made to speak to their close contacts as soon as possible,” the spokesperson said.

On Tuesday the Australian Principals Federation criticised the Department of Health for its “staggeringly poor” management of positive cases in schools, claiming schools had been left waiting for days for advice on how to handle closure and contact tracing.

Federation president Julie Podbury called for the Department of Health to be stripped of responsibility for communicating with schools, with that duty going solely to the Education Department.

But Premier Daniel Andrews on Tuesday defended the Department of Health’s handling of COVID-19 cases in schools.

“I don’t think that’s a fair criticism. I think everyone’s doing their best,” he said.

“If the public health advice changed, then of course our policy on schools would change, but it has not,” he said.

Mr Andrews said the government had a proven policy of closing and deep-cleaning schools after a COVID-19 case was confirmed.

“I’m not expecting any principal to be pleased about the fact that they’ve had multiple positive cases in their school,” he said.

“It’s not a pleasant experience for a school to go through, but we’ve got to get our year 12 kids through, and that’s what these policy settings are all about.”

Previous The day Freddy knew Suaalii would make it in the NRL
Next The AFL’s mass exodus: up to 170 kids to head to Queensland