admin July 28, 2020 Sport Comments Off on Waratahs confident of retaining off-contract players in 2021 but Hunt still in dark 50 Views 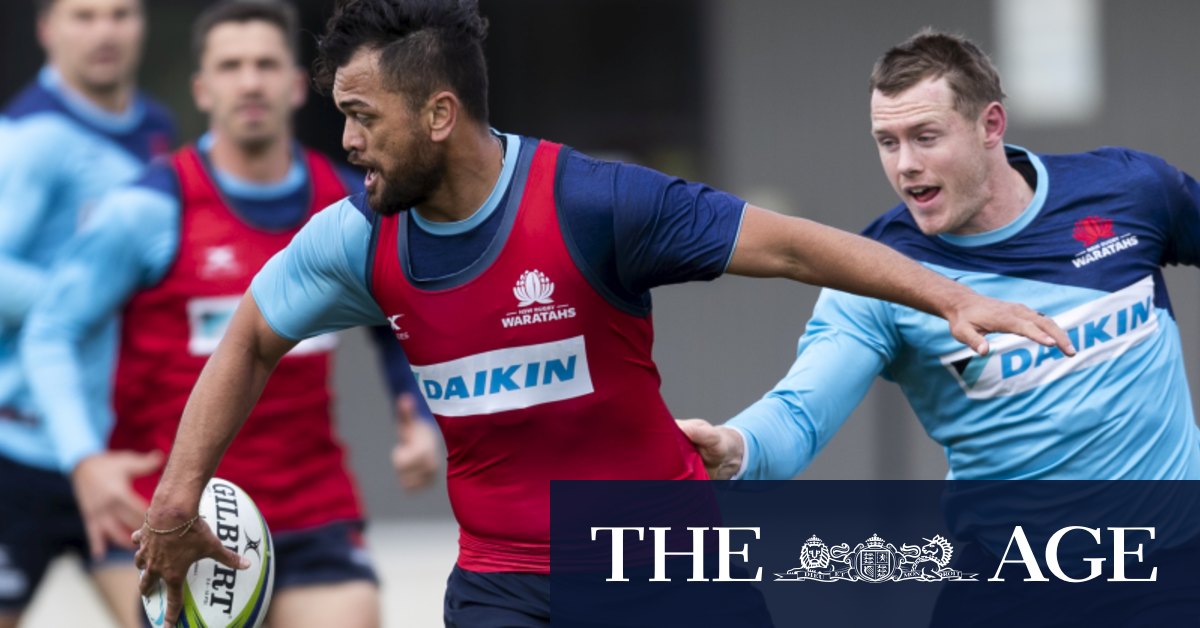 The value of those contracts, however, could be altered – with consent from both parties – and there is widespread concern that a player drain looms if Australian rugby cannot offer contracts of similar value to usual. That value will be dictated by the broadcast deal for either an Australia-based or trans-Tasman competition.

“It’s been really hard,” Rapp said. “A level of competition is unknown … players are a little bit nervous around what next year looks like as an option for them. I don’t think we need to rush and get everyone done ASAP because you also want to make sure you’re getting guys coming into your squad who add value, not just because [players] are off [contract] and you need to get them.

“They may have an option to go overseas or go to another club or competition but they have nothing to compare it against. It wasn’t a decision [in recent months] because you had no choice, whereas now we’re starting to get a level of clarity for those guys to actually be able to say: ‘well, I’ve got this option here for a Super team compared to something else’.”

Those 16 players make up 40 per cent of the Waratahs’ overall roster of 40. In the next week, Rapp estimated 26 players will be confirmed as returning for 2021 and beyond – 17 in the main squad and nine in the wider training squad.

That still leaves 14 others and Rapp believes “about nine” will put pen to paper in coming weeks.

However, the Waratahs will sit on another four or five, with the possibility of bringing in some X-factor from elsewhere.

“Retention is the most important thing,” Rapp said. “We’ve got a group of blokes there who we’re looking to continue with.

“We do need to add some top-end seasoned Super Rugby players to give those younger blokes some guidance and direction. Sometimes you don’t just spend the minimum amount, you spend a bit more to get a quality footballer.”

One would think keeping Hunt on board meets that criteria but, with Kyle Godwin set to make his way to NSW and former Parramatta Eel Tepai Moeroa having one more year left on his deal, the dual international could be forced out despite some auspicious form.

“I’ve made it pretty clear to them but it obviously takes two to tango,” Hunt told the Herald on the weekend. “I don’t know what their plan or their strategy is around me for a future competition and trying to win it. Whether or not they see me in their plans or not, I’m not too sure. All I’m worried about is playing good football.”

Rapp said: “There’s definitely still the availability for Karmichael to be a part of that squad in 2021.”

As well as Maddocks, Dempsey, Robertson and Hanigan, who have all played for the Wallabies, five-eighth Harrison and back-rower Harris are high on the priority list, according to Rapp.

Results at the Waratahs have been poor this year, with the club winning two of its 10 matches across both competitions.

“We go into every Super Rugby competition to win it,” Rapp said. “Although these guys may be young in age and Super Rugby experience, they don’t miss enthusiasm and that’s a good thing. What we’ve got to get right is the mix of youth and enthusiasm, coupled with blokes with experience who have the ability to grind out wins.”