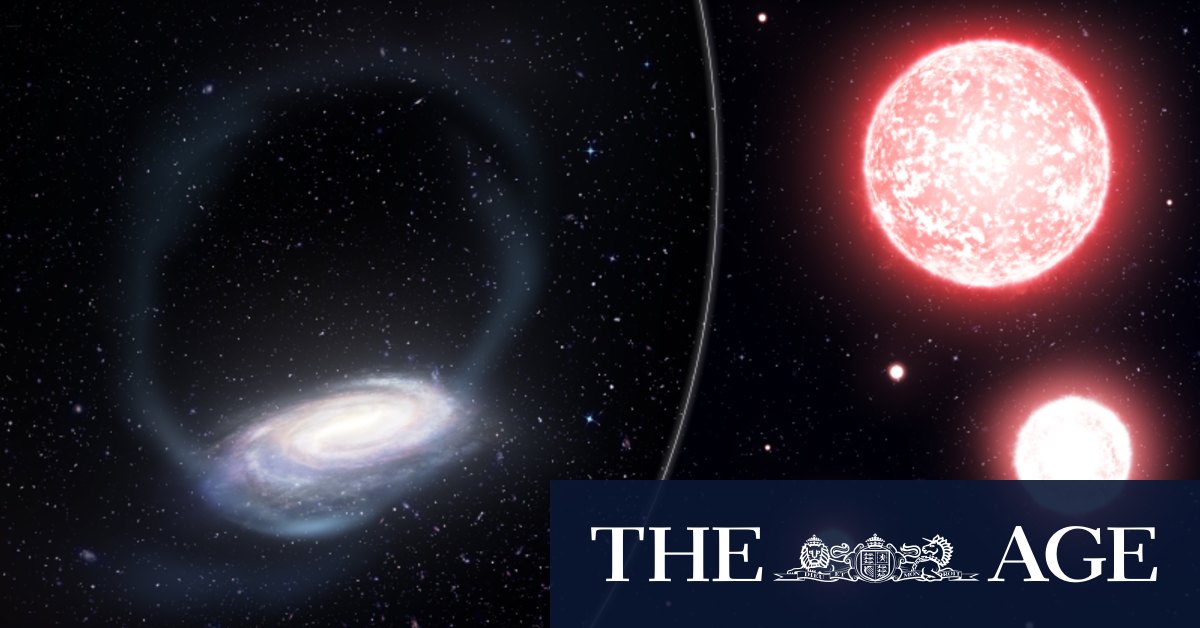 “There would have been more of them, but over time the gravity of our galaxy would have torn them apart. Phoenix is the only example we have of the last of the originals,” Professor Lewis said.

The last few years of astronomy have deeply changed the way scientists think about galaxy formation. It used to be imagined that galaxies formed whole out of vast clouds of gas left over from the Big Bang.

The new picture is more violent: the huge galaxies astronomers see are actually composites of many smaller galaxies and star clusters yanked together by gravity.

The Milky Way therefore contains a mix of new and old stars, complicating attempts to study the galaxy’s evolution.

That is what makes discovery of the Phoenix stream, announced Thursday in Nature, so interesting.

“This new result is indeed exciting and significant,” said Professor Richard de Grijs, a Macquarie University astrophysicist who was not involved in the research.

If the Phoenix stream really was a building block of the Milky Way, “that is exciting, because such objects would be composed of the earliest stars formed in the universe,” he said.

The stars – there are about a million of them – exist in a clump outside our galaxy, orbiting it about 62,000 light years away from the sun.

And they are old – ancient enough to suggest they were part of a dwarf galaxy consumed many billions of years ago by the Milky Way.

Astronomers can work out the age of a star by looking at what it is made of. When the universe was shiny and new, it was mostly filled with the simplest elements: helium and hydrogen.

As the universe aged, stars have smashed these elements together into heavier elements, like the metals we see on Earth.

Young stars tend to have lots of these metals in their atmosphere because they formed in a more polluted universe. The oldest stars have relatively few.

Using the 3.9-metre Anglo-Australian telescope at Siding Spring in NSW, University of Sydney PhD student Zhen Wan was able to show the stars of the Phoenix Stream have almost no metal.

Astronomers have never seen a clump of stars like this.

“This stream comes from a cluster that, by our understanding, shouldn’t have existed,” said associate professor Daniel Zucker, a Macquarie University astronomer and co-author of the research.

Astronomers are unsure where this ancient cluster of stars comes from.

Professor Lewis suspects it may have orbited a dwarf galaxy that was long ago consumed by the Milky Way and now remains behind like interstellar trash.

And, eventually, it will be no more. The Milky Way’s enormous gravity has already stretched the cluster out into a thin line, and over the next couple of billion years it will shred the cluster apart and mix the stars with itself.

“It’s right on the cusp of surviving,” said Professor Lewis.

“It’s already been drawn into this huge extended stream – and if we wait for a couple more orbits, this stream will be dispersed and we’ll have no more stream.”

Previous Latest Malka Leifer appeal in Israel heard in secret
Next US coronavirus deaths top 150,000, nearly a quarter of the world’s total