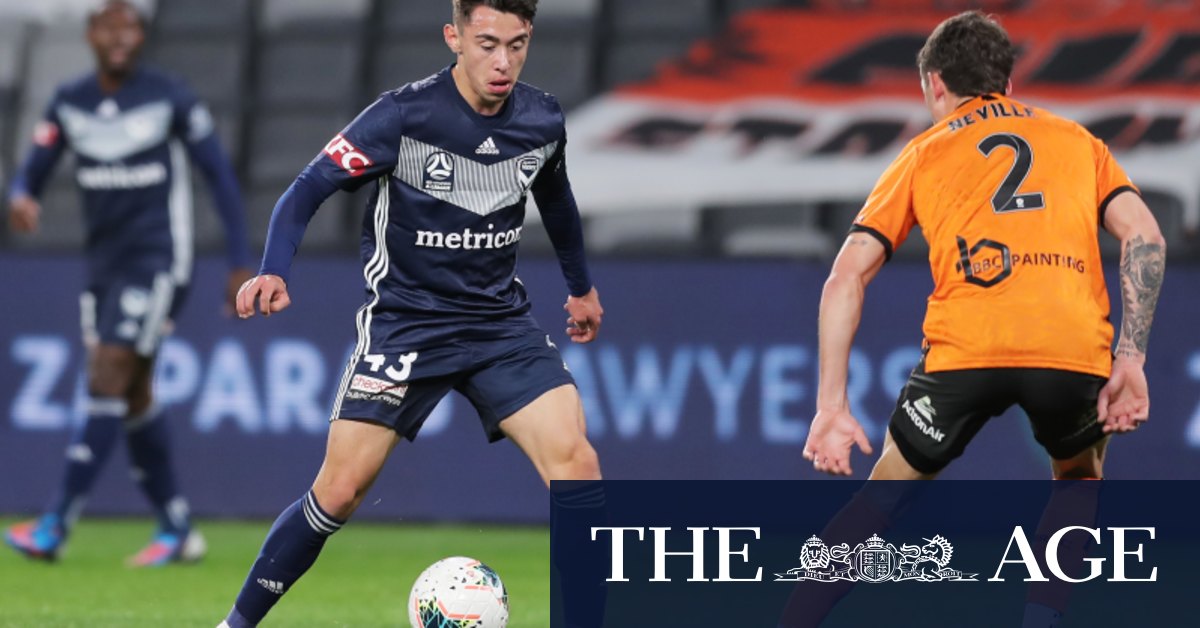 Luis Lawrie-Lattanzio made his debut, while another 18-year-old in Birkan Kirdar retained his place as the team’s creative attacking midfielder.

Matt Acton is a lot older, but Victory’s backup goalkeeper knows that he will never have a better chance to establish himself as the club’s No.1 than he will in the next few weeks following Lawrence Thomas’ departure to Europe.

He did his cause no harm when Brisbane launched an attack in the 17th minute, McDonald setting up Roar’s Irish midfielder Jay O’Shea with a deft pass. O’Shea’s flighted shot looked to be heading into the top left-hand corner of Victory’s goal until Acton dived and got a hand to finger tip to safety.

Victory had been on top before that and in truth were in the ascendancy for most of the half.
Marco Rojas fired wide on a couple of occasions, Lawrie-Lattanzio looked lively and Brebner’s team pressed high and energetically keeping up the pressure.

Jamie Young in the Brisbane goal matched Acton’s heroics with an equally impressive save to deny Storm Roux midway through the half, getting a finger on the full-back’s drive after the latter was set up by an Adama Traore cross.

And the Queenslanders got their noses in front with the decisive opening goal early in the second period when McDonald’s header from Inman’s cross took a deflection and dipped past Acton. Ridenton came off the bench to make sure of the result.

Previous Richmond rediscover those Tigers of old
Next Balta from the blue: Have the Tigers found their new Alex Rance?

Henry was sent from the field after Addison complained to the match official. Blood could …