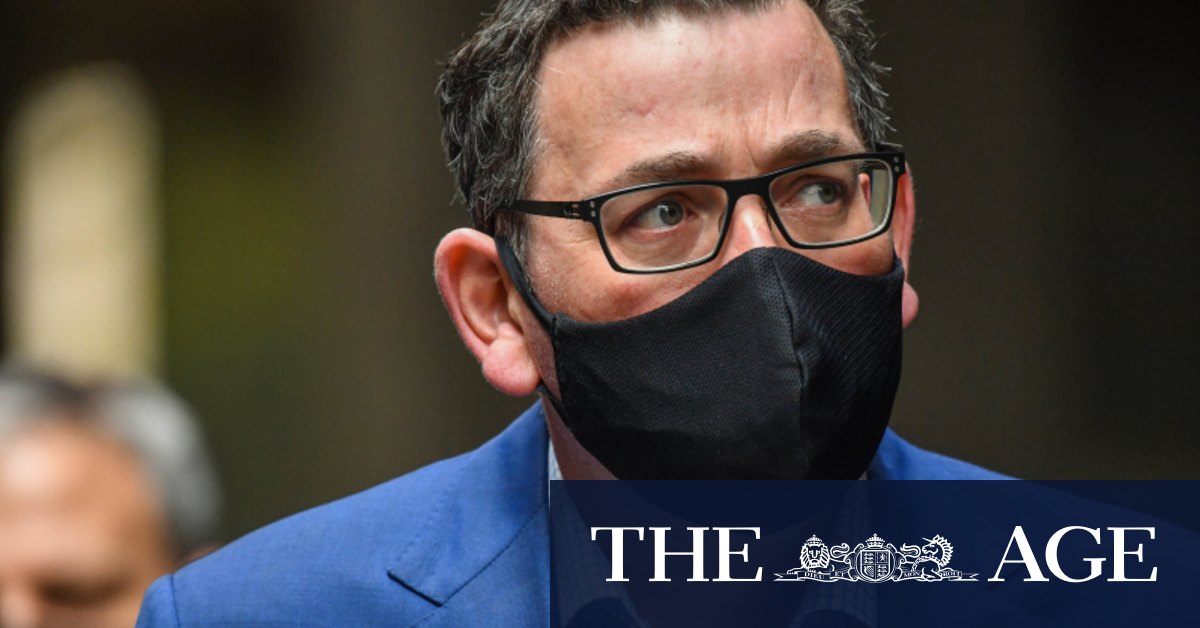 Daniel Andrews gets top marks for effort, but sadly the matching outcomes are not there. His undoubted sincerity at the podium will only go so far. How does he persuade the community to double its efforts?

Without total lockdown, what hope is there that the government can force casual and insecure workers in low-paid and often part-time jobs in non-unionised workplaces to stay home from work when feeling slightly unwell?

Eventually the community’s patience will decline, confidence will dip. Whether that is fair is irrelevant.

The Andrews government team and those at the coalface are dedicating every waking hour to their attempts to contain the spread. They are exhausted, and there is little sign of an end in sight. But it is not possible for even the best-equipped army of committed and sleep-deprived bureaucrats, medical staff, epidemiologists and law enforcers to make things magically happen.

Anyone who thinks this is simple needs to pause and consider the magnitude of the task. Absent the nonsense from conspiracy theorists and covidiots; the global consensus is that only the clearest of messages and the strictest of compliance offers any chance.

Noticeably and commendably, the Premier on Thursday declined to give any of those attention-seeking desperadoes and conspiracists the relevance they crave, simply ignoring their toxic and dangerous contribution to the emergency.

When do we start to put those who deliberately and repeatedly breach the rules into custody? When does it become the lesser of social evils to commission forced quarantine in place of self-isolation at home? Do we now need to look to establishing mandatory detention in secure facilities for the greater public good?

I hasten to add, never as a first resort, nor even after a second breach, but if as claimed there are active carriers in the community who repeatedly ignore the order to self-isolate, there is really only one alternative. I am a staunch civil libertarian, but I also quite like breathing.

Unless the enforcement is more muscular, the leakage is unlikely to cease until some of the more provocative acts are firmly dealt with.

Meanwhile, the inquiry by retired judge Jenny Coate ought be expanded from looking just at the failures of hotel quarantine to also scrutinise the reasons for the dreadful aged care clusters that have caused tragic deaths and widespread distress. There were clear warnings from the experience a month ago in Sydney, alarm bells that seem to have been ignored.

If the expanded terms of reference create a workload too onerous for her inquiry team, who are already working to an ambitious and stressful tight deadline, one simple solution is to expand the bench. A second commissioner can be appointed to take the second set of problems, related as they are but different.

To shore up support across the broader community, and to reassure those who are convinced there is an elaborate cover-up under way disguised as an inquiry, the Andrews government could take a radical step and approach former Liberal politician Mary Wooldridge to play a role.

Widely respected as a policy wonk, her participation would strip any politics from the inquiry. As a former minister and shadow minister, she is widely respected on both sides for her deep understanding of the issues and complexity of the portfolio. She would lend a gravitas and bi-partisanship to the endeavour.

Finally, can someone tell Brett Sutton it is rash and foolish to openly state that numbers may have peaked. We all hope his predictions are correct, but as Thursday’s figures show, we may be halfway through the six weeks, but we also may only be halfway through to the peak of new case numbers.

“We have got a repatriation plan and that is being processed,” he said. “We are …