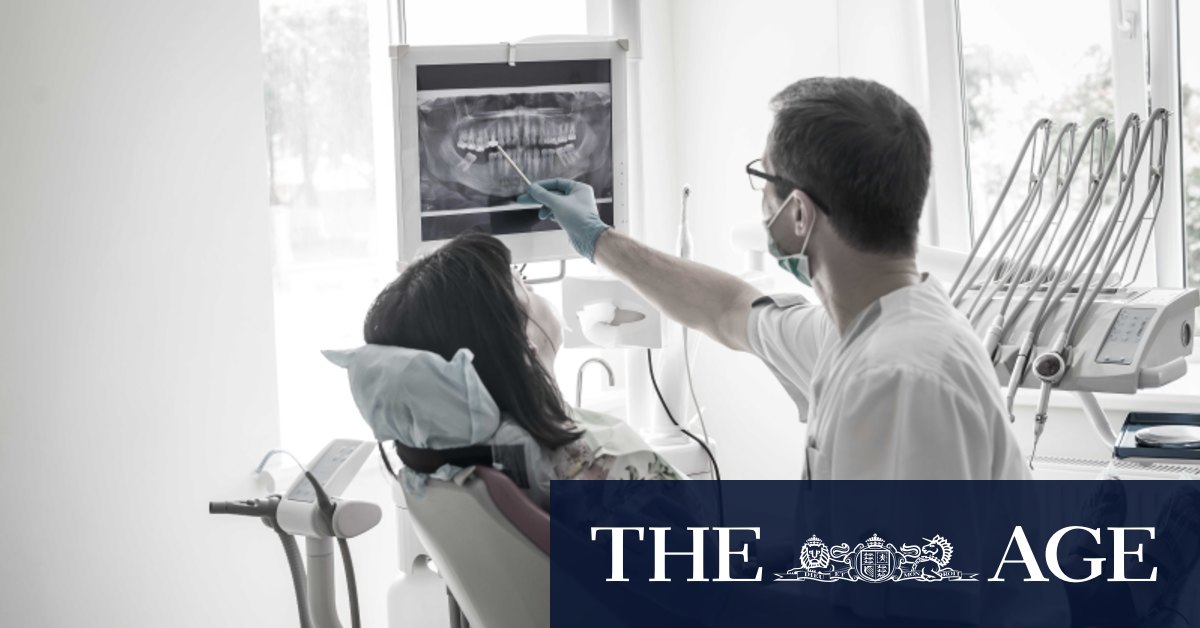 During the pandemic people were eating more sugary snacks at home, and were avoiding the dentist because of fears about infection or concerns about the loss of income, an ADA spokesperson said.

The report’s data includes Medicare figures for 2017/2018. It found half of those aged 15 and over had seen a dentist in the previous 12 months. About 53 per cent of the population had insurance that included dental cover, with the rate of insurance higher for people who still had some or all of their natural teeth compared with those who had none.

“For many Australians, cost may be a barrier to ensuring they receive the care they need, when they need it,’ he said.

The report didn’t include statistics during the pandemic. But it found many people who had avoided or delayed visiting a dentist in 2017-2018 because of cost had only visited in the past when they needed urgent treatment. People on low incomes were also much more likely to skip visits.

The report found significant gap fees for those with private insurance with rebates ranging from a low of $26 to a median of $800 to a high of $1989 for a crown.

Preventative care, such as the removal of plaque, had no gap or attracted a median gap of $16 and a high of $82.

Who is paying for dental care?

Rachel David, the chief executive of Private Healthcare Australia, said there had been a significant cost shift by the federal government to health insurance companies.

The report finds the proportion of total expenditure on dental services by health insurance funds has increased from 14.0 per cent in 2009-10 to 19.1 per cent in 2017-18.

Compared to the $1.5 billion in funding provided by the federal government, the report found private health insurance funding of dental services exceeded $2 billion.