Race-by-race tips and preview for Wyong on Friday

admin July 30, 2020 Sport Comments Off on Race-by-race tips and preview for Wyong on Friday 25 Views 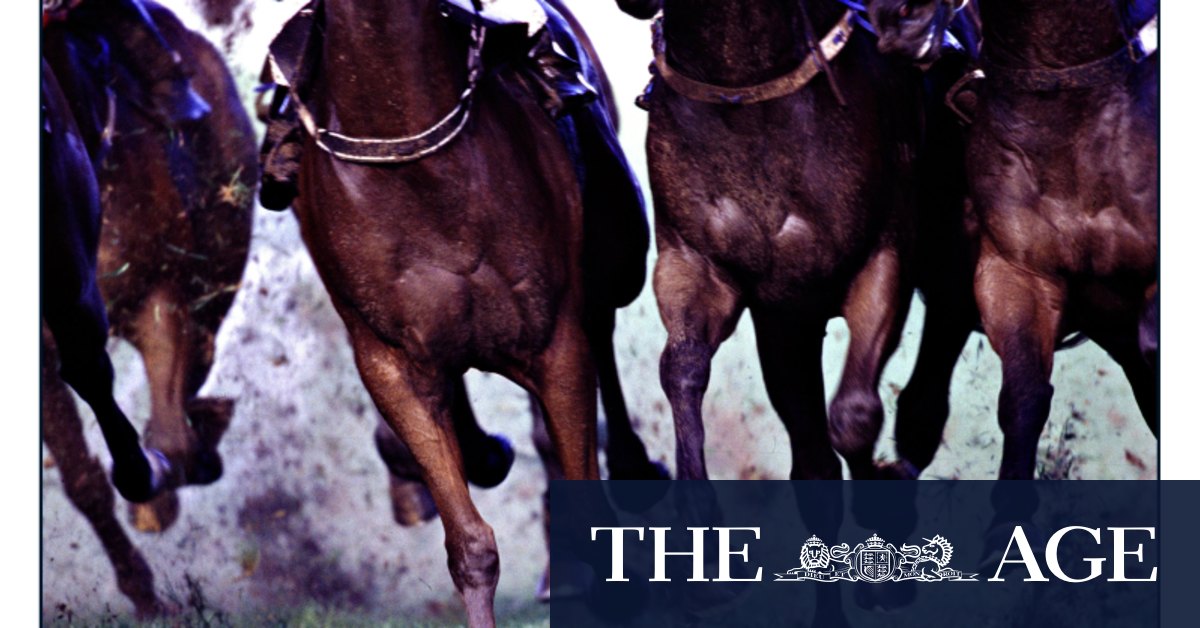 Plenty of chances in this one, headed by improving four-year-old Scone mare 8. Now Or Never from the Cameron Crockett stable who is searching for the extra trip after doing her best work late in both runs back from a spell. Looks to have more upside than most of these.
Dangers: Taree four-year-old 5. Man And Superman stays at the track and trip where he wilted late after tracking the speed. Can adopt a similar tactic here, or even lead, and this looks a shade weaker. Hard to believe capable Warwick Farm four-year-old 4. Haunting Spirit is still hunting a breakthrough win ahead of his 21st start, but he likes to roll forward, and has often battled away well in stronger company. Port Macquarie mare 1. Anamagic showed big improvement second-up when ridden in front, and can adopt a similar bid here back in distance.
How to play it: Now Or Never to win and trifecta 5,8/1,4,5,8/1,4,5,8.
Odds and Evens: Split.

Progressive Randwick three-year-old 7. Sweeping Brook, again from the Newnham yard, has seemingly found a breakthrough race at his third start with the blinkers coming off. Fought on strongly before just pipped in a better maiden at Kembla, supremely weighed after jockey’s full claim, and has the necessary engine to get over and dictate from a wider draw.
Dangers: Warwick Farm three-year-old 3. Happy Babe finished nicely on debut at Goulburn, drawn to settle a bit closer, and bred to eat up wet ground. Randwick filly 9. Dizzy Dawn also did her best work late third-up at Gosford, and should be hitting peak fitness.
How to play it: Sweeping Brook to win and quinella 3 and 7.
Odds and Evens: Odds a special.

Intriguing sprint at set weights. Those conditions suit improving Randwick three-year-old 2. Garrison from the Snowden yard second-up off a tidy draw. Should park just off the speed, and little drop back to 1100m is crucial.
Dangers: Rival Randwick filly 9. Eye See Things showed plenty in her first prep against handy metro opposition, and is headed for better races. Has trialled well, but first-up from a tricky draw is a value query. A gap to the rest, but Wyong filly 8. Enamour gets a soft run behind the speed, with a stronger rider going on, but will need to find a length or two against the other pair.
How to play it: Garrison to win and quinella 2 and 9.
Odds and Evens: Split.

Very good race for this class, and sets up well for four-year-old Newcastle mare 3. A Fortunate Lass from the Jason Deamer stable, down in weight and drawn to get an ideal trail. Was competitive enough in a stronger metro BM70 before edged out by a tough second-up specialist at Scone.
Dangers: Improving Randwick filly 4. Belitsa is a threat off a sound BM64 effort at Gosford, but won’t want to get too far back from the low draw. Warwick Farm three-year-old filly 6. Moetta has plenty of ability, and scored one of the better country maidens wins at Nowra first-up for six months. Has had to reload once or twice since, and will need to find her best against this lot. Was scratched from Hawkesbury on Thursday to be saved for this. Rival Farm three-year-old 2. Jacquine Reward didn’t finish off second-up under the big weight at Nowra, but fitter now and carries 3kg less. Newcastle filly 5. My Rose My Kingdom defied a betting drift to score a dominant front running maiden win third-up, but this is a decent hike in quality.
How to play it: A Fortunate Lass to win and trifecta 3,4,6/2,3,4,5,6/2,3,4,5,6.
Odds and Evens: Split.

Tricky speed map here, and going very wide in the market. Improving three-year-old filly 6. Light Of Uluru from the Kim Waugh yard should have gone close in a BM66 at Scone when forced back to the slower inside ground over the last 150m. Has good ability, and looks a mile over the odds after five runs this prep.
Dangers: Progressive three-year-old Randwick filly 2. Al Snip has looked home for the tea money in her last two at the provincials before being nailed right on the line both times. Again this is well within her reach, with a 1.5kg claim and trainer adding the blinkers, but still faces a task from a tough draw. Capable Newcastle filly 5. Hard Lady comes back to her best trip after not seeing out the mile in the Grafton Guineas while progressive two-year-old Randwick colt 10. Easy Campese broke her maiden in smart fashion second-up at Scone bouncing across to lead from a wide gate, but faces a tougher group here.
How to play it: Light Of Uluru each way and trifecta 2,5,6/2,5,6,10/2,5,6,10.
Odds and Evens: Evens.

Back in trip now for a similar grade, and likely the most open race on the card. Wide in the market again with Newcastle three-year-old 2. Mr Polar from the Charlie Porter stable. Was outclassed behind a smart one when overracing early two runs back at Randwick before working home late this grade and track. Will again settle around midfield and be very strong late.
Dangers: Plenty of them, headed by tough Wauchope three-year-old 3. Tallis who led them a merry dance in front to claim a Highway fourth-up, but of course it was a hot leader-biased Kensington track, and the win was flattering. Building a nice record, but sharp rise in weight and drawn wide leave him some query at the price, although he boasts good tactical speed. Progressive Warwick Farm filly 7. Our Bellagio Miss steps up from a dominant class 1 win at Nowra, but will have to work over and find a position from a wide barrier. Hoping talented but unreliable three-year-old 8. Coco Cuber is ridden quieter from a nice draw. Dropped out after leading here in the same grade third-up, but is more potent when ridden with a trail. Big watch on Hawkes-trained two-year-old filly 13. Pink Beau who resumes off a tidy trial and draws the fence with senior metro hoop aboard.
How to play it: Mr Polar each-way and trifecta 2,3,7,8/2,3,7,8/2,3,7,8,13.
Odds and Evens: Split.

Another open one to finish, with a stack of chances. Talented Newcastle three-year-old 3. Blazing Sunrise from the Kris Lees yard loomed to win fresh at home under a bigger weight before just edged out in the final couple of strides. Finished midfield in a group 2 over 2000m through autumn, and like him staying at the mile second-up.
Dangers: Improving Randwick colt 4. Just Society held on to deny the top selection at Newcastle, and similarly is a solid performer over more ground, but also sticks at the 1600m. Randwick three-year-old 5. Vienna Rain is hard fit, and looked smart winning a BM64 here, and the second horse Brutality then came out and scored convincingly at Warwick Farm on Wednesday. Include honest and tough local mare 9. Ondo Pasa who loves to settle back and finish hard, and relishes rain-affected going.
How to play it: Blazing Sunrise to win.
Odds and Evens: Split.