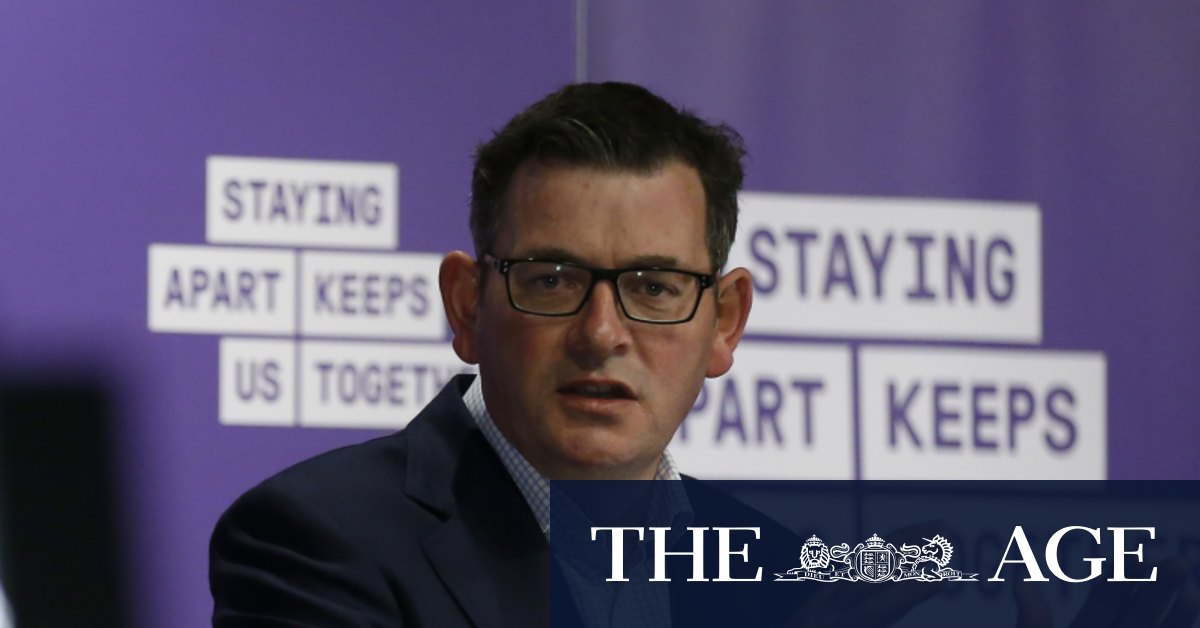 Pubs, restaurants and cafes will be allowed to stay open in those areas, and the rest of regional Victoria outside Greater Melbourne and Mitchell Shire.

Mr Andrews said it might seem counter-intuitive that “you can go to the pub but you can’t go to your mate’s place”, but transmission was not taking place in cafes and restaurants.

Most transmission was occurring at workplaces, but there were still some “household to household” infections in regional Victoria, he said.

“That makes sense when you think about it. People are not necessarily keeping their distance in their family home,” he said. “It’s a natural thing. You let your guard down.”

Active cases in Greater Geelong have reached 63, including 11 residents and one worker at the Opal South Valley aged care home, Barwon Health confirmed. Sixteen of Geelong’s cases are related to the Golden Farms chicken abattoir cluster.

“We are quite concerned and doing our very best to damp down and contain the outbreak quickly,” he said.

Professor Athan said he felt for the residents and their families.

The nursing home could not be reached for comment.

The Golden Farms abattoir, owned by Turosi, has been ordered to close for two weeks while its 420 workers self-isolate and get tested.

“Our priorities right now are the health and wellbeing of our employees and assisting them at this very difficult time, and preparing for the Geelong plant to reopen in due course,” he said.

The United Workers Union, however, called on Golden Farms to provide paid pandemic leave to its workers, who they say had been forced to use leave entitlements while unable to attend work.

Professor Athan said that in the Colac Otway Shire the number of active cases had reached 70.

Professor Athan said many of those infected through the Colac abattoir were recovering well.

“It’s obviously not ideal, but I think everyone appreciates the need to contain the spread of the virus,” she said.

Government figures showed there were 18 active cases in Bendigo, compared with 11 the day before.

A Bendigo Health spokeswoman said new cases emerged on Wednesday in Bendigo and Heathcote that were not linked to the Don KR cluster, which reached 10 this week.

“This is deeply concerning and it is evidence that community transmission is occurring in Bendigo and surrounds,” she said.

“It is clear from the contact tracing we have undertaken that people are going out and about in the community after symptoms have begun and this is a problem.”

The health service expects cases to rise in the Bendigo area and warned regional Victorians against complacency.

Previous Meghan’s Wikipedia page changed her to humanitarian before big reveal
Next Slip of the tongue: Franklin could be back for Sydney derby