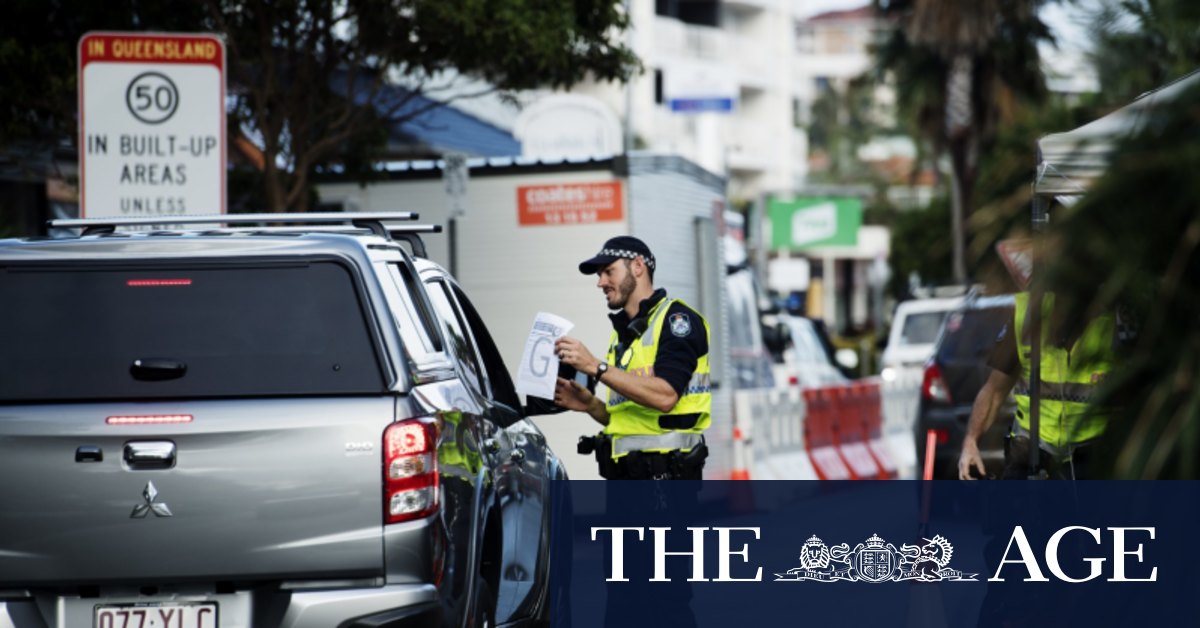 “Of course you can’t just suddenly close the border — you have to give people reasonable notice — but it does create a risk because people have been exposed and they’ll come in without having to go into any sort of quarantine,” Professor Fitzgerald said.

“It’s not a high risk because the numbers in NSW are still reasonably low but they’re still growing.”

Professor Fitzgerald said the example of a Queensland couple who self-isolated voluntarily after returning from an area that was later declared a hot spot, before testing positive for COVID-19, should be held up as the gold standard of preventing the spread of the disease.

“Anyone who is coming in needs to be alert and cautious, and if they develop any symptoms, they need to isolate immediately and get tested,” he said.

“It’s important to remember that the tests just confirm that the virus is there. It’s the isolation which prevents the spread.”

Deputy Police Commissioner Steve Gollschewski said he understood there was community concern about how the borders were being managed following the case of three women allegedly lying about having visited Melbourne before sparking a local virus cluster.

But he moved to reassure Queenslanders that everything was being done to prevent a repeat of the incident and clamp down if it was to occur.

“People do their border passes and in them they provide information, so what our officers do is they verify that information through various means,” Mr Gollschewski said.

“Can I give everyone an assurance that we have thought about [these border concerns] extensively, we have tested the things we need to do, and within the current legal and operational restraints we have we are operating on the best system.”

More than 100,000 people had been processed through Queensland’s airports since July 10 and 49 were turned around for not having a valid reason for entry, Mr Gollschewski said.

On the roads, 2593 people have been turned back at the border over the same time period.

The border closure for Sydney has been hailed as a strong move to protect public health, but tourism operators are again feeling the pinch.

When the borders were reopened on July 10 to all states except Victoria, operators were hopeful they could make up some of their losses before the end of the winter period.

“We’ve had numerous calls from operators across the state saying the August bookings have been cancelled,” he said.

“I had one operator from the back of the Gold Coast tell me that as soon as the Sydney region was declared restricted they lost half a dozen major bookings in the first few minutes and then also lost a large event that same day.

“Another operator in far north Queensland, 40 per cent or more of their business comes from Sydney, and if you combine that with Victoria, there’s a big impact.”

Mr Kapernick said 4.5 million people from NSW visited Queensland every year and a large proportion of them were from the greater Sydney area.

“We are very supportive that the Premier is making decisions on this because we don’t want to be Victoria in three or four weeks’ time,” he said.

“So the message has been clear and decisive. Now it’s just the time frame which is the issue. We don’t know how long this will last.”

Mr Kapernick urged the state and federal governments to consider extending tourism industry support packages, most of which are due to run out around September, to ensure operators were supported if their main sources of visitors remained off limits.