As lockdown boredom bites, board game designer finds his turn to shine

admin August 1, 2020 Victoria News Comments Off on As lockdown boredom bites, board game designer finds his turn to shine 50 Views 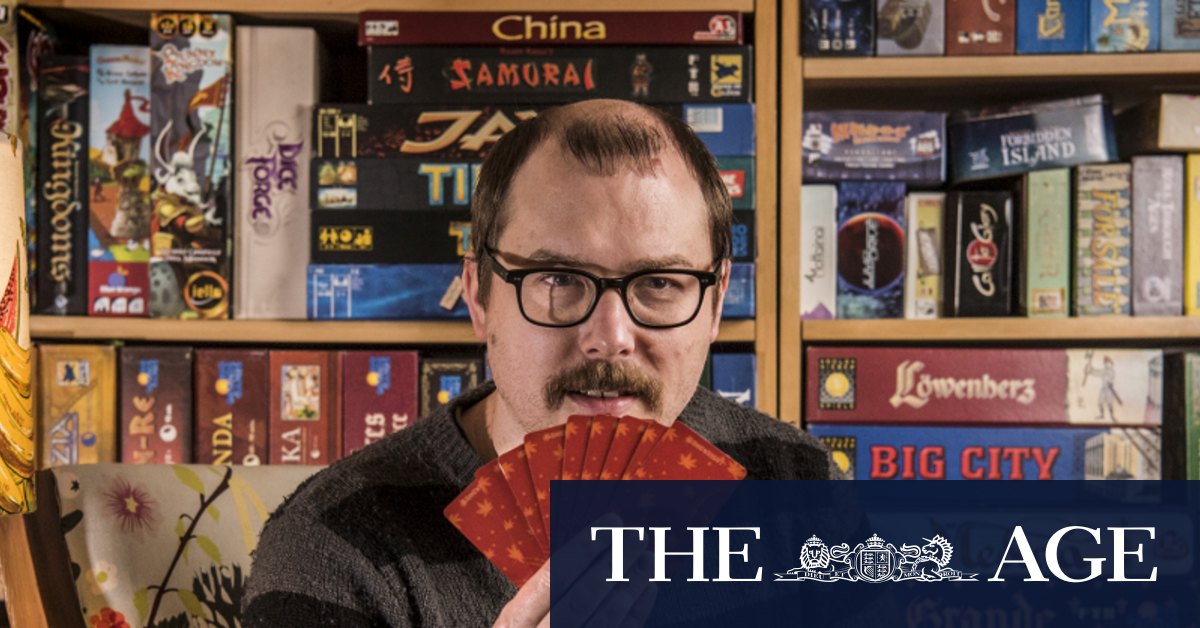 People were walking out with armfuls of jigsaw puzzles, she said, “like panic buying with toilet paper”.

Among the hot board games have been Monopoly, Catan, Ticket to Ride, Awkward Guests and, perhaps appropriately, Pandemic, a 2008 release in which players battle a virus.

Mr Walker-Harding earns about 5 per cent of the wholesale price in royalties, but he still chooses to work as a pastor at St Stephen’s church in the Sydney suburb of Newtown.

In his spare time in the cottage next door to the church he is brainstorming themes or playing other board games, distilling their best features into the nub of his next big project.

“Some games don’t make it. Some stay stuck. I’ve got a shelf of prototypes that are stuck,” he said.

The inspiration for Sushi Go! came in 2012 while playing two other games called Fairy Tale and 7 Wonders, in which players pass cards around a table.

“[After developing the concept] I thought that it felt a little like a sushi train, where you’re sitting at a table and dishes are moving around a table. So I thought, ‘Sushi, that’s perfect’.”

He self-published the game in 2013 and it was picked up by US publisher Gamewright and shipped around the world.

Mr Walker-Harding might not be a household name but within the gaming industry he has built a strong following. Sometimes fanmail arrives, including one letter from a stranger thanking him for designing Cacao, which helped the man and his foster daughter form a connection.

“That was pretty cool,” he said.

Richard Lloyd, son of Squatter‘s late designer Bob Lloyd, said there had been more orders for his father’s 58-year-old game in the first days of the pandemic than in the previous six months.

Mr Lloyd said his father would be “absolutely delighted” to know his game was bringing people fun and comfort in stressful times.

“There’s a lot of things behind [Squatter]: water, business management, faming. They’re the obvious things. What’s not so obvious, and its true for other games, is the social skills in it. You have to take your turn. You pass the dice to the next person.

“When you sit down with a family to do that, it’s the best environment for a child to learn those things. That’s exactly where people went back to [in lockdown]. They were looking for activities [and said] let’s sit down together.”

Looking for some good news?

We could all do with some good news right about now. That’s why we have launched The Good News Group, a Facebook group where we’ll share uplifting, inspiring and positive stories and invite members to do the same. Join the group here.