admin August 1, 2020 Latest News Comments Off on Michael Coutts-Trotter’s journey from drug smuggler to head of the justice system 302 Views 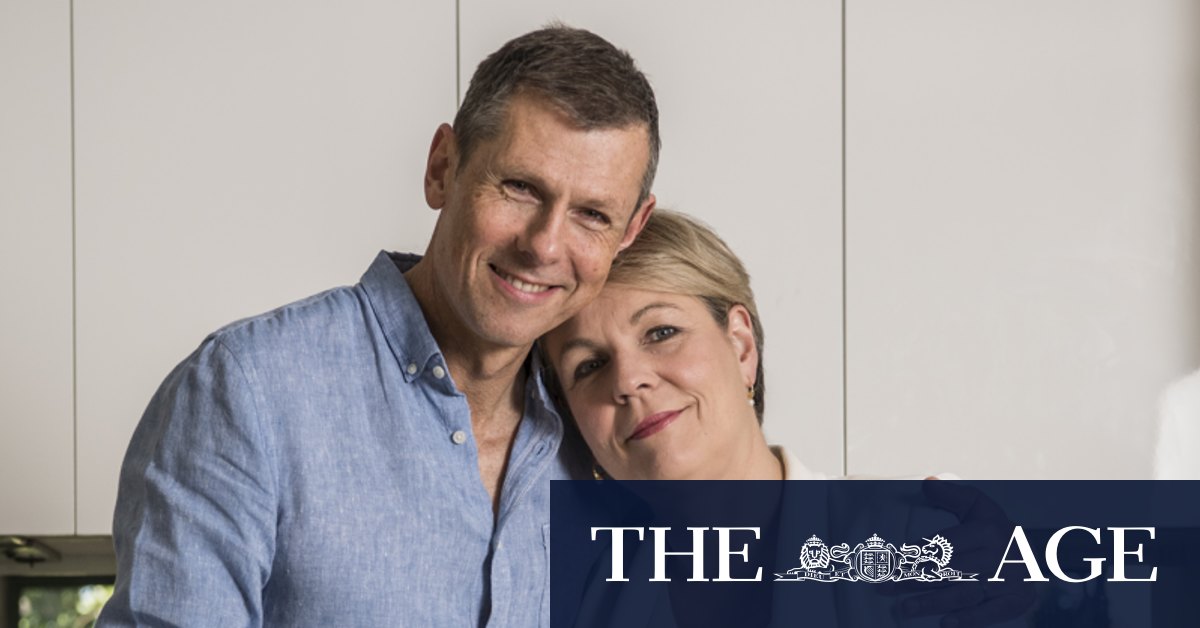 “I really feel deep regret that my life and my history and is too often hung around my wife’s neck by people who use it as some kind of criticism of her – that there’s something morally broken about her for her to choose to be with me,” he says.

“Which I just think is a) hurtful and b) probably a credit to her – if that’s the only point of criticism, well, she must be as brilliant as I think she is. But it just does seem wearing and unfair that she gets tagged with it 36 years after the event.”

An only child, Mr Coutts-Trotter moved to Australia with his parents at age 11. His British father died of cancer just months after their arrival. Though he had a privileged education at St Ignatius College Riverview, “I didn’t handle the uprooting and moving across the world, combined with the loss of my dad”. He started drinking at about 12, and by 17 he was addicted to heroin. He presents the events in his life as an explanation for his actions, not an excuse.

“So many people experience changes in their lives that are much, much harder than that, much more brutal, and are resilient and make their way through it without self-medication,” he says. “I wasn’t one of them. I was a person who turned to drugs and alcohol as a way of mediating my contact with the world.”

As is common among addicts, he started dealing small amounts to friends to finance his habit. “As is not usual with most people, I really quite explicitly and selfishly stepped it up from there.”

Mr Coutts-Trotter had almost accomplished a mission to import half a kilogram of heroin into Australia when he was arrested in 1984 after picking up a parcel from the then Redfern Mail Exchange. Remarkably, his Justice Department office is on the fourth floor of that very building.

Locked up on remand, the 19-year-old went through severe heroin withdrawal, including waking hallucinations, and enthusiastically took up an offer to go to a Salvation Army rehab centre. At his 1986 trial he pleaded guilty and was sentenced to a maximum of nine years in prison, but served just under three, at the notorious Long Bay jail.

“There were vicious assaults and bashings by prisoners on prisoners, there were sexual assaults,” he says. “You know that old [saying] about war – 90 per cent boredom, 10 per cent terror – it was pretty much like that.”

Mr Coutts-Trotter later completed a communications degree at the University of Technology and was given a job by then NSW treasurer Michael Egan. From there he cultivated a career in public service, becoming director-general of the Education Department in 2007, then heading Finance, then Family and Community Services, and finally the amalgamated Communities and Justice department last year.

When he took the Justice job, he sent an email to his 40,000 staff – including those working in prisons – explaining his criminal history and imploring them to keep an open mind about him.

He tells the podcast his time in jail taught him a few key lessons about the prison system he now draws on in his job. For one, some criminals are “relentlessly attached to a pattern of violence and hurting other people”, and need to be incapacitated inside prisons.

Others can be rehabilitated, and that’s a key task for prison workers, most of whom he came to have a “high regard” for while incarcerated. “There were a lot of people who put a lot of heart into the job and really believed in the truth that we’re all more than the worst thing we’ve ever done.”

Finally, he was confronted by “how many Aboriginal people there were in jail, and how many of those people were in jail for what I thought were just completely trivial offences”. That remains a challenge Mr Coutts-Trotter is yet to overcome.

Ms Plibersek says she’s immensely proud of everything her husband has achieved, personally and professionally. “It was some first date, that’s for sure,” she says of their 1991 rendezvous.

“If you’re a parent who has a child in the grip of addiction, Michael’s story shows there’s hope – that it’s possible to come out the other side to live a full and purposeful life.”

Previous Fashion, features and function. Why you won’t find these masks at 7-Eleven
Next Thousands march in Berlin against coronavirus restrictions