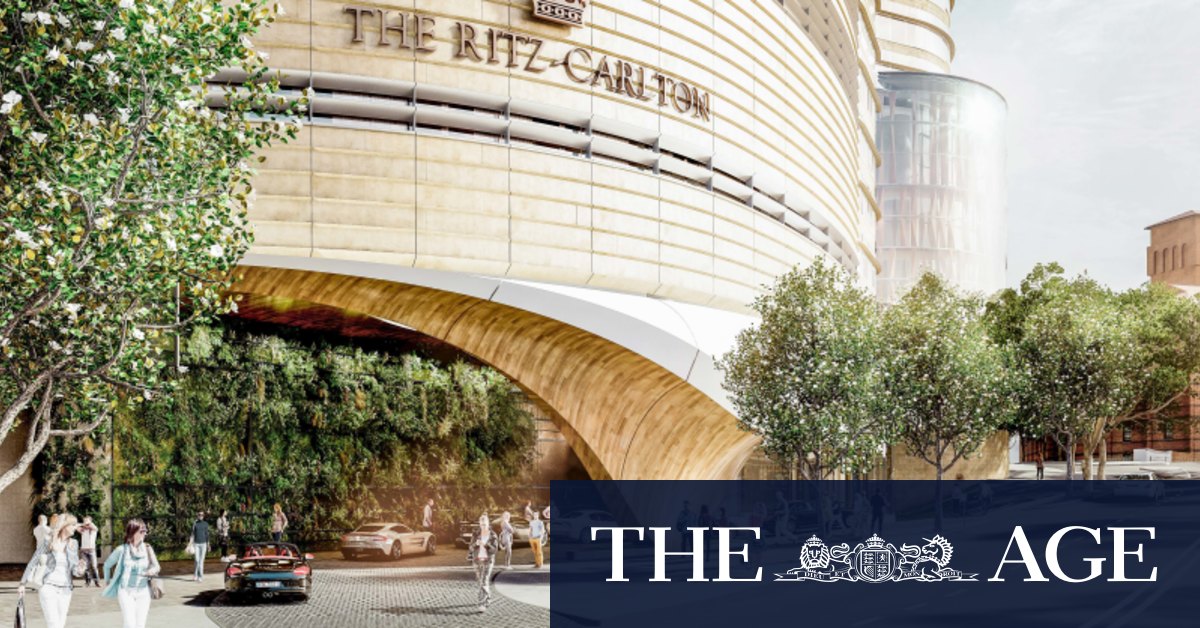 On the government side of things, I’m told, it is Deputy Premier John Barilaro – so often the one right in the middle of a stink – who pushed hardest in cabinet, and Stokes caved in to his demands. Clover? In the end it seems likely she realised it couldn’t be stopped, and in return for her rough acquiescence, she is on a promise that Wentworth Park will lose the wretched greyhounds by 2027, meaning some green space will be given back to an inner city crying out for it.

Just another week in Sydney Town.

Back in the day, about a decade ago, this column noted the proliferation of crazed bike couriers zipping and zapping every which way on Sydney’s streets in a manner that had little to do with the road rules. I recounted how I had been stopped at the lights on the corner of Park and Elizabeth streets and had just expressed amazement to my mate that more of those couriers don’t get knocked over by traffic, when one of them ignored those same red lights and was hit right before our eyes. After being cleaned up in the middle of the intersection by a car heading south on Elizabeth, he performed a couple of somersaults in the pike position – degree of difficulty 2.2 – before landing like a cat on all fives (for he face-planted for good measure), badly shaken but unhurt. But the bike couriers then were as nothing to what they are now, and you will have noted how, even as we speak, they are swarming city streets on e-bikes as never before. Good. The new e-generation are far more cognisant of the lights, and every time we can replace a car with an e-bike, everyone wins. I test-rode one a fortnight ago, and am still stunned. If I get one, I can charge it from a single small solar panel. It feels like the future.

Speaking of zeitgeist, one of my schoolmates’ posted this on Tuesday: “My final message on Facebook. Dear Friends, The fact that you are reading this means that I am dead. As a handful of you are aware, I was diagnosed with stage 4 bowel cancer in March 2019 and apparently it finally got the better of me. I’ve decided not to have a traditional funeral, although my ashes will be sprinkled at the Spit Beach on the Gold Coast at some point. Timing may depend on social distancing requirements – depending on how that currently stands – but my son Angus will post details here when the time comes for those who may be interested. In any case I’ll keep this short … just wanted to say it’s been a privilege knowing each and every one of you, and I wish you all health and prosperity for the future. Fond farewells, Andrew.” Farewell, Andrew. And that was a typically classy, interesting sign-off from you.

“National hubris and belief in American exceptionalism have served us badly. We were not prepared to see the risk of failure.” – Martha L. Lincoln, a medical anthropologist and historian at San Francisco State University, in The New York Times on the explosion of the pandemic in the US.

“If some people are uncomfortable, they go work out and do whatever. Some people just let out the pants.” – Michael Shimunoff at La Moda Custom Tailors in Queens, New York, about the phenomenon of stay-at-home weight gain – playfully called the Quarantine 15 by some – which has brought an unexpected windfall for tailors. Some said they have seen business rise by as much as 80 per cent, with customers asking for buttons to be moved, waistbands lengthened and jackets made more roomy.

“I don’t want to see the koala extinct by 2050, I want to see their population doubled by 2050 … at least another 20,000 koalas [by then]. Koalas are the most iconic example of our mismanagement of the environment and we’ve got to say ‘enough is enough’.” – NSW Energy and Environment Minister Matt Kean.

“I think a bit of symmetry like the number 40 is worth positing on. Happy Birthday today to my favourite achiever in the whole wide world, someone, who despite everything on her plate, still finds time to squeeze lots of fun, love and happiness into our wee family unit. The. Best. xx.” Jacinda Ardern’s partner, Clarke Gayford, marking her 40th birthday last Sunday on Instagram.

“I’ve actually liked the fact there’s not too many people in the city, not too many tourists everywhere you go. It’s been really quiet and nice.” – Dutch backpacker Sietse Peer looking on the bright side of COVID-19 lockdowns. The 26-year-old arrived here in February, just before the world changed and the borders were sealed. Now he has a four-person dorm room all to himself at the YHA hostel in The Rocks in Sydney.

“The idea it [wearing a mask] is an imposition on someone’s freedom or individual rights, I’m not sure I can be convinced of that. That sort of behaviour has to stop. I acknowledge wearing a mask can be difficult and it takes some time to get used to but, in all seriousness, it is just having a mask on.” – Deputy Chief Medical Officer Nick Coatsworth.

“My mother is in her mid-70s, with underlying health issues but she lives at home. Some of the stories we’ve seen are unacceptable and I wouldn’t want my mum in some of those places.” – Victorian Premier Daniel Andrews about the state of aged care in his state as COVID-19 rips through nursing homes.

“The idea that our carers, that our nurses, are not providing that care, I think is a dangerous statement to make. They are wonderful human beings, and I won’t hear a word against them.” – Federal Health Minister Greg Hunt about attacks on nursing home staffs.

“That’s a matter for the Queensland Premier. It would have been nice if she’d told me, but that’s fine.” – NSW Premier Gladys Berejiklian after Queensland Premier Annastacia Palaszczuk announced that all of Sydney was a prohibited area for people trying to enter her state.

JOKE OF THE WEEK

When Bill Gates launched the new Microsoft Vista program at a gala presentation in Los Angeles a while back, he made the point that if General Motors had kept up with technology as the computer industry has, we would all be driving $25 cars that got a thousand miles to the gallon. General Motors issued a press release saying, au contraire, if GM had developed technology like Microsoft, we would all be driving cars with the following characteristics: 1. For no reason whatsoever, your car would crash . . . twice a day. 2. Occasionally, your car would die on the freeway for no reason. You would have to pull to the side of the road, close all the windows, shut off the car, restart it and reopen the windows before you could continue. For some reason, you would simply accept this. 3. Macintosh would make a car that was powered by the sun, was reliable, five times as fast and twice as easy to drive – but would run on only five per cent of the roads. 4. The airbag system would ask ‘Are you sure?’ before deploying.

Previous Sydney and Melbourne suburbs are splintering down income lines
Next The cheque could be in the mail: Labor open to Australia Post bank