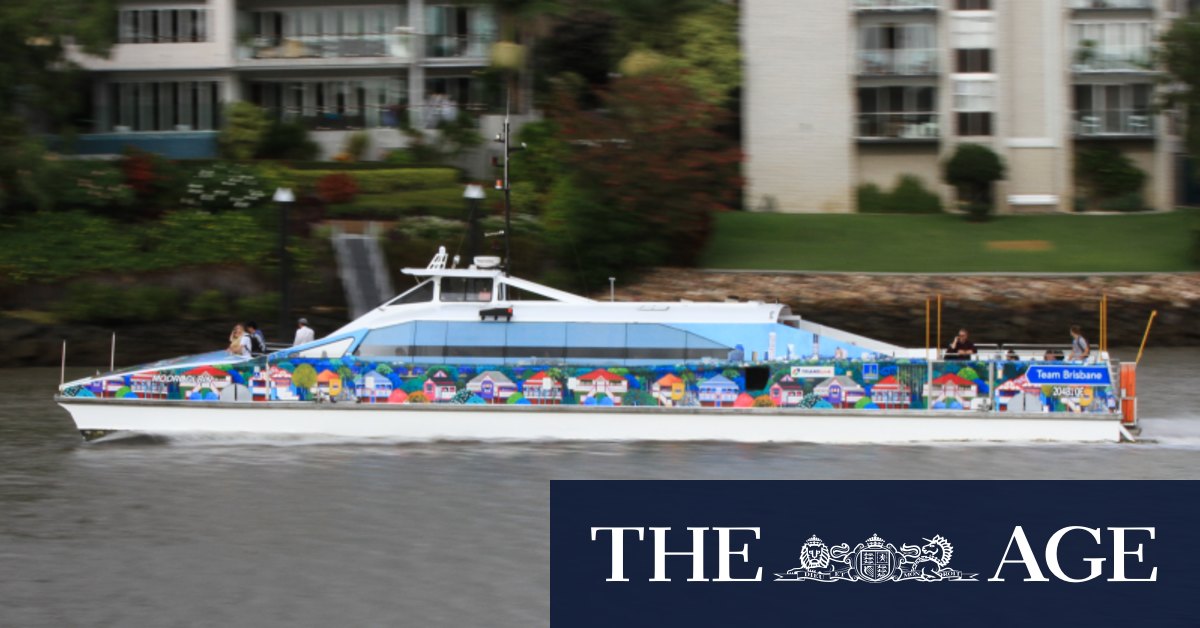 “However, to be more environmentally friendly and to save ratepayers, we have made the decision to discontinue CityCat wraps once the current wraps reach the end of their life.

He said the move would save ratepayers $836,000 as the average CityCat cost about $38,000 to wrap and used more than 50 kilograms of plastic.

Brisbane artist Debra Hood, whose artwork has featured on the Mooroolbin CityCat for four years, said she was told of the decision after that boat was pulled from the water in January to have its wrapping renewed.

“Brisbane City Council called and said they would re-wrap my design on one of the new double-decker CityCats, which was very exciting for me,” Ms Hood said.

“They said it would be back on the water in April or May.

“Then I got a call last Thursday [July 30] saying that there would be no re-wrap.”

She was told the ferries dedicated to sporting teams would meet the same fate.

“It’s very sad that such a decision has been made,” she said.

“We will lose so much of our Brisbane identity and connection that people have with them and the joy they bring.

“The council lady who rang me was most apologetic. I think she was sad about the decision too.”

“I am totally speechless at another senseless decision by the Lord Mayor and LNP Council,” she wrote on Facebook.

“First they take all of our cross river ferries off the water (with no notice and with no date of return) now this!!

Cr Murphy stressed the move was not permanent, saying the ferries would still be decorated through collaborations with local community artists, including a “significant activation” for Brisbane Festival in September.

“We’ve designed the new double decker CityCats with larger floor-to-ceiling windows that offer optimal views of the city,” he said.

“Current wrap does sometimes cover the windows and I want everyone to be able to see what’s going on across Brisbane as they take their journey.

“This doesn’t mean that we won’t ever wrap CityCats into the future, but we were approaching a situation where just a handful of Cats were in their original livery.

The wraps will be removed progressively as the vessels go in for scheduled maintenance.