‘No leg to stand on’: Buckley laments tennis match after Magpies loss

admin August 2, 2020 AFL Comments Off on ‘No leg to stand on’: Buckley laments tennis match after Magpies loss 47 Views 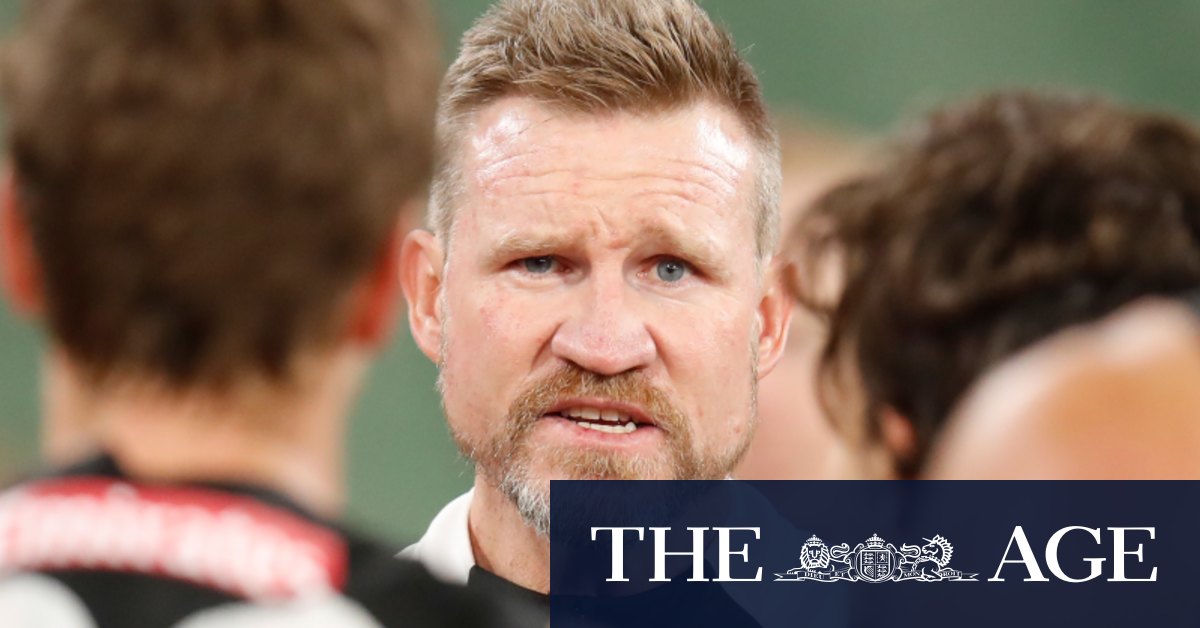 “We believed it had been covered off, we thought it had been ticked off and that was including the fact that two people … you can play with people outside of the hub but not at that time of the week and it has to be immediate family or housemates,” he said.

“And even earlier in the week you can exercise … with an immediate family member, with someone outside of the hub, but you can’t play tennis with them.

“There are some situations where it’s OK and some where it’s not with different people at different times so it still is a little bit … it’s really clear but it has shifted and changed over time.

“I’d be frustrated if I was [a supporter] in lockdown then something like this happened. Look I’ve got an understanding of that, I don’t have a leg to stand on. It was a lack of due diligence by me and follow up and should have known better, should have checked again before we’d gone.

“I just had a really expensive game of tennis during the week.

“We all understand there’s only a handful of COVID cases in WA … the health risk is not a concern. [But] I have a responsibility to adhere to the rules and regulations of the AFL. In 2020 hub protocols are a part [of that].

“We’re privileged to continue working and the players, staff, families are making sacrifices in some shape or form to be able to keep the industry going.

“I’m not bitter and twisted about it at all, I don’t find it onerous as such. I feel grateful to be in the position I am in and we’re in.”

The coach said the Pies lack of aggression around the ball was the main reason for the loss to Fremantle.

“We have lacked a bit of an edge in the last couple of weeks. The last two games we have really haven’t been as aggressive as we usually are,” Buckley said.

“Not aggressive enough, not hungry enough to stick those tackles.

“They were more intent across the board than we were, which is a concern for us because we pride ourselves on that.

“In the end it is an mental and emotional challenge. There’s a physical challenge in quick turn around between games but we’ve been humbled in that area.”

The Pies play Sydney on Thursday, their second game in four across 14 days.

Previous Copying UK defamation laws will fix Australia’s ‘plaintiff bonanza’: Spycatcher silk
Next Victoria’s recovery will be painful, but might not take as long as feared