Childcare centres in dark on who will attend during stricter lockdown

admin August 3, 2020 Victoria News Comments Off on Childcare centres in dark on who will attend during stricter lockdown 28 Views 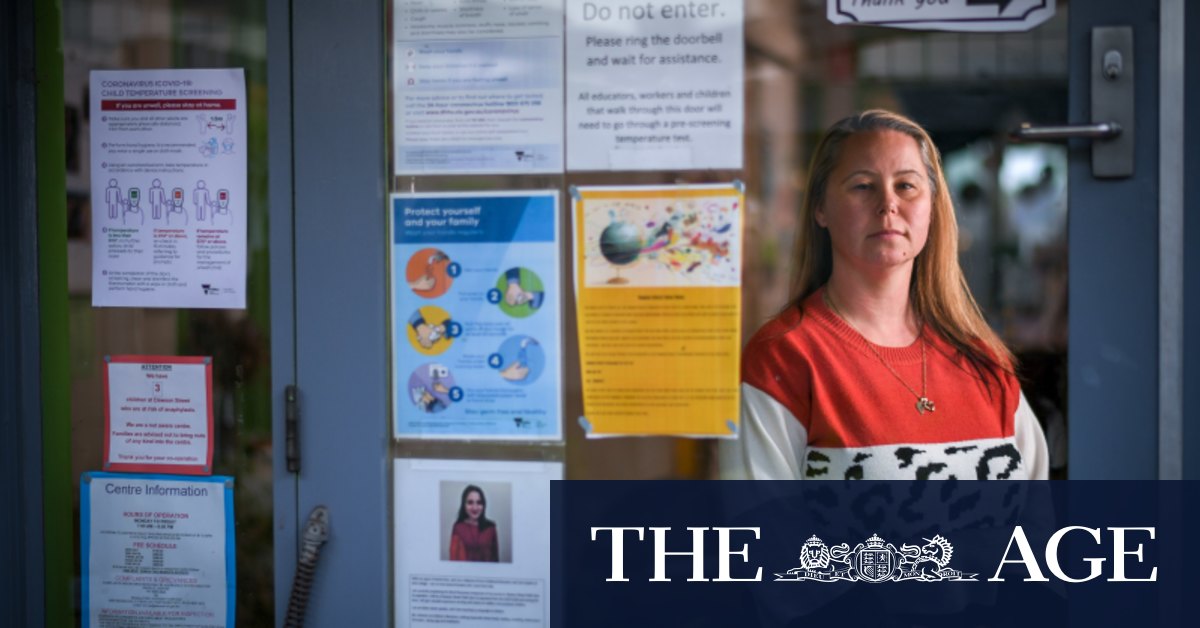 Premier Daniel Andrews said that “in broad terms” only people who must go to their place of work would be permitted to send their children to school or childcare.

“I know that will be incredibly challenging for a number of people who perhaps are working from home, but there’s simply no choice, we’ve all got to make a contribution to less movement rather than more.”

Specific details on permitted workers are likely to be released on Tuesday.

Thousands of childcare centres are at risk of folding permanently due to a lack of income from parents’ fees if the vast majority of children do not attend for six weeks, the Community Child Care Association has warned.

“Government transition payments may not be enough to keep the sector afloat as parents pull their children out of the system,” executive director Julie Price said.

“At the peak of the first wave, attendance fell to as little as five to 10 per cent. Now, services that have struggled to get back on their feet will face rock-bottom attendances.”

Narelle Lawton, director of Dawson Street Children’s Co-operative in Brunswick, welcomed the decision to restrict access to childcare, and said she believed her centre would ride out the lockdown.

“We have educators who are feeling very vulnerable themselves about having to come to work in an environment where you can’t socially distance from children or each other,” Ms Lawton said.

She said she would prefer to shut her non-profit centre for six weeks than keep it open for a small number of children, as it would be less costly and would minimise the risk of spreading the coronavirus.

The Community Child Care Association urged the Andrews government to let early childhood centres forced to close due to COVID-19 restrictions access its $534 million Business Support Fund, announced last month, which provides grants of up to $5000.

It also called for extra support from the Morrison government, which ended JobKeeper payments for childcare sector workers on July 20, replacing them with a transition package worth up to 25 per cent of JobKeeper.

Prime Minister Scott Morrison said the Commonwealth was working through the details of support it would provide to the childcare sector.

“Businesses affected by today’s announcement that previously may not have been on JobKeeper can apply now,” Mr Morrison said.

“People who are affected potentially by loss of employment can apply now.”

Amanda Rishworth, Labor’s spokeswoman for early childhood education, said the decision to end JobKeeper payments for early educators was “based on the false assumption that the crisis was over”.

“Once the situation in Victoria developed it became quickly apparent that this was ill-conceived, and that early educators still required support to remain on the books and connected to their employers,” Ms Rishworth said.