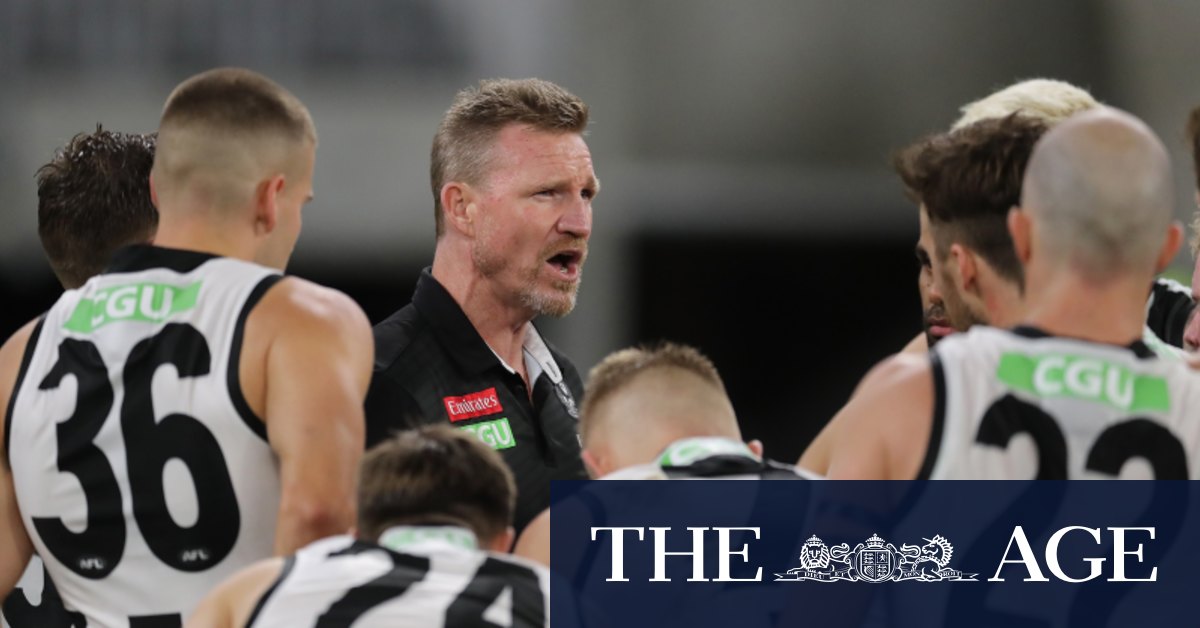 Did off-field issues affect the Pies in their loss to Fremantle? Or were they simply outcoached?

This week on the Real Footy podcast, Michael Gleeson, Jake Niall and Caroline Wilson discuss the leadership problems at Collingwood, and the on-field issues that hit them against Dockers. They were exposed in various areas on the ground, and it could affect them heading into their fixture crunch.

Also this week: Nic Naitanui’s ruckwork was dazzling in round nine, as the Eagles notched a win in a great game against the Cats. But was that, or Richmond’s win the most imperious performance of the round?

The Saints’ win was only against the 16th-placed side on the ladder. But there was something reassuring about their performance. Have recent results shown the Saints can challenge? Or are they missing a key ingredient? The panel also takes a look at Jake Carlisle’s behaviour against Dane Rampe and whether the AFL came down hard enough on the Saint.