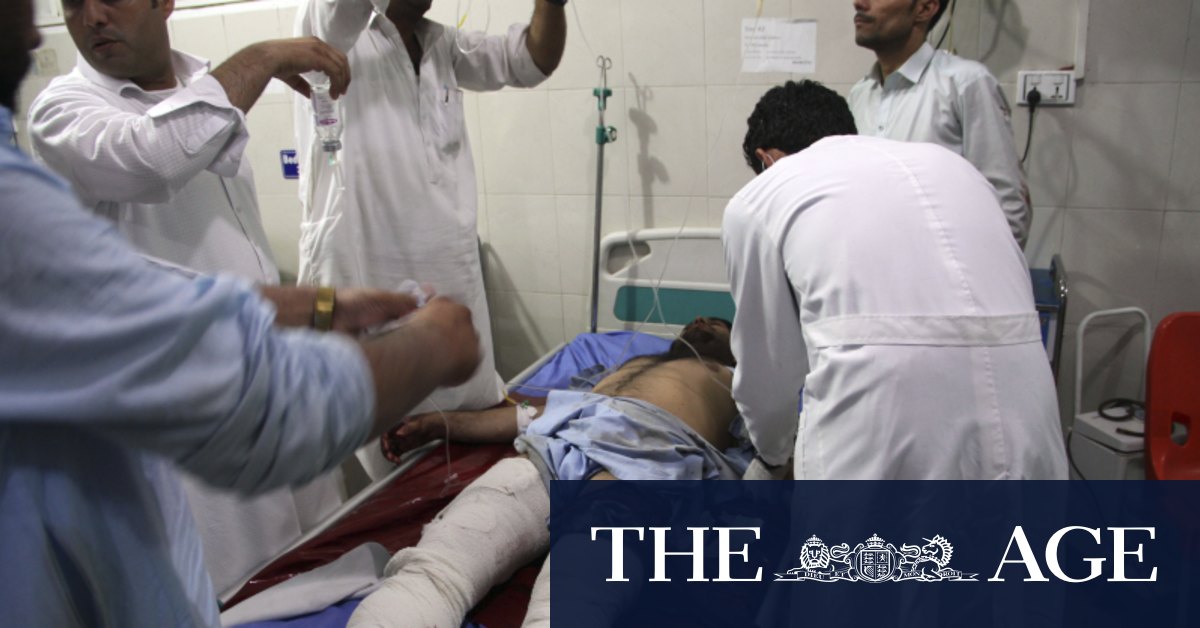 An IS affiliate in Afghanistan, known as IS in Khorasan province, claimed responsibility for the attack. The affiliate is headquartered in Nangarhar province.

The motive of the attack wasn’t immediately clear. However, some prisoners have escaped during the fighting, said another provincial official, who spoke on condition of anonymity because he was not authorised to speak to journalists.

The prison houses about 1500 inmates, of which several hundred are believed to belong to the Islamic State group affiliate in Afghanistan.

The attack comes a day after the Afghan intelligence agency said a senior IS commander was killed by Afghan special forces near Jalalabad.

While the terror group has seen its so-called caliphate stretching across Iraq and Syria eliminated after a yearslong campaign, the group has continued fighting in Afghanistan. The extremists also have battled the Taliban in the country, whom the US overthrew following the 2001 American-led invasion after the September 11 attacks.

The Taliban’s political spokesman, Suhail Shaheen, said his group was not involved in the Jalalabad attack. The US brokered a peace deal with the Taliban in February. A second, crucial round of negotiations between the Taliban and the political leadership in Kabul has yet to start. Still, Washington and NATO already have begun withdrawing troops in line with the deal.

“We have a ceasefire and are not involved in any of these attacks anywhere in the country,” he said.

The Taliban declared a three-day ceasefire starting on Friday for the major Muslim holiday of Eid al-Adha. It expired at 12am on Monday although it wasn’t immediately clear if it would be extended. The US is pushing for an early start to intra-Afghan negotiations that have repeatedly been delayed since Washington signed a peace deal with the Taliban in February.

The Taliban also had denied being involved in a suicide bombing in eastern Logar province late on Thursday that killed at least nine people and wounded 40.

Afghanistan has seen a recent spike in violence, with most attacks claimed by the local Islamic State group affiliate.

Earlier Sohrab Qaderi, a provincial council member, said a huge car bomb explosion was followed by at least two smaller blasts outside the government-run prison, and that police then fought attackers who had taken up positions nearby.

The Taliban says it has freed all 1000 Afghan prisoners it had pledged to release in a deal brokered by the United States.

The complex nature of the attack mirrors past Taliban assaults on other prisons in Afghanistan. In 2015, a Taliban raid on a prison in Ghazni freed more than 350 prisoners. It, too, was led with a car bomb that breached the complex’s perimeter before gunmen stormed the buildings.

Islamic State has been increasingly recruiting from within the most extreme ranks of Taliban fighters. Afghanistan’s Islamic State offshoot has claimed responsibility for a number of recent Kabul attacks in which gunmen stormed buildings and held off security forces for hours, but none as complex as Sunday’s prison raid.

Jalalabad’s central prison holds Islamic State-linked fighters as well as those linked to the Taliban, but the most senior fighters from both groups are held in prisons in Kabul.

IS was not a party to the ceasefire, and the attack probably would not constitute a violation of the truce. But the prison raid does highlight the kind of violence that could continue in Afghanistan despite the peace deal with the Taliban.