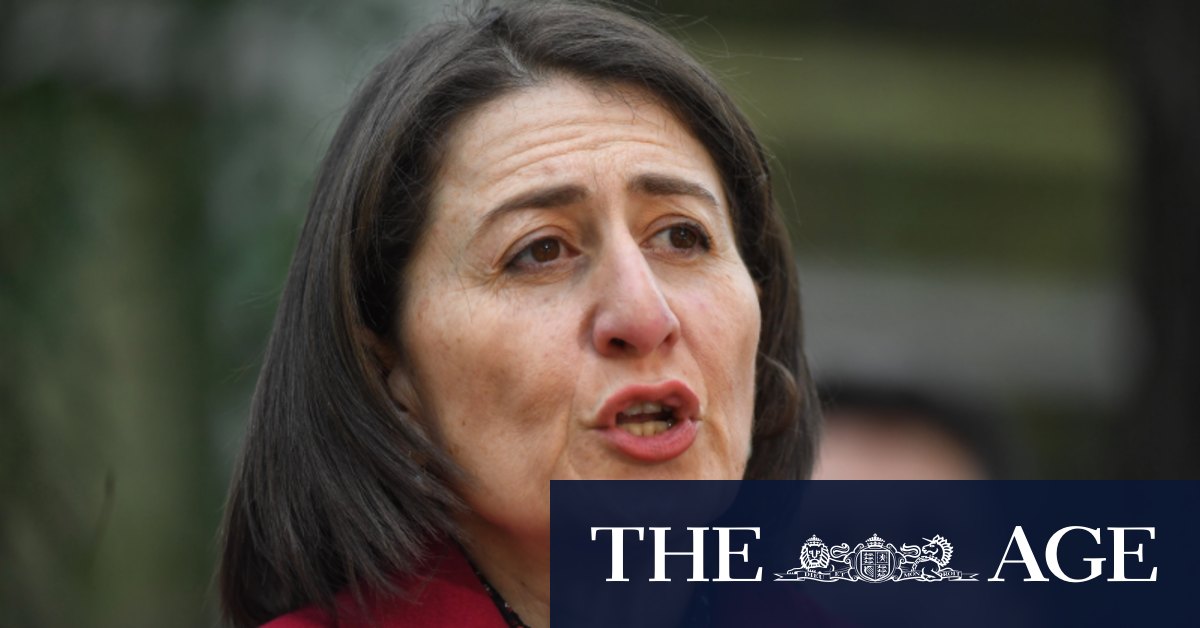 The state’s COVID-19 cases have hovered between six and 20 each day throughout July and early August. Mr Dominello said Prime Minister Scott Morrison wanted that figure at zero.

Mr Dominello’s comments came as Premier Gladys Berejiklian urged everyone to “have a mask in their pocket or bag” to use in situations where they may feel uncomfortable.

The Opposition wants face masks to be mandatory on public transport, in supermarkets, shopping centres and places of worship in NSW, but Mr Dominello said forcing people to wear masks at this stage could have the opposite effect.

But health authorities have been unable to trace the chain of transmission for seven cases in the past week, in a clear sign the virus is spreading by stealth in the community.

Five of NSW’s confirmed cases reported on Monday had travelled from Victoria.

On Monday, Victoria reported 429 new cases of coronavirus and 13 deaths, taking the national death toll to 221.

Ms Berejiklian has said community transmission remained a concern in NSW, indicating the government was prepared to make further changes to border rules if needed.

“No border is impenetrable,” she said. “If you ask the border communities, they would say I am being too tough but I don’t think I am.”

She said “there was no doubt there would be a positive outcome for NSW” as a result of the Victorian restrictions because there would be less mobility of people across the border.

Ms Berejiklian said NSW remained in a “precarious” position and still faced a nervous few weeks before the impact of the Victorian outbreak would be known.

The new cases reported on Monday included a family of four with a baby who tested positive for COVID-19 after returning to their home in Wagga Wagga from a trip to Melbourne. Three new cases were returned travellers in hotel quarantine and another is someone who has recently returned from Victoria.

One of these cases ate at The Apollo restaurant in Potts Point and another ate at the Mounties club in Mount Pritchard. Another case attended the Advanced Early Learning childcare centre at Merrylands, in Sydney’s south-west.

Contact tracers have directed several people to self-isolate after an infectious person visited the Fitness First gym at Rockdale in Sydney’s south on July 27 and another infectious case attended an unnamed yoga studio in Bondi on July 23.

St Brigid’s Catholic Church at Marrickville in Sydney’s inner west has also been closed until further notice after a man and a woman tested positive for COVID-19 after attending Mass on July 25 at 5pm.

Meanwhile, Queensland Police on the busy NSW border at the Gold Coast have turned around almost 1000 people trying to enter the state. A further 58 people were denied entry at road checkpoints in the region from 4pm on Friday to the same time on Sunday.