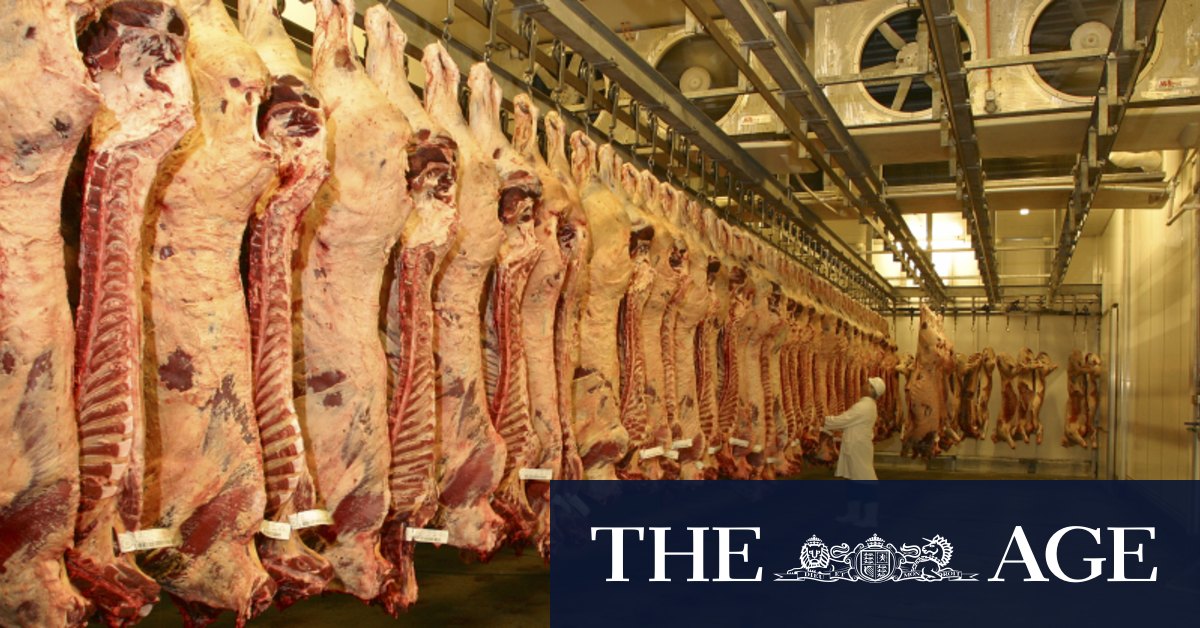 The government will consider measures to keep abattoirs working, including longer hours so staff can maintain physical distancing.

Meat works and abattoirs have presented major challenges in containing the virus. On Tuesday there were 155 cases linked to Bertocchi Smallgoods in Thomastown, 133 cases linked to Somerville Retail Services in Tottenham and 78 linked to the Australian Lamb Company in Colac.

Abattoirs will have to meet tough new conditions, including staff having to wear similar protective equipment to healthcare workers.

“There’s a chance that will flow through to price because their running costs may be affected,” he said.

But he believed there would be a continuous supply of fresh produce and said there was no need for panic buying.

Mr Jochinke urged Victorians to consider buying cuts of meat they might not usually use if their preferred products were unavailable.

He said the industry would continue operating throughout the pandemic and would adapt to the health regulations.

Melbourne butcher Peter Bouchier, who has outlets in Malvern, Toorak and the David Jones food hall in the CBD, said the weekend was ”mayhem” after rumours that abattoirs would close altogether.

Mr Bouchier said some people were spending $500 to $600 amid fears there would be a food shortage. “Online went ballistic; we’ve had to shut it down each day because we can’t cope,” he said.

Mr Bouchier said the panic buying had put a lot of pressure on staff.

“It was terrible,” Mr Bouchier said. “When people panic buy it empties the shelves. Once people see it empty out they get a star gaze in their eyes and just buy. It’s just a shame … if everyone would just take a chill pill.”

Victorian Agriculture Minister Jaclyn Symes said the government was working to make sure disruption to food availability was minimal.

She said some abattoirs had already asked whether it was possible to run for longer hours to ensure operations continued with physical distancing.

“It is one option that the industry may want to consider,” she said.

Alex Micari, chief financial officer of Tasman Butchers, said sales levels at the company’s nine outlets in metropolitan Melbourne at the weekend had been akin to the Christmas rush, or when the pandemic first took hold in March, and remained high on Monday and Tuesday.

“There was uncertainty last week about what would be open,” he said. ”Therefore you had an incredible amount of heightened demand – panic, I suppose – and you couple that with the fact there’s been some issues with meat processing facilities being closed, and comments about whether there would be a supply issues.”

However, Mr Micari said there were still plenty of meat processors operating, and Tasman was able to process carcasses for its shops.

“If everyone accepts there’s plenty of product and just buys what they need, there will be plenty of supply,” he said.