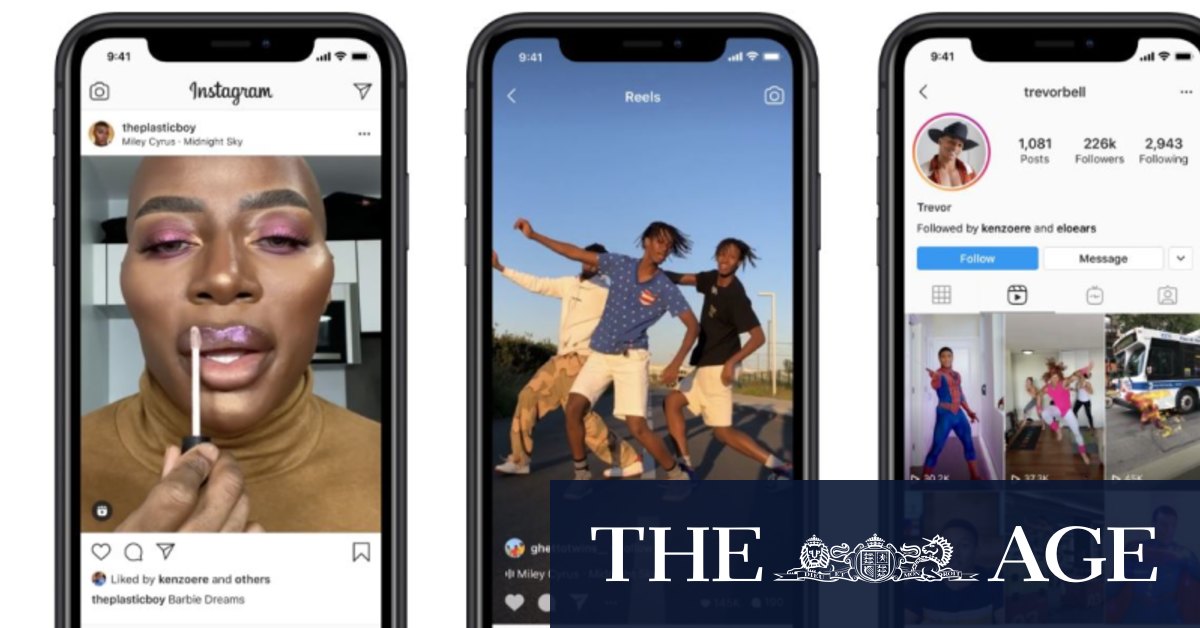 Facebook earlier launched a TikTok knockoff called Lasso in 2018, but closed that down in July. It also tried services similar to Snapchat called Slingshot and Poke before Instagram Stories caught on. But those were separate apps — it might have more success with a feature built into Instagram.

In fact, copying Snapchat’s features was successful for Instagram in part because Snapchat was difficult to figure out for new users. They were already comfortable with Instagram. But TikTok is very easy to use – easier than Instagram – and part of its appeal is that you’re able to sit back and scroll endlessly with just swipes, without the need to follow anyone or post anything.

Even with the success of Stories, Snapchat remains popular with younger people, though the Instagram feature has likely limited its growth. Snapchat has more daily users than Twitter.

For Reels to succeed, Facebook will have to lure video creators away from TikTok. This might be easier to do with Reels since many creators are already on Instagram. In response to published reports that Instagram is paying TikTok influencers to join Reels, Instagram said in a statement that the company “have a long history of reaching out to emerging creators and working to break new stars on Instagram.”

“As with previous products, we remain committed to investing in both our creators and their overall experience, and in certain cases, we may help cover production costs for their creative ideas,” the company said.

TikTok, in turn, launched a $US200 million ($278 million) “creator fund” in July that it says will grow to over $US1 billion in the US in the next three years and more than double that globally, to pay video creators for their material.

TikTok, however, is under fire, possibly opening an opportunity for Facebook.

Microsoft is in talks to buy part of TikTok in what would be a forced sale, following threats from President Donald Trump to ban the Chinese-owned video app, which claims 100 million U.S. users and hundreds of millions globally.

Experts think Facebook has an opportunity to lure in young users with Reels, but its success is not guaranteed.

“Social media users, especially younger users, tend to use social platforms for different things,” said eMarketer analyst Debra Aho Williamson. This means Snapchat to message friends privately, Facebook to keep up with school groups or check up on parents and grandparents, Instagram to follow their passions and TikTok for entertainment.

“Instagram has put a lot of effort into developing Reels and making it attractive to TikTok users and the creators who work on the app, but I’m not sure it can replace TikTok,” Williamson added. “Even if TikTok were to be banned in the US (which I think is unlikely to happen), users would find a way to keep using it. They are incredibly loyal and protective of TikTok.”

Since early July, some TikTok users have been posting videos urging viewers to follow them to other platforms like Instagram, reflecting the threat of a TikTok ban. Mary Keane-Dawson, Group CEO at the influencer marketing agency Takumi, said the creators she works with have been sad, angry and upset about the threat of a ban. Still, they’re “pragmatic,” she said, and the smart ones were already active on TikTok, Instagram and YouTube.

Reels is debuting in over 50 countries, including the U.S., the UK, Japan, Australia and others, as well as officially launching in the test countries — Brazil, France, Germany and India.

Previous New York City sets up quarantine checkpoints for interstate visitors
Next ‘State of shock’: Arrests made in Lebanon as recovery from blast begins