How to fill the tradie skills gap: women

admin August 5, 2020 National News Comments Off on How to fill the tradie skills gap: women 536 Views 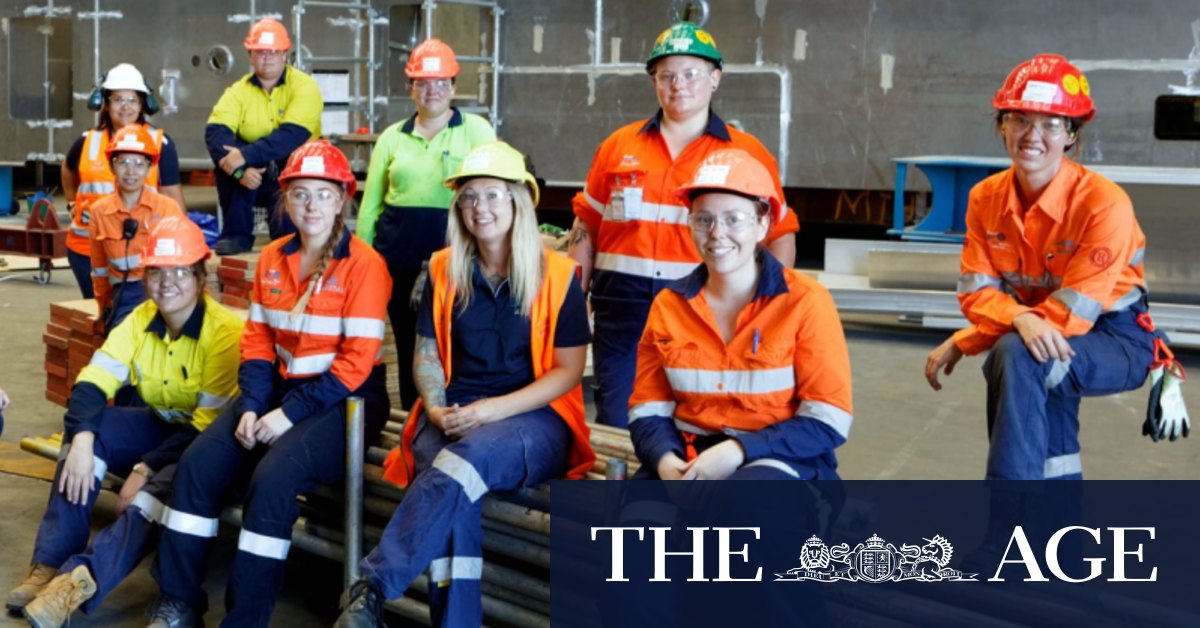 The skills shortage, which Australia has happily met with temporary skilled worker visas, now needs a different answer. The thought that Australia might lose its fruit and wine industries – because we relied on foreign backpacker pickers instead of our own – should be too much to bear. Hard thinking is required.

Increased automation has always been favoured by Australian companies as the answer to labour shortages. But it need not be, and, with COVID-19 wreaking havoc in the labour market, now is the time for new answers to old problems.

These might finally provide Australians with a diverse range of work opportunities suited to their abilities and circumstances and the opportunity to be the best they can be.

To date, Australia has one of the most gender-segregated workforces in the developed world; COVID-19 could change that. Take the role of women in the technical workforce, the tradies who actually make stuff, fix things, build the country. The percentage of women in the construction and mining-related trades hovers around the 3 per cent mark, depending on the trade.

Once you would have said this was the consequence of heavy equipment and even heavier objects, but hydraulics and precision engineering have taken much of that load. The same goes for a swathe of other trades, including painting and decorating. Which Australian woman has not painted at least one room of a house?

It beggars belief that we have been importing skilled tradesmen, yes, men, when we have thousands of girls leaving school either to enrol in TAFE or university courses with low job prospects or low pay and often which don’t reflect their interests.

Of course, it needs to be said that there are fewer girls than boys interested in mechanical trades, undoubtedly the result of nature and nurture. But you can be sure there are more than we ever see in TAFE classes. The feedback from TAFE instructors, for your interest, tends to be that girls will often top these courses but not get the jobs.

They end up teaching, doing something else entirely or going onto the degree level. Which may be great for them but doesn’t solve the problem of the country needing to make more stuff and, now, more of its own stuff.

With governments focused on infrastructure investment to stave off mass employment and lift productivity, there should also be serious thought given to using this investment to broaden the skilled worker opportunities for neglected sources of labour: women, Indigenous Australians and people with disabilities.

It won’t be as simple as offering more scholarships to women, Indigenous people or Australians with disabilities who want to be boilermakers. It will more likely require employers to review their work practices and ensure they are ready and able to take them on.

It is not about strength, weight or height requirements. It’s about culture. As sex-discrimination case law so clearly demonstrates, necessary workplace changes are more than extra toilets. They include worksite leadership, mentoring, conversations with the blokes on the tools, and clear rules about acceptable and unacceptable comments and conduct that are demonstrated from the top down. Crucially, they include the foreman or the team leader.

Again and again, companies fail to meet their noble declarations because they implement so badly. But they can’t afford not to. They just need help to make it happen.

None of this should be beyond the capacity of Australian governments, training bodies and employers; the difficulty of the task should not put them off.

Pru Goward is a former sex discrimination commissioner and NSW Liberal minister. She is a professor at Western Sydney University and a director with Taylor Fry, data analysts and actuaries.