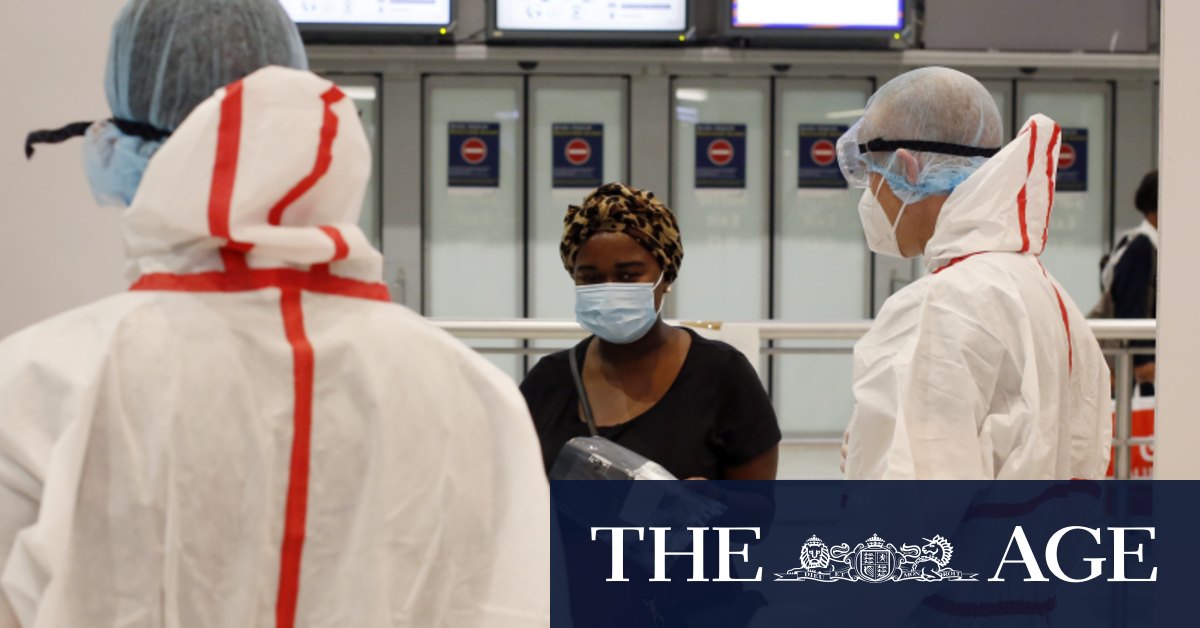 Norwegian authorities are also discussing whether to update guidelines on the wearing of face masks in crowded spaces.

The country has already closed its ports to large cruise ships after an outbreak aboard the MS Roald Amundsen.

Other countries in Europe are also considering what measures to impose to prevent a new wave of infections.

Germany on Thursday announced mandatory tests for travellers returning from high-risk regions as coronavirus cases breached the 1000-a-day threshold for the first time since May.

The move was in part mirrored across the border in Austria, where all travellers returning from Spain will now need to present a negative test. The move by Austria does not include Spain’s Balearic and Canary islands.

Even so, the testing requirements announced by Germany and Austria are the latest blow to Spain’s tourism-dependent economy after Britain and Switzerland warned their citizens against taking summer holidays in Spain.

The spread of the disease in Spain slowed after the government imposed one of the strictest lockdowns in Europe. However, new cases have started rising again and hit a post-lockdown record of 1772 new cases on Wednesday.

Austria has weathered the coronavirus crisis quite well so far, but saw infections increase with the summer holiday season. The government there is concerned summer travellers will bring the infection home with them.

Austria has already imposed tight testing requirements for arrivals from the Balkans after it saw an increase in infections among people returning from the region. It now has travel warnings in place for Albania, Bosnia, Kosovo, Montenegro, North Macedonia and Serbia, as well as for European Union member states Bulgaria and Romania.

‘Trouble ahead’ for US: Fauci

White House health experts have warned of a slow rise in the percentage of people testing positive for the coronavirus in US cities such as Boston, Chicago, Detroit and Washington, and urged local leaders to remain vigilant to avoid a surge.

“This is a predictor of trouble ahead,” Dr Anthony Fauci, director of the National Institute of Allergy and Infectious Diseases, told CNN on Thursday.

Ohio Governor Mike DeWine on Thursday became the latest senior elected US official to test positive. He said he was tested as part of a safety protocol ahead of the arrival of US President Donald Trump in Cleveland.

Fauci was speaking after the White House coronavirus taskforce coordinator, Dr Deborah Birx, identified new areas of concern for infections in a telephone call with state and local officials on Wednesday.

Baltimore and Atlanta remain at a “very high level,” as well as Kansas City, Portland, Omaha and the Central Valley in California, Birx said.

White House data shows small increases in the percentage of positive COVID-10 tests in Chicago, Boston, Detroit and Washington. Those places need to “get on top of it,” Birx said.

The epicentre of the US outbreak initially focused on the highly populated area around New York City, but has since spread to diverse communities from coast to coast, driven in part by summer vacation travel.

Despite imposing the longest, strictest lockdown in south-east Asia earlier this year, coronavirus cases in the Philippines have now surged to almost 120,000, eclipsing Indonesia to become the region’s biggest outbreak.

The country has re-imposed a second lockdown on its capital and nearby areas to curb infection spread, even as the economy suffered its deepest contraction on record, shrinking 16.5 per cent in the second quarter from a year ago.

In the Philippines, the virus’ resurgence has been fuelled by testing gaffes and failures in quarantine protocol in the face of over 100,000 overseas workers arriving home after losing their jobs in other countries.

As people returned to offices and families gathered again, infections surged 500 per cent in over two months of easing before the government reimposed a lockdown earlier this week.

President Rodrigo Duterte’s government loosened restrictions too soon, without ensuring that local officials could trace and treat infections, said Anthony Leachon, an internist at the Manila Doctors Hospital. Problems with hospitals’ capacity to accept patients were also recognised too late, he said.

“When we realised it, the cases were too enormous for us to control and at a time when we are short on budget,” said Leachon, a former adviser in the government’s coronavirus taskforce.

Washington: Roger Waters says Mark Zuckerberg asked to use one of Pink Floyd’s most famous …