NRL 2020 as it happened: Roosters prove too classy for dour Dragons

admin August 6, 2020 Sport Comments Off on NRL 2020 as it happened: Roosters prove too classy for dour Dragons 46 Views 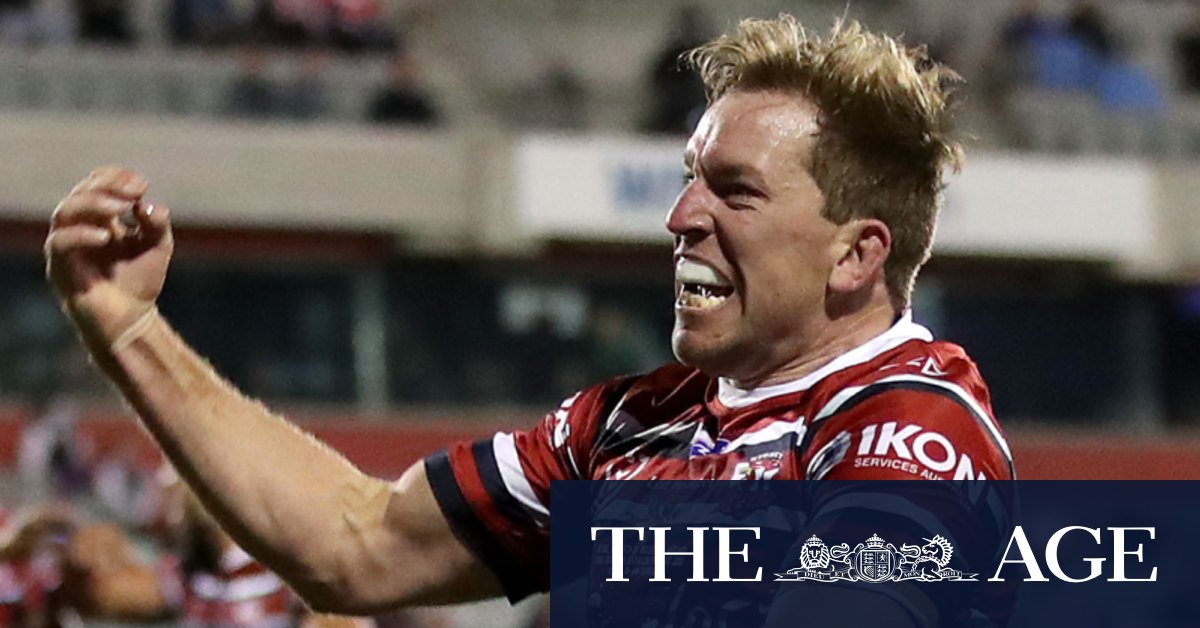 If one game could sum up where these two clubs are at, that was it.

The Dragons had enough ball in prime real estate to win four games of footy. But a couple of brain explosions at both ends of the field cost them the two points. The talent is there, the composure and know-how is not.

The undermanned Roosters defended as though their lives depended on it and took the few opportunities they had with both hands. That’s why they’re the best of the best.

The Roosters have finished with a 24-16 win in Mitchell Aubusson’s 300th NRL game.

Too little, too late for the Dragons.

Moments after Tyson Frizell bombed a near certain try by brushing a wide open Mikaele Ravalawa, Dufty grubbered in behind a scattered Roosters line and chased down the loose ball to score.

Luke Keary palmed Jackson Ford in the lead up to his try and the Dragons forward clearly tried to trip the Kangaroos playmaker.

It was a very dangerous play – so much so that Phil Gould wanted Ford sent from the field.

He could be in some hot water with the NRL judiciary come tomorrow morning.

The premiers are home and hosed.

Great hands from Isaac Liu puts Luke Keary in space and the superstar playmaker did the rest.

He’s scored a well deserved try and the Roosters are well clear.

Just like that, one play has summed up the Dragons’ season.

Not a single player sporting a Red V thought it would be a good idea to claim a towering Luke Keary bomb.

James Tedesco took the initiative, found an unmarked Joey Manu out wide and the New Zealand international has a double.

Diabolical stuff from the Dragons.

The Roosters still have a 16-10 lead but they’re far from home and hosed at WIN Stadium.

There’s 20 minutes left to play and the Dragons remain right in the contest.

Who’d be an NRL fullback?

Taking punishment like this is why the men wearing No. 1 are often on the biggest of bucks.

Adam Clune has nailed a 40-20 and the Dragons are on the attack.

Sitili Tupouniua is in and the Roosters are back in front.

Sleight of hand from Luke Keary created space for Ryan Hall down the right wing and the English international charged clear.

He was dragged down by desperate Dragons but managed to squeeze the ball back to Keary. He found Tupouniua on his left and the rampaging forward wrestled the ball down.

Previous Sydney FC stop the rot against Adelaide but still searching for win
Next ‘Selfish behaviour’: McGregor reprimands Vaughan as Roosters down Dragons