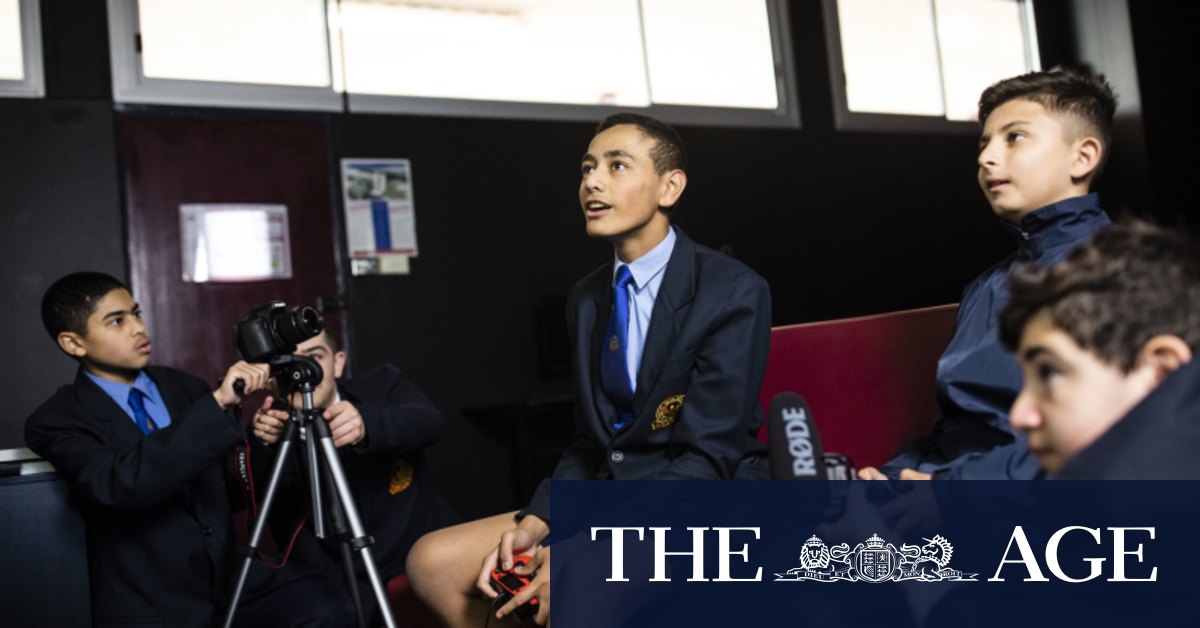 Education Minister Sarah Mitchell said student perspectives and experiences shaped schools. “It will also provide students with opportunities to refine their writing and content creation skills, along with pitching their stories and ideas,” she said.

When the site is launched on Friday, it will feature a video by year seven to 10 students at Punchbowl Boys’ High School about how to keep gaming in check.

The deputy principal, James Cooper, said the theme was “making sure you own the game, and the game doesn’t own you”.

“The scenario was a young man too much into games and dismissive of his family – not really interacting as well as he could. The second half was looking at the alternative, and the benefit that comes from connection with family and friends.

“The boys really enjoy the process of the video making, and their parents were so proud to see the skills they’d developed. It builds that opportunity to practice skills they’re going to use in the future,” Mr Cooper said.

Students at The Forest High filmed their Wednesday league, a soccer tournament they began after noticing the oval was empty at lunchtime.

It pits a team of year 12’s most avid football fans against a “best of the rest” team that includes basketballers and skateboarders.

One of the students enlisted former ITV broadcaster Peter Drury and Fox Sports veteran Simon Hill to commentate. “I was eager to make it the most legitimate and professional platform I have the ability to do, and to show all what us school kids can do,” said student Jude Dolan.

Senior students from Macksville High recorded their feelings about COVID-19, including mass disappointment at cancelled driving tests. “When that does come back that’ll be a long waitlist I reckon. There’ll be heaps of kids piled up,” Elouise Ennis said.