admin August 6, 2020 Sport Comments Off on Sydney FC stop the rot against Adelaide but still searching for win 19 Views 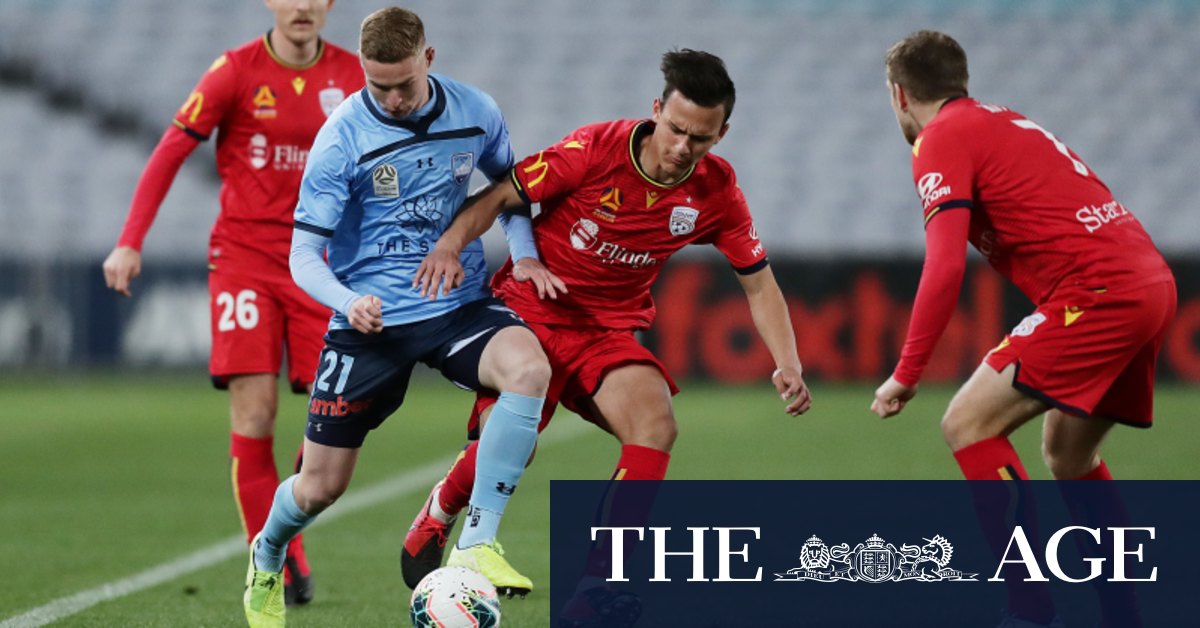 “Other than the set piece goal we conceded, I think the first half was ok but I think the second half was much better. I think that was more the standard that we expect,” Sydney FC coach Steve Corica said.

Sydney’s backline was still in slumber in the 13th minute when Elsey broke the deadlock. Slack marking from a corner gave Reds centre-back plenty of space inside the box and he took full advantage, putting Adelaide into the lead with a powerful header.

The fluid attack Sydney were synonymous with before the forced break was slow to come to fruition. A laborious display in attack didn’t look like threatening Adelaide until an unlikely source created an opening minutes before the break. Fullback Harry van der Saag surged forward to put Trent Buhagiar into the box with a perfectly weighted through ball.

Buhagiar’s first time cross left Adelaide goalkeeper Paul Izzo stranded, setting up Le Fondre to tap into an empty net for the equaliser, before van der Saag almost put Sydney in the lead on the stroke of half-time with a shot across the face of the goal.

The break didn’t halt the Reds’ hopes snaring an upset and Lachlan Brooke came within centimetres of putting them into the lead, forcing a fine save from Sydney goalkeeper Andrew Redmayne with a curling shot from distance.

Long range strikes became the norm as the match went on, Alex Baumjohann returning serve for Sydney FC before the hour mark but Izzo was up to the test. Eight minutes later, Milos Ninkovic tried his luck from outside the box but his attempt was deflected wide.

However, it was Adelaide’s Riley McGree whose long-range strike came closest to turning the tide. His vicious shot from the edge of the box was turned away from goal by a quick reflex save from Redmayne.

Neither side mustered much in the way of clear chances in the second half, the Reds seemingly content with a point that edges them closer towards a finals berth. They move four points clear of Newcastle in seventh and five points ahead of Western United, the latter having three extra games to play.