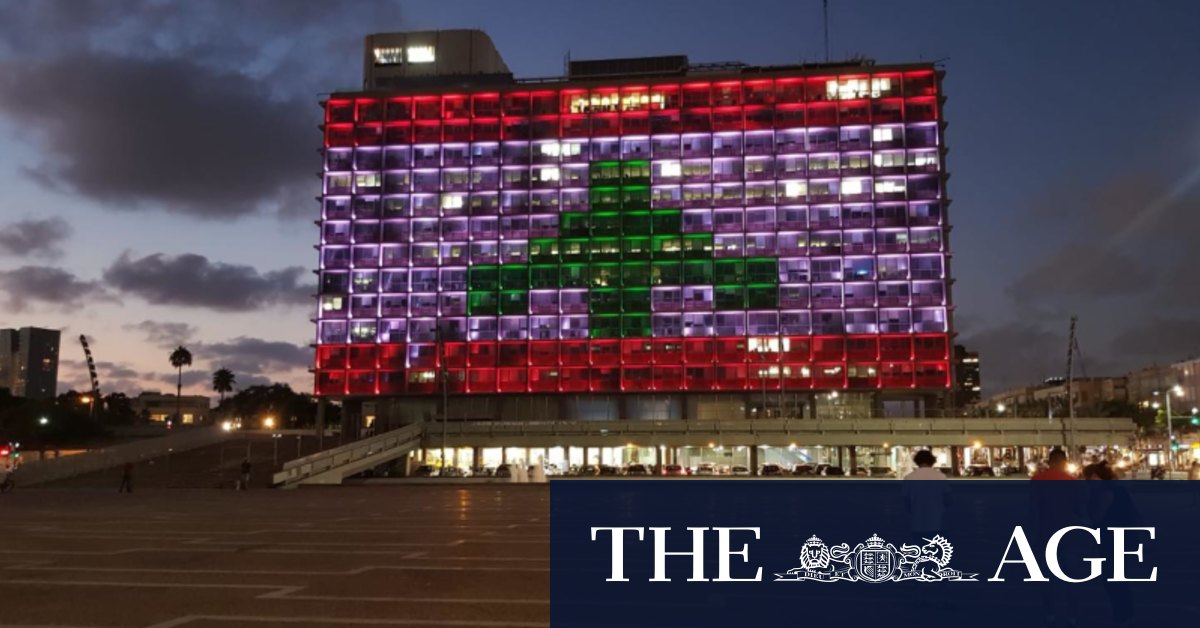 But, arguing that “humanity comes before any conflict”, Tel Aviv Mayor Ron Huldai ordered City Hall on Rabin Square, named for the late Israeli prime minister Yitzhak Rabin, to be illuminated with the Lebanese flag on Wednesday evening.

“Our hearts are with the Lebanese people following this terrible tragedy,” Huldai wrote on Twitter.

At nightfall, windows on the 13-storey building’s facade were filled with light in the design of Lebanon’s flag: two horizontal red stripes enveloping a wider band of white, with a large green cedar tree – Lebanon’s national symbol – at the centre.

The decision drew criticism from some Israelis, including cabinet minister Rafael Peretz, who on Twitter likened it to “raising [an] enemy state’s flag in the heart of Tel Aviv”.

Lebanon has not responded to the overture, according to an Israeli defence official, who suggested that Israel with UN support could “set up and operate field hospitals on our side of the border and admit casualties from Lebanon”.

In the Israeli-occupied West Bank, Palestinian President Mahmoud Abbas declared Wednesday a day of mourning and ordered Palestinian flags in the territory to be lowered to half mast in solidarity with Lebanon.