Breaking News
Home / Business / Are the costs of lockdown worth the pain? Economists weigh in

Are the costs of lockdown worth the pain? Economists weigh in

admin August 7, 2020 Business Comments Off on Are the costs of lockdown worth the pain? Economists weigh in 143 Views 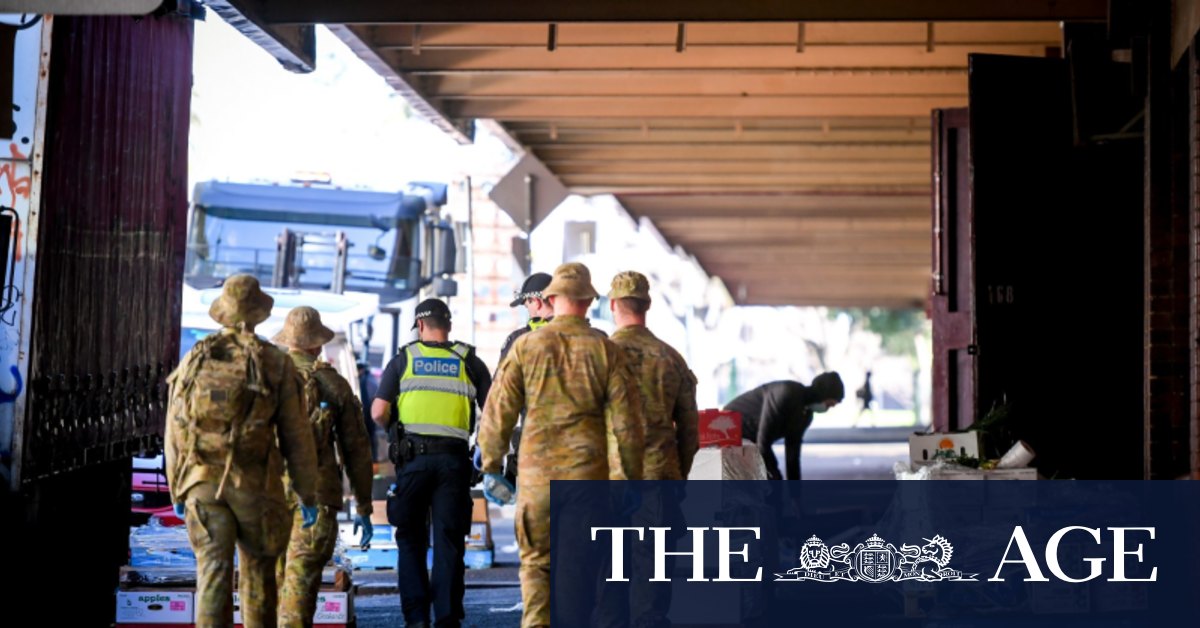 As early as April, Foster appeared on ABC TV’s Q&A to point out the trade-off of “quality-adjusted life years” from harsh lockdowns, including deteriorating mental health, increased domestic violence and higher suicides as the pressures of joblessness bite.

It includes the crowding out of non-COVID-related healthcare, lower productivity for workers forced to juggle kids at home and what she estimates as a $50 million to $100 million hit to the future wages of children who suffer interrupted schooling.

More broadly, says Foster, lockdowns and the fear they foster are incubating poor physical and mental habits among children.

“Children are learning that going outside and playing on a playground is unsafe and that they shouldn’t go and see friends because the friends might make them sick. That will stay with them. That is not an insubstantial cost; that will only be evident in many, many years. But again, how do you quantify that cost? Not easy.”

But not impossible. And Foster is clear that lockdown creates more costs than benefits: “Absolutely. If you look across the spectrum of costs, I think there’s no question.”

On the other side of the battle lines is University of Melbourne economics professor Bruce Preston, who believes equally as firmly that the benefits of lockdown exceed the cost.

Partly in response to Foster’s arguments and partly just to flesh out the issues, Preston and economist Richard Holden released a cost-benefit analysis of lockdowns in late May.

What is a life worth?

Where Foster uses “quality-adjusted life years” or QALYs in her analysis, Preston uses a “value of a statistical life” methodology, which is based on surveys that ask people how much they would be willing to pay to buy additional years of life. This yields a dollar figure on the value of a human life of $4.9 million, which is used in government as the basis for making many decisions on the potential value of policies on say, road safety or medical funding.

Based on an assumed mortality rate of 1 per cent and potential deaths of 225,000 in Australia, Holden and Preston estimated a potential benefit to society of $1.1 trillion from lockdown.

Preston concedes the evidence has since moved on to show a much lower mortality rate from COVID-19. But he still thinks the potential benefits of lockdown, while lower, exceed the costs.

‘The economics is clear-cut that it’s better to shut down.’

“I think the economics is clear-cut that it’s better to shut down,” he says.

“I think the economic costs of not dealing with the public health problem are more significant than dealing with it and getting back to normal life.”

Preston says many of the costs that opponents of lockdown point to arise with or without lockdown.

“You get the recession regardless of whether a government mandates a lockdown. It’s not the lockdowns that are costly, it’s the virus.”

A substantial point of difference between opponents and advocates of lockdown appears to be whether lockdowns actually work to eradicate the virus and yield the potential benefits touted.

Foster is sceptical: “I actually don’t see the benefit of locking people down. The burden of proof should be on the government that these lockdowns actually save lives and I’ve not seen that that’s true. The hardest lockdowns started after infection rates were peaking and then started coming down.”

Preston says there is little choice but to try. The alternative, of stop-start reopening and shutdowns, destroys confidence.

“That’s going to be way more problematic than just getting on top of things. I think an important question for Australia is why we just didn’t get it done back in April and May. My sense is the Prime Minister kind of lost his nerve and caved in [when] business urged reopening.”

Advocates of lockdown say they produce less economic damage in the long run, if successful.

Says Preston: “I think you give people the confidence to engage in normal economic life and I think without that confidence, it’s going to be impossible to get the economy back on track.”

Sweden is a sticking point in the debate.

Foster agrees Swedish people engaged in precautionary behaviour even without lockdown.
But they were happier, she says, than those subjected to strict rules.

She says: “I’ve seen some survey data from them where they didn’t look like they were as scared about the virus relative to other things as other countries’ populations were. So they actually did a much better job of controlling the fear and then you have just higher satisfaction and everything else.”

Foster says surveys in Britain show people there have suffered a slide of 0.7 percentage points in life satisfaction on a scale of 0 to 10. That could be due to the lockdowns or just the fear of the virus itself.

‘Those kinds of deprivations cause mental stress.’

“When people are shut off and away from their family, their friends et cetera, we do know that those kinds of deprivations cause mental stress,” she says.

“You have to make a judgment call on what fraction of the fall in the UK wellbeing data, for example, is really attributable to that versus just being scared of the virus.”

Foster concedes she has not published a full cost-benefit analysis of lockdowns because “the quest for that perfection is foolhardy”.

Preston and co have attracted harsh criticism for the assumptions in their modelling.

But the war of the cost-benefit analyses over lockdowns is far from over.

As Australia’s business community starts a pushback against Melbourne’s harsher lockdowns, and as the situation in Sydney hangs in the balance, the debate has much further to run.

Foster says her anti-lockdown position is not ideologically driven, as it is for some commentators.

She says: “My position, as with everything that I take a position on, is not motivated at all by any kind of adherence to an ideological camp or political party or any other ideas-based conviction. It’s very much more: what can we do, practically speaking, right now, to best promote human welfare. If there is an ideology that motivates me, that’s what it is: how do we get the best welfare?”

The need to promote the welfare of Australians through continued economic growth and job protection for the long run is, ultimately, something upon which economists on both sides of the lockdown debate agree.

They just have very different answers on how we should achieve it.

Jessica Irvine is a senior economics writer with The Sydney Morning Herald.

Previous George Alex secures bail as business ‘jigsaw puzzle’ revealed
Next ‘It would be unthinkable’: Crown Resorts’ credibility in the crosshairs