Australia is a minion in the global vaccine arms race

admin August 7, 2020 Federal Politics Comments Off on Australia is a minion in the global vaccine arms race 47 Views 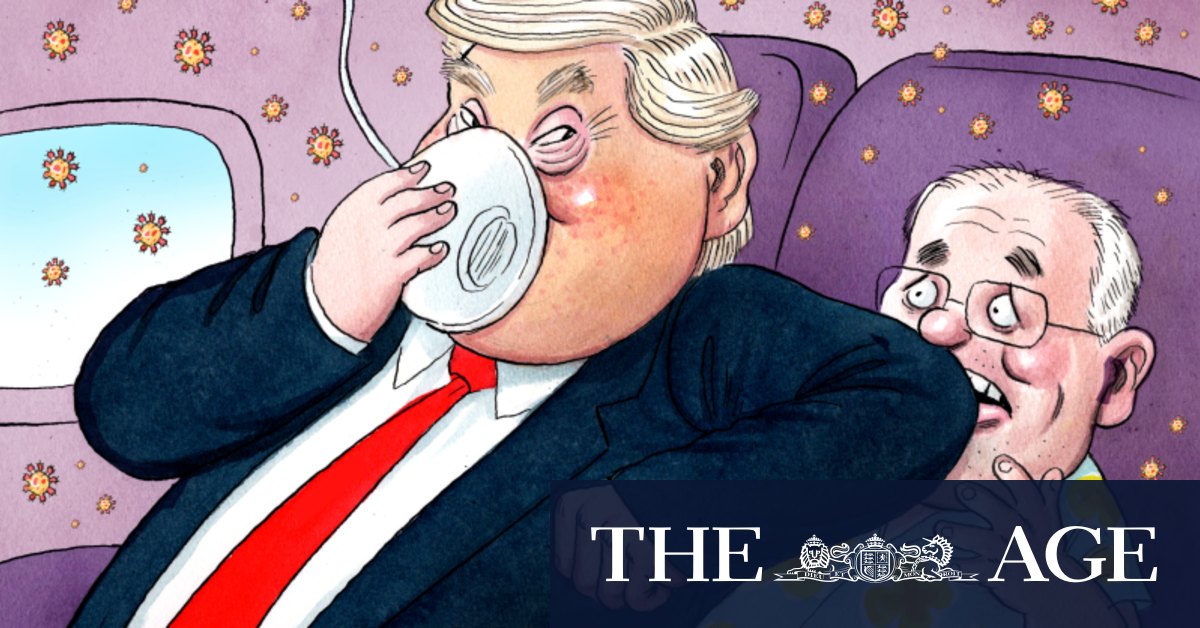 Human trials on new medications operate in three phases. Phase one trials are conducted on a small number of healthy adults, phase two on a wider age range, and phase three is mass testing.

“There’s always some risk,” Doherty tells me. “Phase three will involve 30,000 people and maybe everyone is okay, but then you give it to 30 million and you may well get some negative consequences. But it’s relative risk – the risk of the vaccine versus the risk of getting the disease.

“I suspect there will be better ones that come along later. We will get our first real indication by October,” when results of phase three trials should be available for the earliest candidate vaccines.

The executive director of the Burnet Institute in Melbourne, infectious diseases expert Brendan Crabb, says: “I think it’s looking pretty promising. I’ve never seen anything like it. It’s not uncommon for the development of a vaccine to take a decade or two. All of a sudden we’re looking at producing one in six to 12 months.”

Of the vaccines that have so far been tested in phase one and two trials, Crabb says “the trials showed the vaccines are doing what they should do. There’s not any that are not showing some promise.”

The most advanced of the Western world’s vaccine possibilities is the Oxford University collaboration with AstraZeneca. The most publicised is the US biotech firm Moderna’s. Both are in phase three trials.

Experts say Australia’s most promising candidate is the University of Queensland project with the Doherty Institute and the CSIRO, now in phase one testing. There’s also a prospective candidate developed by Adelaide firm Vaxine working with Flinders University, now in phase two and with hopes to be ready to go public by the end of the year. Monash University is working on a third.

Victoria’s COVID-19 recidivism has plunged Australia’s health and economic performance – and its mood – into gloom. But if these experts are right, we need look only some months ahead to see a brighter vista.

That’s the good news. The bad? There is no Roosevelt. No Churchill. There is only Donald Trump and Boris Johnson. Men who have devoted themselves not to building a more collaborative world but to dismantling international co-operation.

The US is not planning the post-pandemic world and neither is Britain. They are making plans for themselves.

Sure, they’ve signed up to some fine sentiments. In the communique of the G20 emergency summit in March, all 20 nations including the US, Britain, China, India and Australia pledged to co-operate to share their vaccines.

But a Trump administration official later likened vaccine distribution to the advice from cabin crew on what to do if oxygen masks are needed: “You put on your own first, and then we want to help others as quickly as possible,” said Peter Marks, a senior official of the US Food and Drug Administration.

In an essay titled The Tragedy of Vaccine Nationalism, Thomas Bollyky and Chad Brown write in the journal Foreign Affairs: “The major difference, of course, is that airplane oxygen masks do not drop only in first class – which is the equivalent of what will happen when vaccines eventually become available if governments delay providing access to them to people in other countries.”

The Trump White House has committed some $US10 billion to “Operation Warp Speed” to find vaccines for Americans only. It has signed deals for vaccine development and supply with at least five drug companies. The UK has walked away from an EU joint effort and struck four supply deals with pharmaceutical firms for itself. It’s the same in one rich country after another.

China, source of the pandemic, pledged to be the source of the protection against it for the world. Beijing-based Sinovac and state-owned Sinopharm are conducting phase three trials. A third Chinese firm, CanSino, reportedly is administering its vaccine to the People’s Liberation Army already. Western immunologists, however, don’t trust the levels of Chinese vaccine disclosure.

Yet some nations have even less trust in the US and the Western world. The Philippines’ President Rodrigo Duterte has asked Beijing for a vaccine and, if necessary, the credit lines to pay for it. The Philippines certainly will not be the only country to throw itself on the mercy of Xi Jinping if global co-operation fails.

What is the Morrison government up to? It’s invested $5 million into the Queensland University vaccine effort, and the state government has committed a further $10 million. In addition, the federal government has invested $230 million in CSIRO vaccine research. Its total outlay on COVID-19 vaccine development so far is $265 million.

Canberra is also talking to London about access to UK vaccine licences. And Morrison has talked to French President Emmanuel Macron about possible licensing of any French vaccines.

Further, federal government sources say officials are exploring the possibilities of paying for supply options with all the world’s top pharmaceutical firms. Australia has not yet signed any vaccine supply agreements.

Labor is unimpressed. “If the University of Queensland vaccine works, that’s fantastic,” says Labor’s health spokesman, Chris Bowen. “Vaccines in development have a 96 per cent failure rate. We are putting all our eggs in one basket. And not many eggs.” He says the $5 million for the UQ project is derisory.

Bowen points out that Britain has invested 25 times as much in the Oxford candidate, and Germany outlaid half a billion dollars to buy into German vaccine developer CureVac.

Privately, some international public health experts agree with Bowen. “Are other governments further advanced?” poses one. “Yes they are. Australia is not at the front of the pack. They really need to be mobilising. This is a global arms race and you don’t want to be last.”

No matter how successful Australia’s disease control may be, no matter how strong its economic recovery, if Morrison bungles vaccine supply his government will be very exposed. With the speed of vaccine development, the government is at risk of being ambushed.

Australia has some secret, or not so secret, weapons. First is the quality of its scientists and medical researchers. That is priceless in vaccine development but doesn’t help get a successful vaccine manufactured and distributed in the millions, at speed.

For that, Australia’s great national asset is CSL. The formerly government-owned Commonwealth Serum Laboratories is now the most valuable company on the Australian share market. It’s working with the UQ project as well as examining other vaccine options.

But many critical steps remain. How quickly can any vaccine be manufactured and distributed? Where are the requisite supplies of basics such as medical glass for making vials? Who are the priority categories for vaccination, presumably health workers, first responders and the elderly and immuno-compromised? What’s the distribution mechanism? These are yet unanswered.

And while the Australia supports international vaccine efforts through Gavi, the global vaccine alliance, and CEPI, the Coalition for Epidemic Preparedness Innovations, its financial commitments are so far relatively small and tentative. Australia could be much more active as a leader in the Indo-Pacific.

Not only for philanthropic reasons but also very selfish ones. As Burnet’s Brendan Crabb says, it’s a fantasy to imagine that Australia could immunise its population and somehow feel safe: “The idea the we can live with this protection even though there’s a ton of COVID-19 all through the region we live in is unrealistic. We will not be free of COVID until everyone is free of COVD.”

Morrison struck the right note on Friday: “Whoever finds this vaccine must share it. Any country that were to find this vaccine and not make it available around the world, without restraint, I think would be judged terribly by history.”

He added: “Australia, we pledge that if we find the vaccine we’ll share it. I think every country’s leader should say that.”

That seems too much to hope for. Much urgent work remains. Australia has to win the war and design the peace.